Apple has been hard at work developing new multitouch gestures, and also making gestures more intuitive, according to multitouch related patents from Apple recently published by the US Patent and Trademark Office, and uncovered by PatentlyApple. The gestures have interesting names: Star, Crossbar, Ohm, Scoop and more.

The patents are for both mobile devices and desktops. The finger moves sound like they will take some getting used to, like Ohm and Wiggle (multiple short movements with sharp changes in an arbitrary direction.) There are also gestures that involve just drawing familiar shapes with a finger: star, arrow, circle, crossbar, and the infinity sign.

Apple hopes that these gestures will “reduce the cognitive burden on a user while saving battery life,” since the gestures will help do tasks more quickly.

There was talk of multitasking gestures being a part of iOS 4, and developers can still access them using the SDK tools. There are also apps for jailbroken devices that unlock new gestures. So it is no surprise that Apple is moving in this direction. Below are some of the gestures proposed: 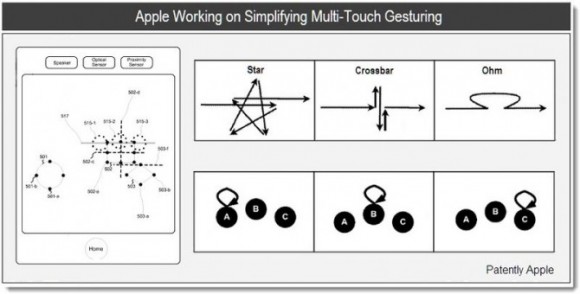 One would hope that these will be intuitive and easy to remember. Remember Graffiti? 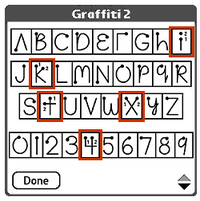