Movies Anywhere’s co-viewing Watch Together feature arrives for everyone

Cloud-based digital locker Movies Anywhere has launched its new co-viewing experience for all users amid months of beta testing its Screen Pass feature. With this new feature, which is called Watch Together, Movies Anywhere users are able to watch a digital streaming show with their friends and family even if they’re located in a different part of the country.

The idea of joining a group of friends or family members (or even Internet strangers) to watch the same streaming movie at the same time is not new. However, until over the last few months, pulling off this joint viewing session required a bit of technical finagling that left less tech-savvy users from participating.

Things changed rapidly with the sudden arrival of the pandemic and the resulting need to socialize across a (mostly digital) distance. A number of streaming services scrambled to introduce their own co-watching features, making their services more appealing to consumers who were suddenly streaming much, much more content than usual. 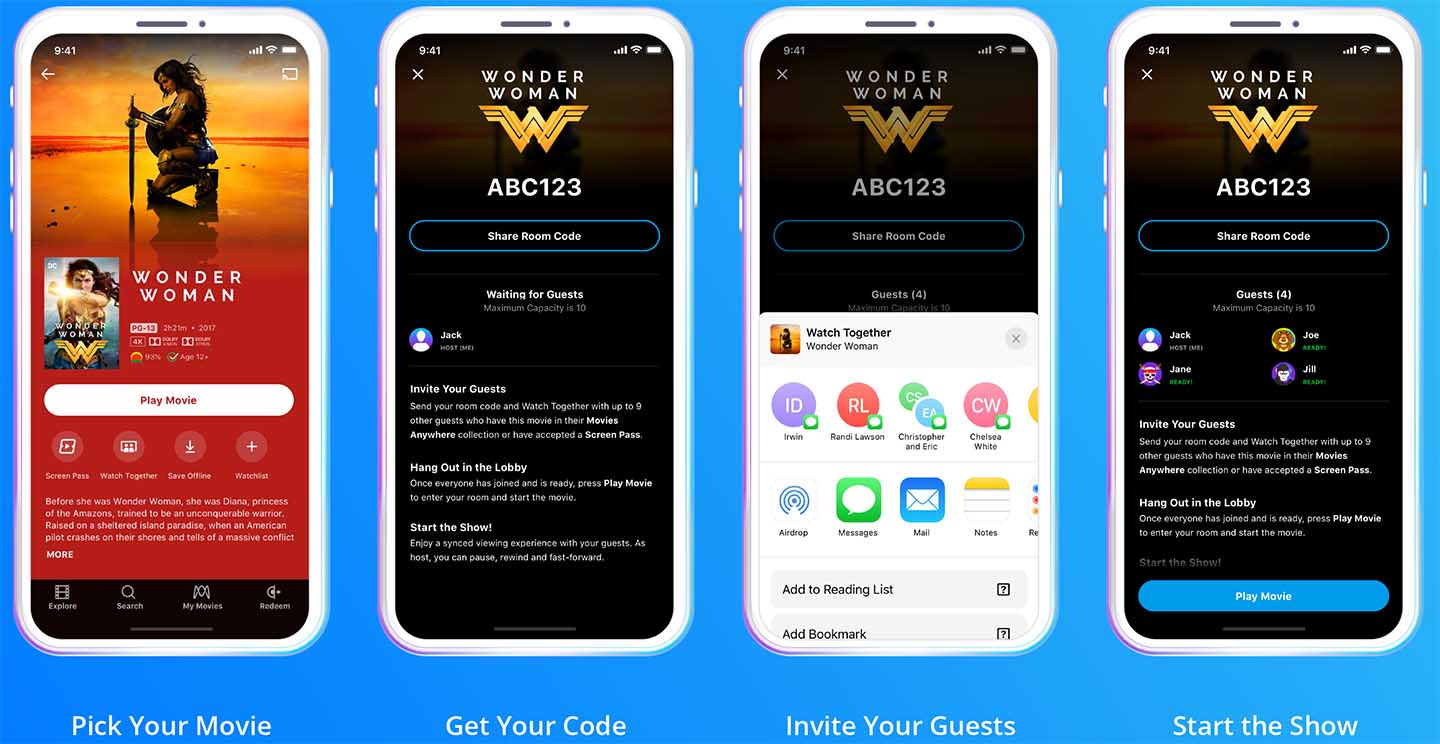 Movies Anywhere, the digital locker for a vast number of films, has introduced its own co-viewing feature called Watch Together. The new option has been made available to all Movies Anywhere users, enabling them to participate in a group movie night with people who aren’t in the same location.

As of now, anyone can use the Watch Together co-viewing feature on Movies Anywhere, enabling them to host a movie night or join someone else’s movie session, chat with everyone else who is watching the movie, and see the content synced up with everyone else so that no one is left behind. Watch Together is available on mobile, smart TVs, and the web using the Movies Anywhere app. The feature doesn’t require a third-party plugin. Check out the video above to see how the invite and hosting process works.

Note: Watch Together requires everyone in the session to have either purchased the movie or to have received a Screen Pass from the host.