Motorola says that creases and bumps are only normal on its first foldable phone but we doubt it would make the same claim about peeling. The former set of blemishes is pretty much just that but a peeled layer literally destroys the phone and prevents further use. That is the rather unfortunate experience of at least one Motorola Razr owner that also calls into question the long-term viability of the company’s already embattled attempt at salvation.

To be clear, Input’s Raymond Wong insists that the Razr didn’t encounter any physical trauma or strenuous use that would have resulted in such damage. His only theory would be the extreme fluctuations in temperature which any phone, foldable or not, should already be resistant to. Given how the Razr also fared poorly on repeated folding tests, there might indeed be something inherently wrong in the structure and design of the phone.

After just a week of normal use, including taking lots of photos that everyone does these days, Wong noticed an air gap forming across the width of the phone from hinge to hinge. The best way to describe it was as if a plastic screen protector was incorrectly applied and was starting to peel off. In this case, however, it was actually part of the screen that was separating from the display panel, similar to what the first Galaxy Fold suffered when users tried to remove what they thought was just a screen protector.

The problem isn’t simply cosmetic either as the gap made the display unresponsive in the middle of the screen. There is also what looks like a fracture across the screen but is actually just the pixels being damaged because of the split. 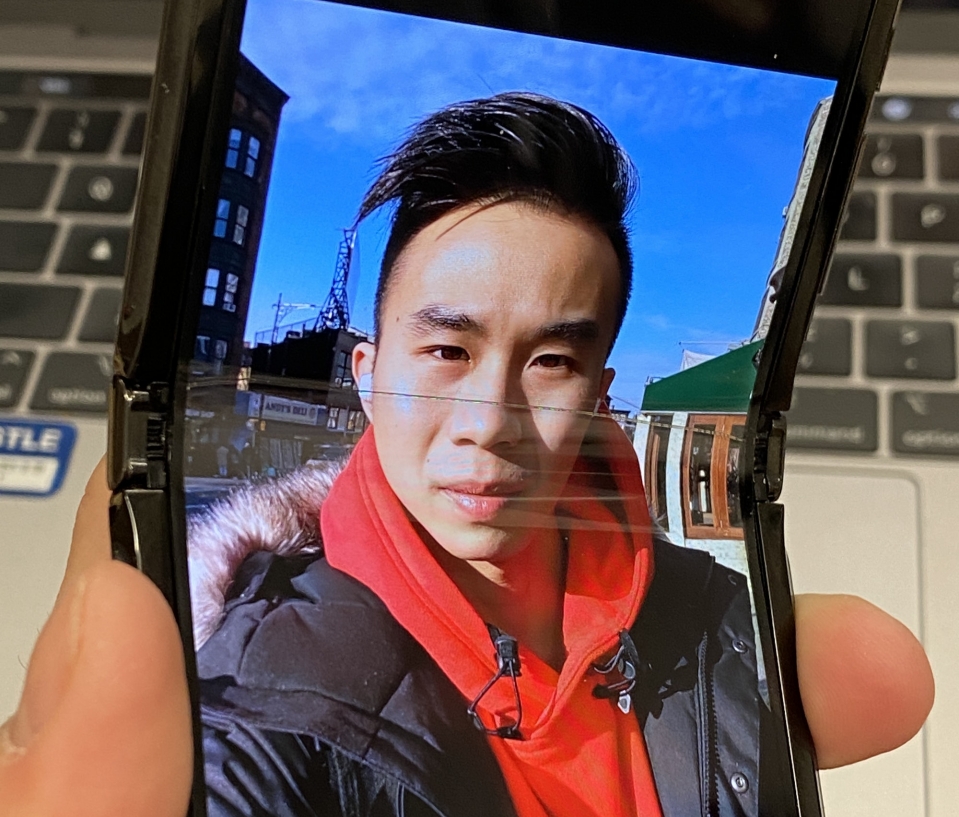 It is definitely more than just an ugly sight and, even if still an isolated case, doesn’t inspire confidence in the $1,500 phone. There are also reports of the Samsung Galaxy Z Flip exhibiting cracks in the middle. In both cases, the exact cause has yet to be determined.