At a press event today in NYC, Motorola unveiled their new PHOTON 4G Android smartphone that looks to be a successor to the ATRIX 4G. The device has much of the same innards but sports a whole new form factor with a diamond-shaped body. We had the opportunity to get one of the first hands-on play with it. Continue after the cut for all the photos and a video.

The Motorola PHOTON 4G will come running Android 2.3 Gingerbread out of the box and is powered by a 1GHz NVIDIA Tegra 2 processor. It sports a 4.3-inch qHD display, an 8-megapixel camera on the back capable of 720p video capture with the ability to output 1020p video through HDMI, and a unique Motorola Media Link “Mirror Mode” for HDMI mirroring. 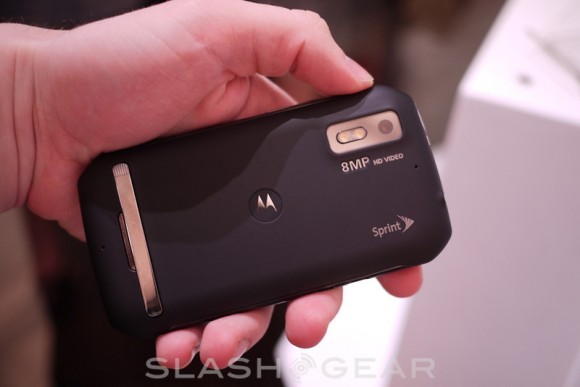 The PHOTON can connect via either 3G or 4G and can be used a wireless hotspot for up to 8 connected devices. However, this functionality will not be ready out of the box, and will come at a later date. The device is set to arrive later this summer. For now, enjoy the hands-on photos and footage below.