Motorola may be preparing a follow up to its ultra-thin DROID RAZR LTE smartphone with a new device called the DROID RAZRMAX. This move may be due to battery life concerns with the current model, like what we’ve experienced in our full review. This new iteration is expected to be slightly thicker and will sport a larger battery to fuel the power-hungry LTE device.

The speculation comes from PocketNow, which discovered a series of photos with EXIF data that revealed the photos to be taken from a device called the Motorola DROID RAZRMAX. This is not to be confused with an old flip phone called the Motorola RAZR Maxx, which had an extra “x” at the end and no Droid trademark.

Additionally, some forum activity also suggest that such a device is in the works. A forum poster had revealed visiting a Verizon store and being told by an employee that a new “Razr Max” device would be coming out in the future that would be slightly thicker than the DROID RAZR and include a larger-capacity battery. 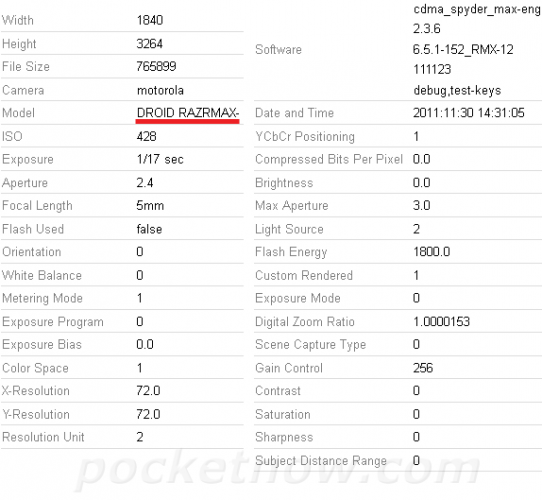