Mention the word “wearable device” to people and those in the know will immediately think one of two things: a smartwatch, a fitness tracker, or even both. Motiv, however, wanted to smash that preconceived notion into little bits that you can wrap around your finger. Last year, the startup launched the Motiv Ring, which, as the name so plainly implies, crams all those fitness tracking hardware into something you can easily put on your finger. This year, it is expanding that ring’s reach by making it possible to buy the “truly wearable wearable” in more places.

You might wonder what’s the big deal about buying a wearable device from Amazon. It’s a big deal because the Motiv Ring isn’t your regular wearable device. Unlike smartwatches and fitness trackers with adjustable straps, a ring has to fit almost exactly or it will be pointless. That’s why buyers are first sent a sizing kit and tell Motiv your size before you receive your ring.

The new option to buy the Motiv Ring from Amazon works exactly the same way. But if you find that to be too much work, there is also a second new option. Motiv has partnered with national retailer b8ta to carry both sizing kit and rings of all sizes. Simply walk to a store, get fitted, and get your properly-sized Motiv Ring on the same day.

Motiv’s expansion isn’t limited to retail though. Along with availability on Amazon, Motiv Ring now also integrates with Amazon Alexa so that you can ask any Amazon Echo speaker or Alexa-enabled device for your stats. For now, you will only be able to ask about syncing status and heart rate but Motiv plans to add sleep duration and other data soon.

Motiv is also starting the open beta for the Motiv Ring Android app. Soon, any Android device be able to pair with the smart ring though, for now, it’s limited to the following phones: 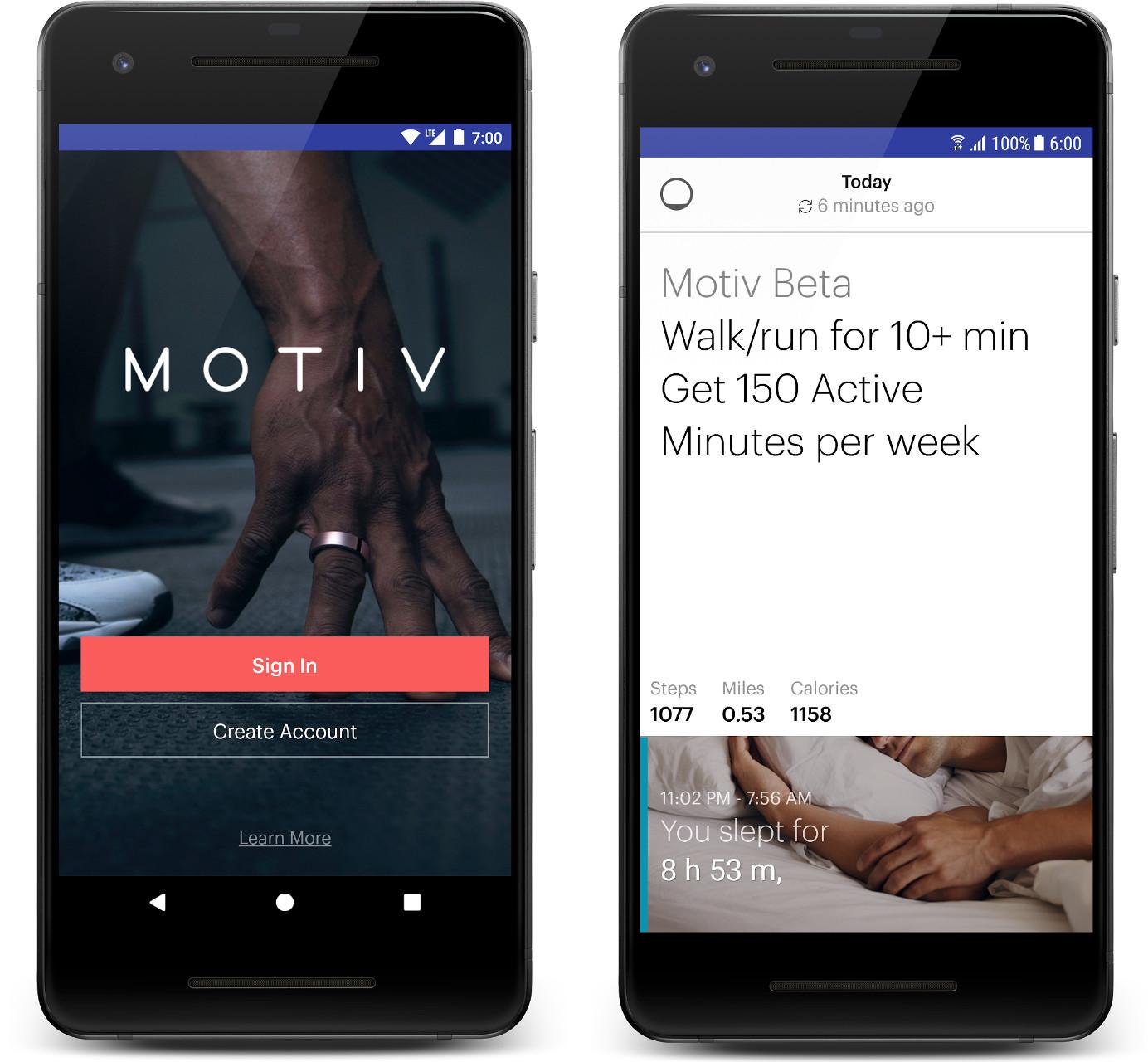