More protein at breakfast, less at dinner may be key for muscle growth

A growing body of research indicates that staying healthy isn’t about just what you eat, but also the time of day certain foods are consumed. The latest in this collection is a study from Waseda University in Japan, where researchers have found that eating more protein in the morning and less protein at night may be optimal for muscle growth and function.

If you want to build muscle, you need to eat protein. Many people turn to protein shakes and inexpensive protein sources for this but often consume them later on in the day, such as before a workout or via a large piece of meat for dinner. The new study suggests it would be better to flip this habit, instead consuming the bulk of the protein for breakfast. 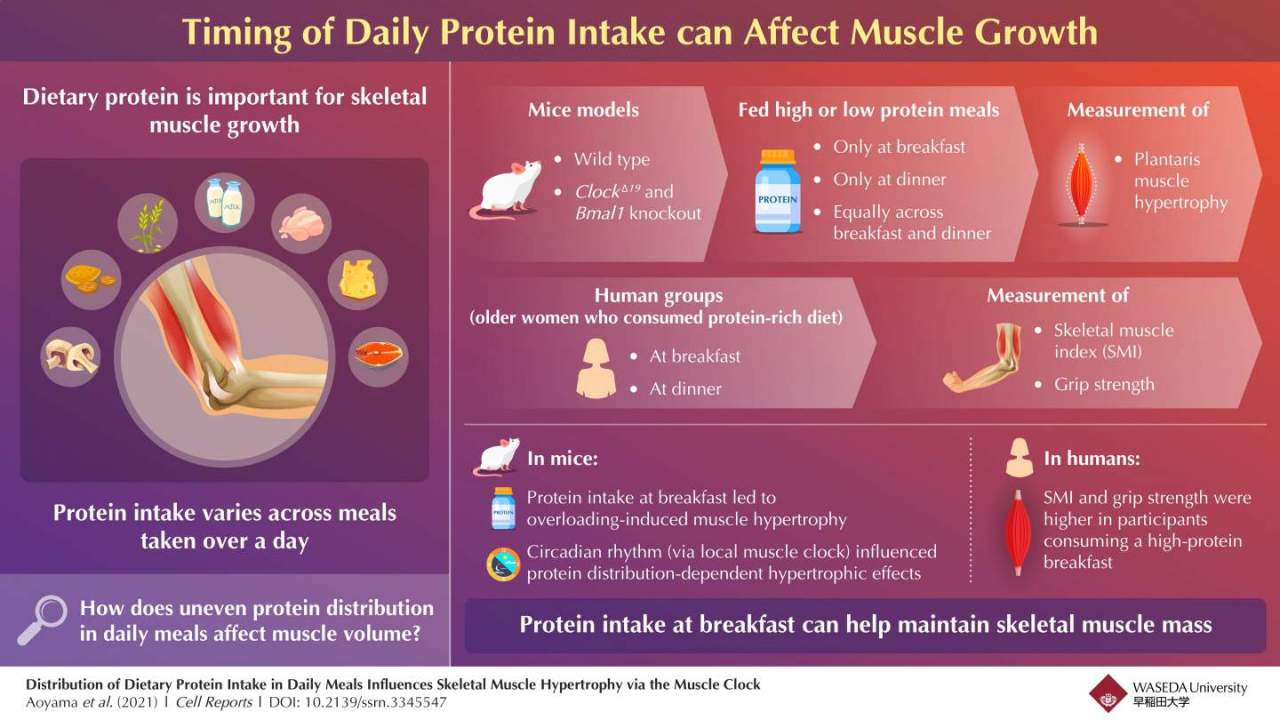 “Protein intake at breakfast led to overloading-induced muscle hypertrophy,” the new study reports, explaining the circadian rhythm influenced these positive effects. Muscle function and growth improvements on this ‘chrononutrition’ diet were observed in both mice and humans, according to the researchers.

Skeletal muscle growth was linked to the consumption of branched-chain amino acids (BCCAs), while genetically modified mice were used to confirm the link between protein timing and muscle growth. Of particular interest is that mice who were fed overall lower amounts of protein still experienced the benefit when their second meal of the day contained lower protein quantities — in contrast to mice fed overall higher quantities, that is.

The findings were then tested on human participants to determine whether the same circadian rhythm-based eating cycle would have similar effects. This test involved 60 women ages 65 and older. Eating a diet where the protein was primarily given at breakfast rather than dinner resulted in improved muscle function, the researchers say.

The results indicate that the common way people eat — more carbs at breakfast and more protein at dinner — may need to be reversed for optimal muscle health.