Hasbro’s classic and exceedingly frustrating board game Monopoly is getting another special edition based on a hit game: Animal Crossing: New Horizons. The new Monopoly edition features the imagery from New Horizons, as well as villager tokens, bells, and Animal Crossing-themed cards. The product is now available for preorder.

Monopoly, the game that can drag on seemingly forever, has managed to stay relevant largely by launching different editions with unique features or imagery. There’s the version that features cards and a digital card scanner instead of cash money, for example, as well as versions based on popular games like Nintendo’s Super Mario. 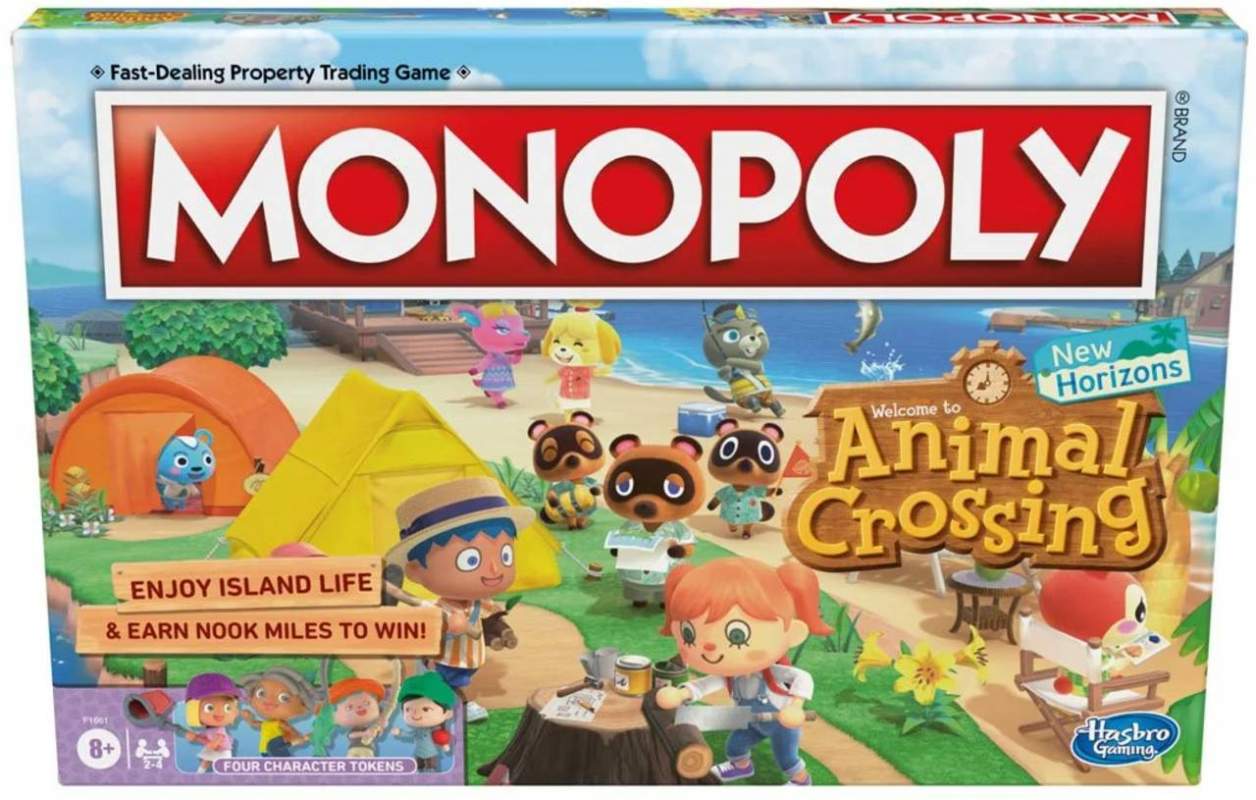 The latest Monopoly edition based on a Nintendo hit is this New Horizons product, one that features a custom game board, gameplay, and world-building aspects. The video game’s “bells” currency is included in the new Monopoly edition, plus there’s special die unique to this product. The Nook’s Cranny die, for example, tells players the kinds of resources they’re able to sell.

Among other things, players will be able to pick up a Skill card after taking their first trek around the board. With this, the player is given an ability that remains available to them for the rest of the game. Players must complete island tasks, plus they can meet other characters and collect items like fruit in the place of buying properties.

This variety of Monopoly is won based on Nook Miles; players acquire decorations that are each worth the miles, with the person who has the most miles at the end of the game declared winner. Hasbro has launched Monopoly Animal Crossing Edition for preorder at $24.99 USD.