MobiLimb gives your phone a finger to stroke your wrist with

Most of us at one point probably wished we had another pair of hands. Our smartphones probably wished they had one too. Barring that, maybe they’d settle for a finger. If so, then maybe this MobiLimb prototype might be the best gift you can give your smartphone this Christmas. Or this Halloween for that matter. Because what better way for your smartphone to show your affection by gently stroking your wrist in the middle of a phone call.

This odd research project that is creeping out Netizens is the brainchild of Marc Teyssier and a group of French researchers. On the surface, the prototype is admittedly impressive. Using just a few servos, sensors, and an Arduino microcontroller, they were able to build a limb that can attach to any Android phone that still has a micro USB port and give that limb life. 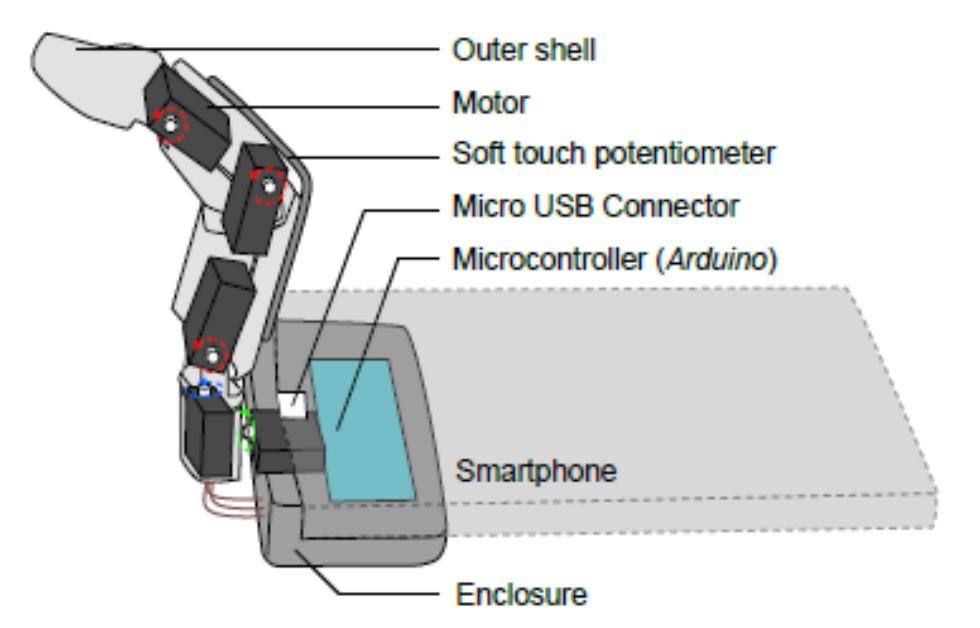 And while it looks like a horror prop, it actually has even more disturbing purposes. Well, scientific really but no less unsettling. Teyssier’s research touches on a more “personal” kind of haptic feedback from our smartphones. We are creatures of touch and we often communicate with other humans through touch. Smartphones, however, put a barrier or metal and glass between that human communication and the MobiLimb brings that back through a disembodied finger.

The MobiLimb does have a few practical or at least fun uses. Like tapping your table impatiently if you receive a notification, holding up a torch light, or wagging sideways like a cat’s tail. It does showcase the possibility of having robotic attachments that connect to smartphones via USB ports and being controlled by them. Hopefully for less nefarious purposes.