MIT’s MultiFab 3D printer can handle 10 materials at once

3D printers are great, useful, and fun, but the typical hobbyist printer that you can buy for yourself or for your home business has a problem with single-mindedness. For one, it can only really produce one part at a time, leaving the task of assembling parts together into a functional whole to humans. For another, it can only work with one material at a time, though more professional, and more expensive, 3D printers can work with up to three. MIT’s Computer Science and Artificial Intelligence Laboratory or CSAIL, however, has a solution that solves both of those at a fraction of the cost of a professional 3D printer.

This seemingly impossible feat is made possible through the magic of computer vision. MultiFab, the 3D printing platform that the researches have developed, uses 3D scanners and computer vision algorithms to receive instant feedback on the object being printed. Aside from being able to immediately self-correct and self-calibrate, the functionality also allows the printer to perform more complex tasks, like printing parts around or on top of already printed parts, and printing with different materials at the same time. 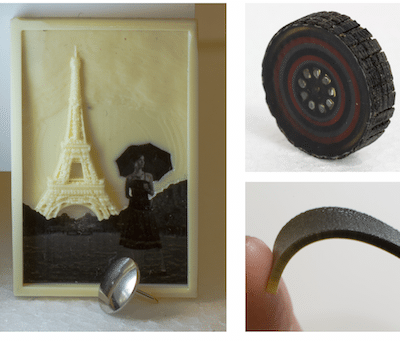 For example, if you put an already printed or produced sensor inside the platorm, MultiFab will uses its 3D cameras to analyze the geometry of the object so that it could print, for example a lens, on top of it. Or even an iPhone case around an actual iPhone.

While some of its capabilities, particularly the multi-material part, can be done by more heavy duty 3D printers, those often come at a prohibitively expensive price. In contrast, MIT’s MultiFab was made from off-the-shelf parts that totaled around $7,000. It’s still substantially more than a hobbyist’s budget, but closer than you’ll probably ever get to such features.