MIT camera photographs light at a trillion frames per second

The speed of the camera sensor is virtually unfathomable to my mind. MIT has created a new imaging solution that is capable of taking photos at a trillion frames per second. That number is mind boggling and very hard to comprehend until MIT puts that enormous speed into perspective. The photographic system shoots so fast that it can actually visualize the propagation of light.

The camera device was created by the MIT Media Lab Camera Culture group with assistance from the Bawendi Lab in the Department of Chemistry at MIT. The camera system uses a laser pulse as a flash and the pulse lasts only tiny fraction of a second, a trillionth to be precise. The camera is so fast that one trillionth of a second pulse can be captured. 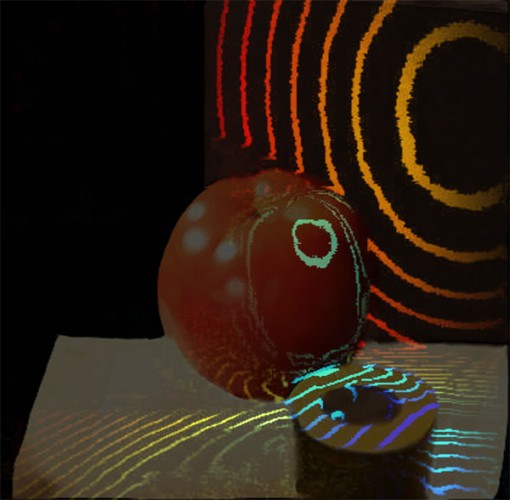 The camera has a narrow field of view, and since the pulse is so fast the sensor captures video over several minutes by repeated sampling to get the finished product. MIT is calling the system femto-photogrpahy and the flash is a Titanium Sapphire laser that emits pulses every 13 nanoseconds. The scientists use a system of mirrors to orient the camera to view different parts of the object to capture a movie of each object. You can see video captured by the camera below.