We have made quite a lot of progress in artificial intelligence in the past years, partly thanks to the rising popularity of consumer products powered by machine learning and neural networks. We are still, however, far from the dream or nightmare of sentient androids because AI as we know it is heavily dependent on software that must run on powerful hardware the size of large cabinets. MIT engineers, however, have come upon a new design that could make artificial brains fit in more portable devices or, in the future, structures the size of human heads.

The comparison with organic brains isn’t just a metaphor because this new “brain on a chip” more closely mimics the way our own brain works. Instead of simply using transistors that transmits only values of 1 (powered) and 0 (not powered), it uses memristors or memory transistors that mimic brain synapses to transmit and, more importantly, remember, a wider range of values depending on the charge passing through it.

Memristors are not new but their problem has always been one of size and power efficiency. Current designs require a minimum voltage to transmit ions from the negative electrode end of the memristor to the positive end. This, in turn, requires a rather large channel that makes the overall chip design larger. The challenge, then, was to find a material that could allow ions to travel through a thin and narrow conduction channel but still keep themselves together to actually register a charge.

These MIT engineers turned to the science of melding metals known as metallurgy to find a mix that would allow them to bridge a negative silicon electrode with a positive silver one in that manner. The solution they came up with was an alloy of silver and copper that allowed them to cram tens of thousands of such memristors in a millimeter-square silicon chip. 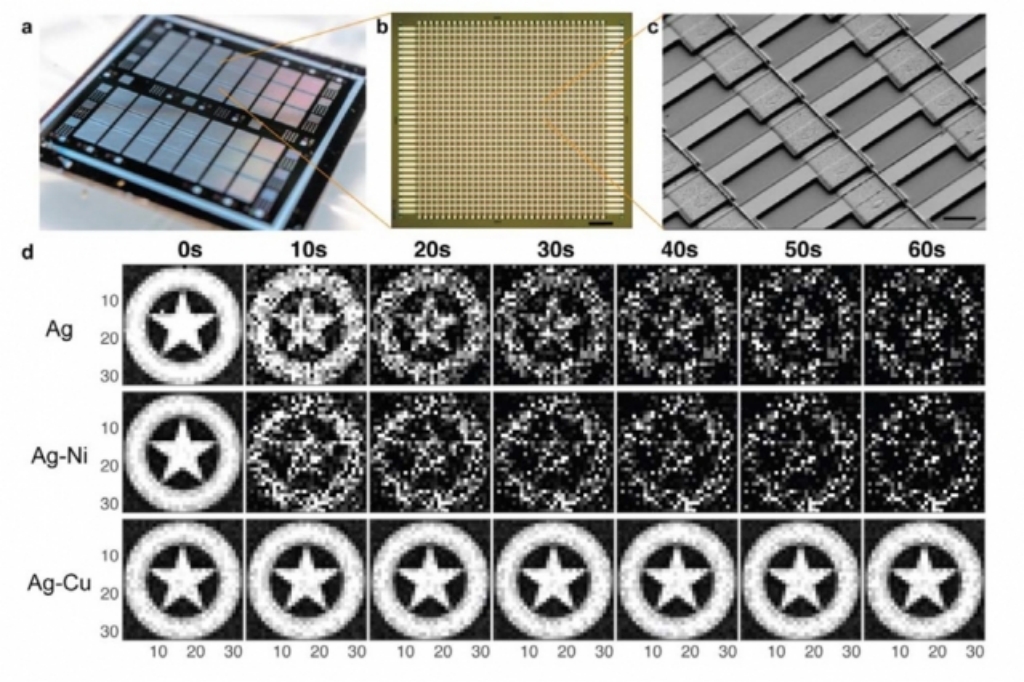 The results were very promising, with the memristors remembering their initial current they received, even with the voltage was modulated over time. This, in effect, allowed the chip to remember images, for example, and reproduce the exact same crisp picture every time without degradation. The engineers aim to build neural network hardware that is both portable but can still go beyond the current software-based artificial synapse networks that we have.