Although not as common as towering desktops, the mini PC form factor has enjoyed increased popularity in recent years as consumers looked towards more general-purpose home computers. These relatively tiny PCs, however, are not exactly known for their performance and power, leaning more towards space-savings and power-efficiency, enough for basic computing tasks.

MINISFORUM, however, has long been trying to move away from such stereotypes with the likes of the H31G and its discrete NVIDIA GPU. With the MINISFORUM X35G, the company takes things in a slightly different direction, cramming in Intel’s latest CPU generation and data storage tech to turn the small box into a capable workstation.

The majority of mini PCs are designed to look unassuming and, unlike desktops that seem to scream for attention, these are often discreet, sometimes not even seen. Their size and design make them perfect for hiding away underneath desks, behind monitors, and beside entertainment systems. 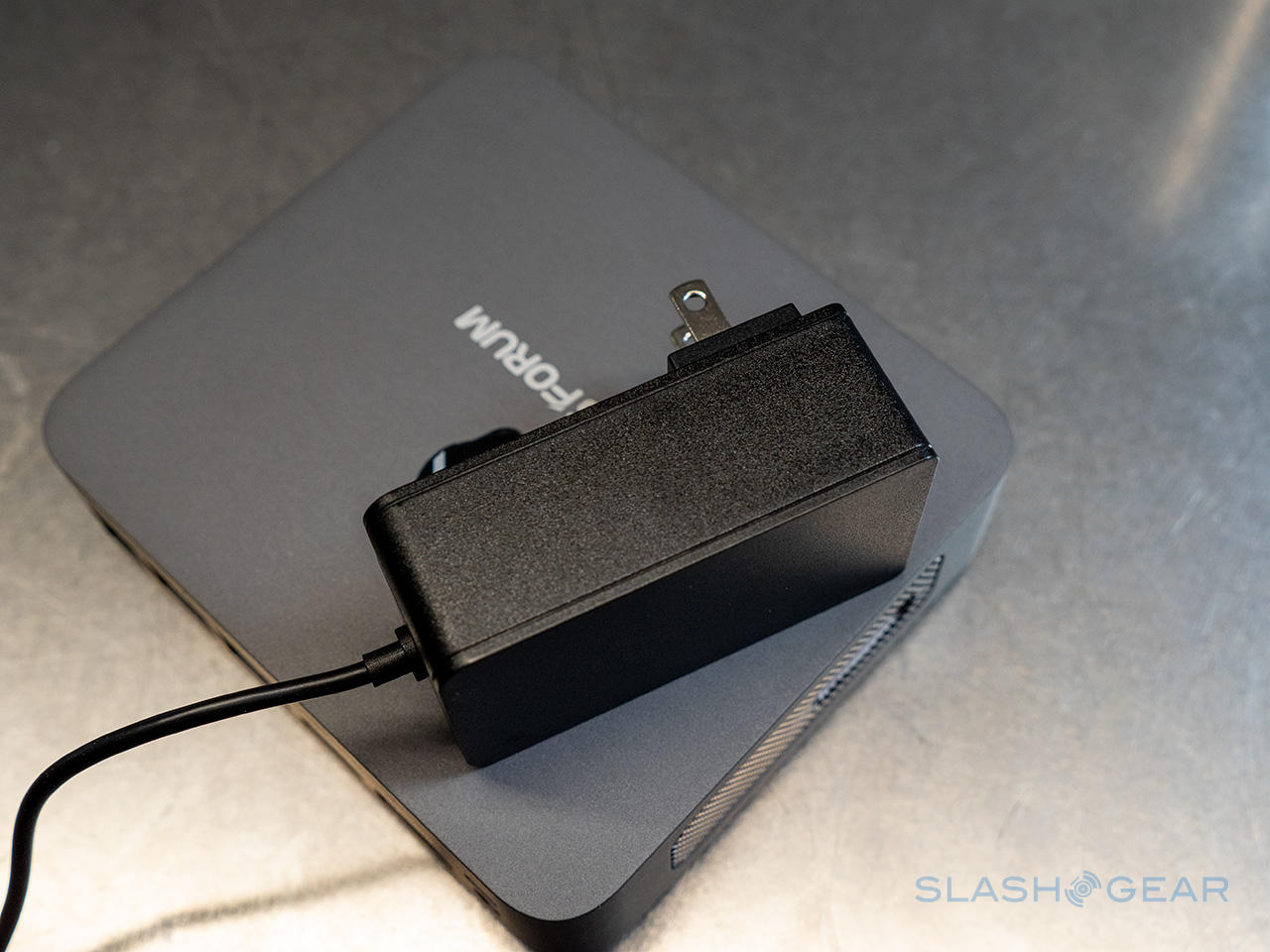 Despite its extraordinary specs, the MINISFORUM X35 is ordinary in that regard. It is on the shorter side compared to other mini PCs, especially Intel’s own NUC, but that only makes it even better for stowing away from sight. It even comes with VESA mounts to easily attach it to a monitor. The mini PC also comes with a power brick that, amusingly and fortunately, matches its diminutive size.

Almost all sides except one are filled with connectivity ports, with the most frequently used ones thankfully located on the front. A bit oddly, the microphone jack and TF card slot are located on the left side. The grilles on either side of the box may look like speakers but, make no mistake, they’re really just air vents for the X35G’s active cooling system. 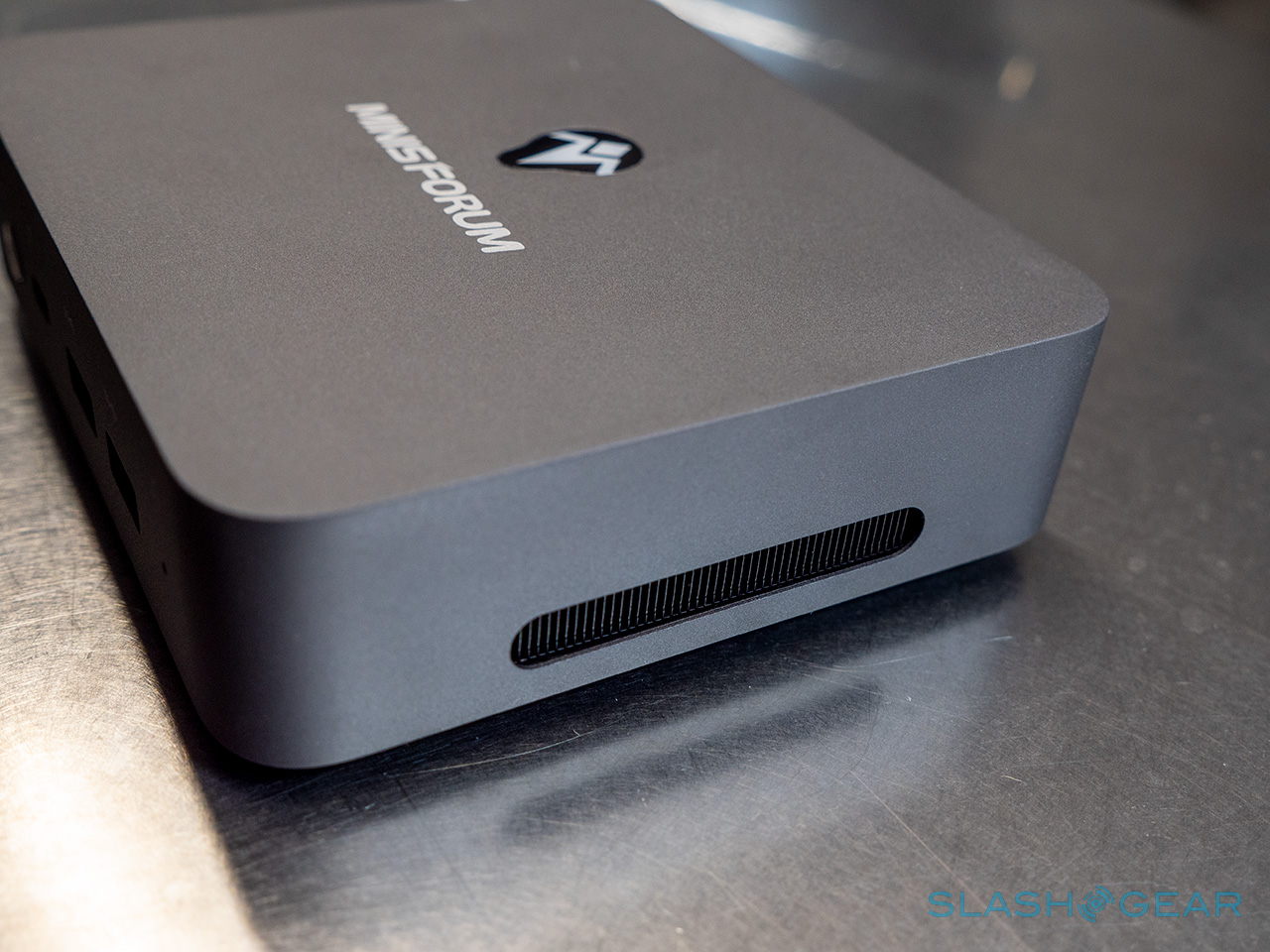 While many mini PCs reach for a low-power Intel Atom or Celeron processor, MINISFORUM aims higher without going overboard. That said, the choice of a Core i3-1005G1 processor, even if 10th-gen, might disappoint a few, especially when a Core i5 equivalent is not that far off. That said, it does help keep thermal levels comparatively lower, which allowed MINISFORUM to sneak in a very quiet fan to assist the two copper heat pipes. 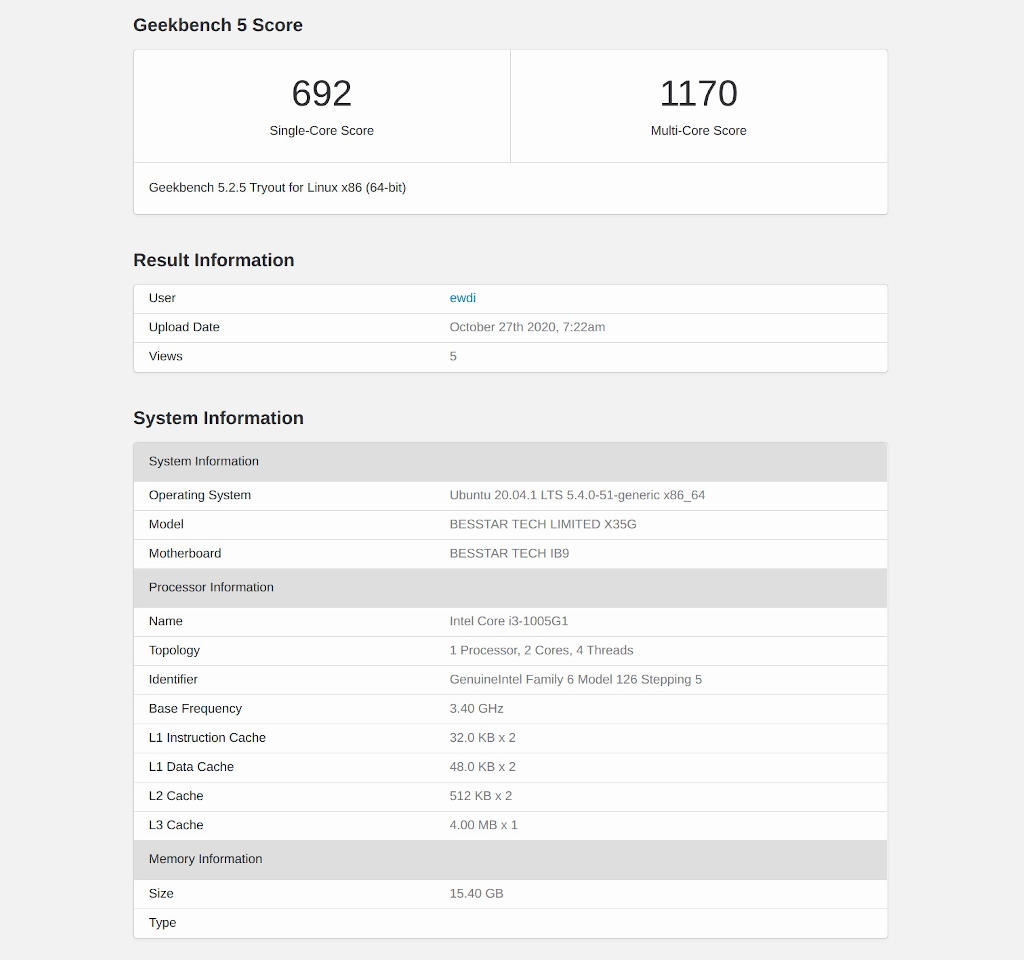 It does make up for it with 16GB of DDR4-3200MHz RAM, which is quite unusual for this form factor, but the CPU bottleneck is still something to keep in mind when performing extensive tasks. Those tasks won’t include heavy gaming, of course, as the Intel UHD graphics is hardly sufficient except for light gaming or running games in very low settings.

The MINISFORUM X35G definitely has a lot of connectivity options, both wired and wireless. Some might impress but others might disappoint. Wireless connectivity includes Bluetooth 5.1 and, impressively, Wi-Fi 6 AX200.

For those with wired networking needs, you have not one but two RJ45 Gigabit Ethernet ports on the back, joined by HDMI 2.0 with 4K@60Hz support and a DisplayPort that’s capable of outputting 5K resolution at 60Hz. Sadly, there is only one Thunderbolt 3 port at an age when USB-C and its cousin are becoming more prevalent. 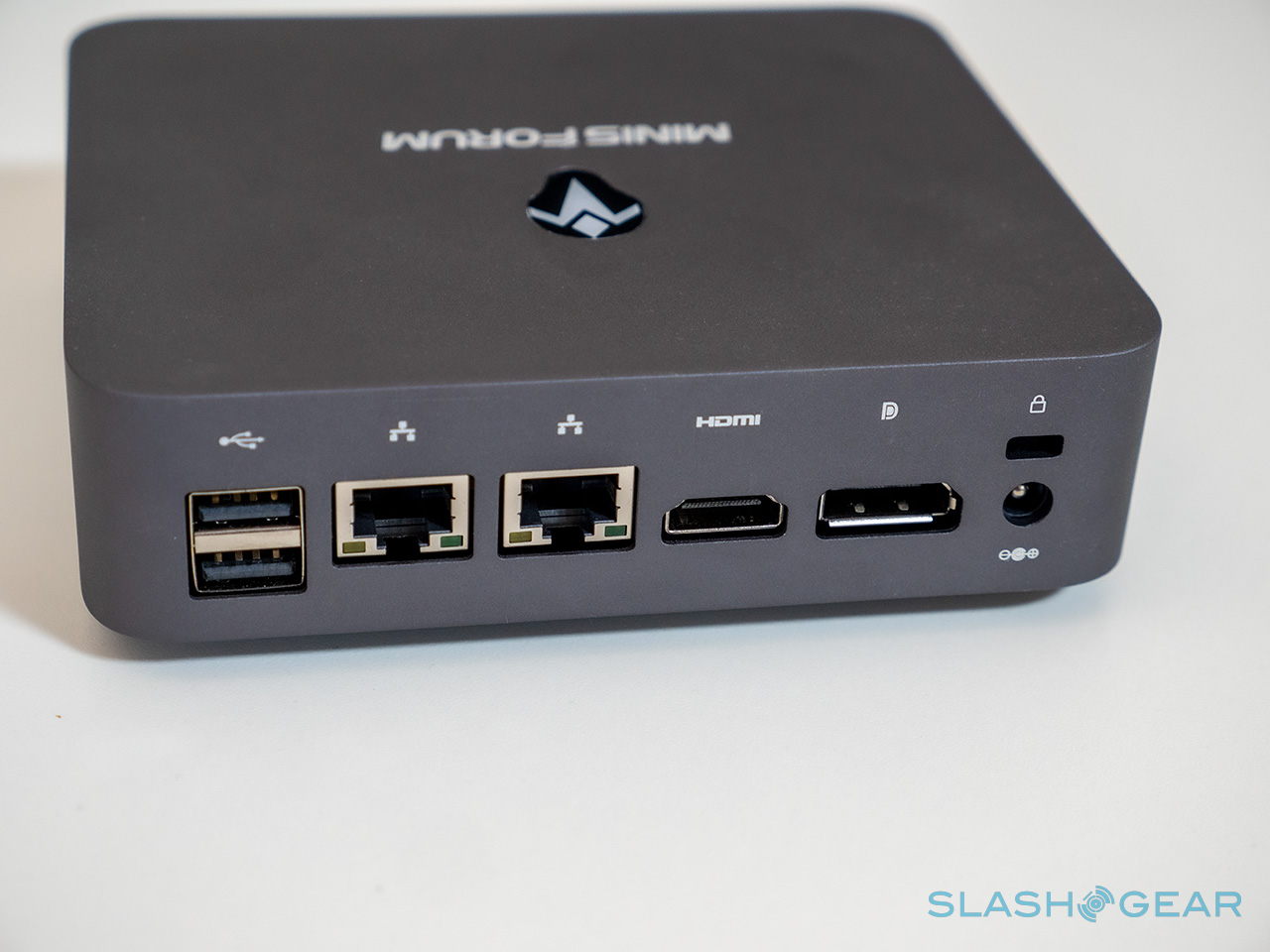 Another thing that sets the X35G apart from this peers and rivals is the claim to be the first to support Intel Optane memory. Of course, you’ll have to opt for the higher and more expensive configuration that comes with a 1TB HDD.

Our review unit came with the “regular” 256GB SSD but the box supports a variety of data storage combinations. Unless you’ll be doing heavy-duty data processing, however, the Optane option might be a bit overkill, especially since the box doesn’t have the graphics muscle where such a technology would have made a significant difference.

Linux in a Box

Almost all mini PCs come with Windows 10 pre-installed for convenience and economy and most will probably test and try out the X35G with that OS, especially for testing its gaming chops. While that may be interesting for stress testing, we opted to put the mini PC to work on a use case where it seems to be a perfect fit.

Mini PCs are great options for remote data storage, home entertainment, and lots of processing tasks. Use cases for which Linux is perfect for.

We started the adventure of installing Ubuntu 20.04 LTS (Long Term Support), the latest version of the popular Linux distribution and it’s almost disappointing to report that it was completely uneventful. Everything worked right off the bat, at least the most important ones did. That includes Wi-Fi, Bluetooth, and power management, three of the trickiest bits to get working in Linux on new or unconventional hardware. 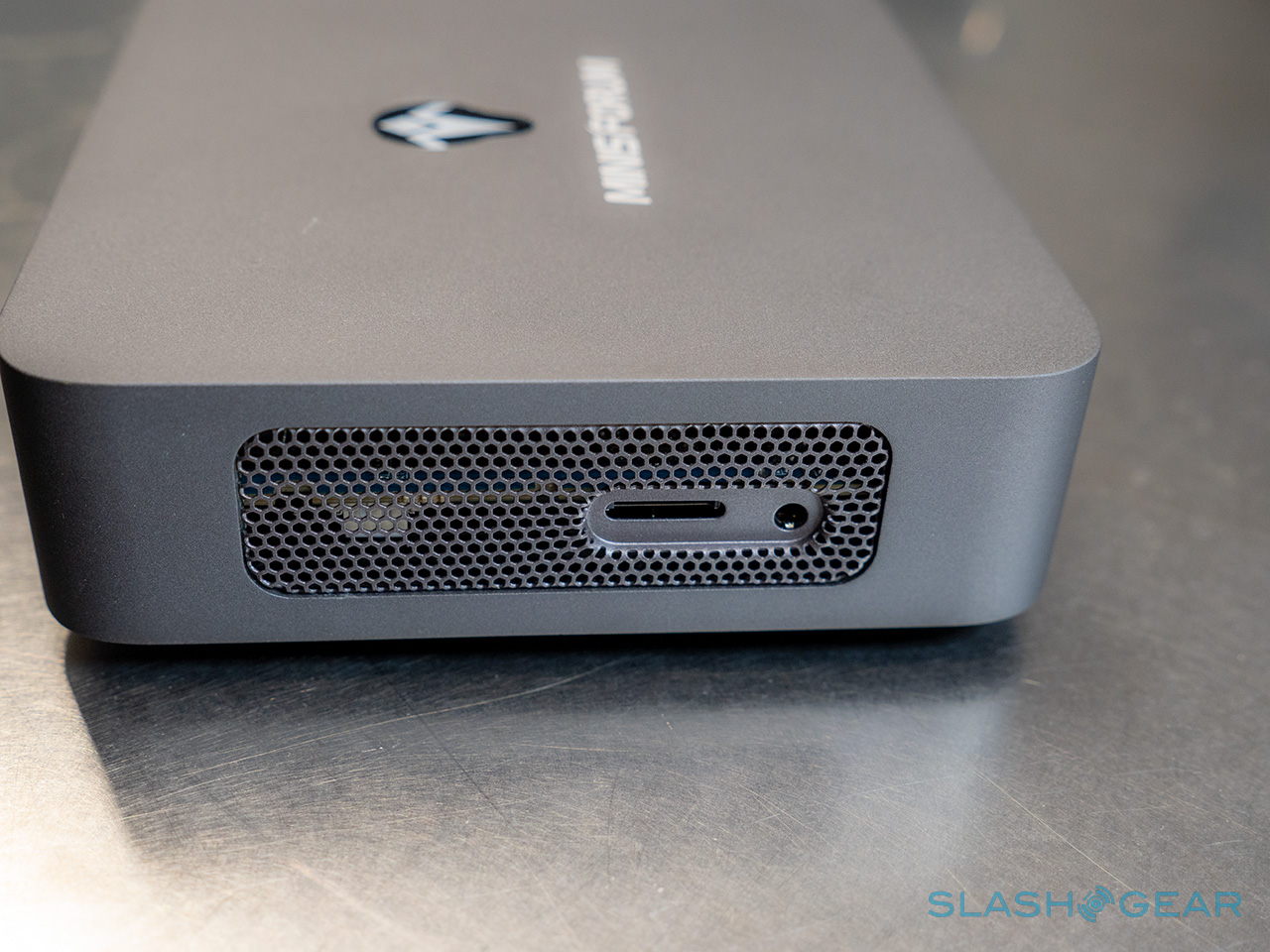 Performance was also great despite the earlier comments about the Core i3 CPU, but, then again, Linux has also been great in that regard. CPU-intensive operations like compiling large software will definitely drag performance down, naturally. Having no NVIDIA GPU is actually a boon in this case since those graphics cards prove to be quite troublesome, sometimes even on Windows.

There were, admittedly, two hiccups which are mostly minor, depending on your inclinations. The HDMI port wasn’t able to support 4K 60Hz it was capable of but the DisplayPort did work as advertised. There was also a problem with the headphone jack being detected but there is a workaround available for that at least.

Mini PCs try to pack as much power as physically possible inside a small space and the MINISFORUM X35G definitely packs quite the punch. Sure, we wished they opted for a Core i5 but the 10th-gen Intel processor definitely has enough power to give. It also makes an almost perfect Linux box for those on the hunt for a mini PC that works with the open source OS out of the box. 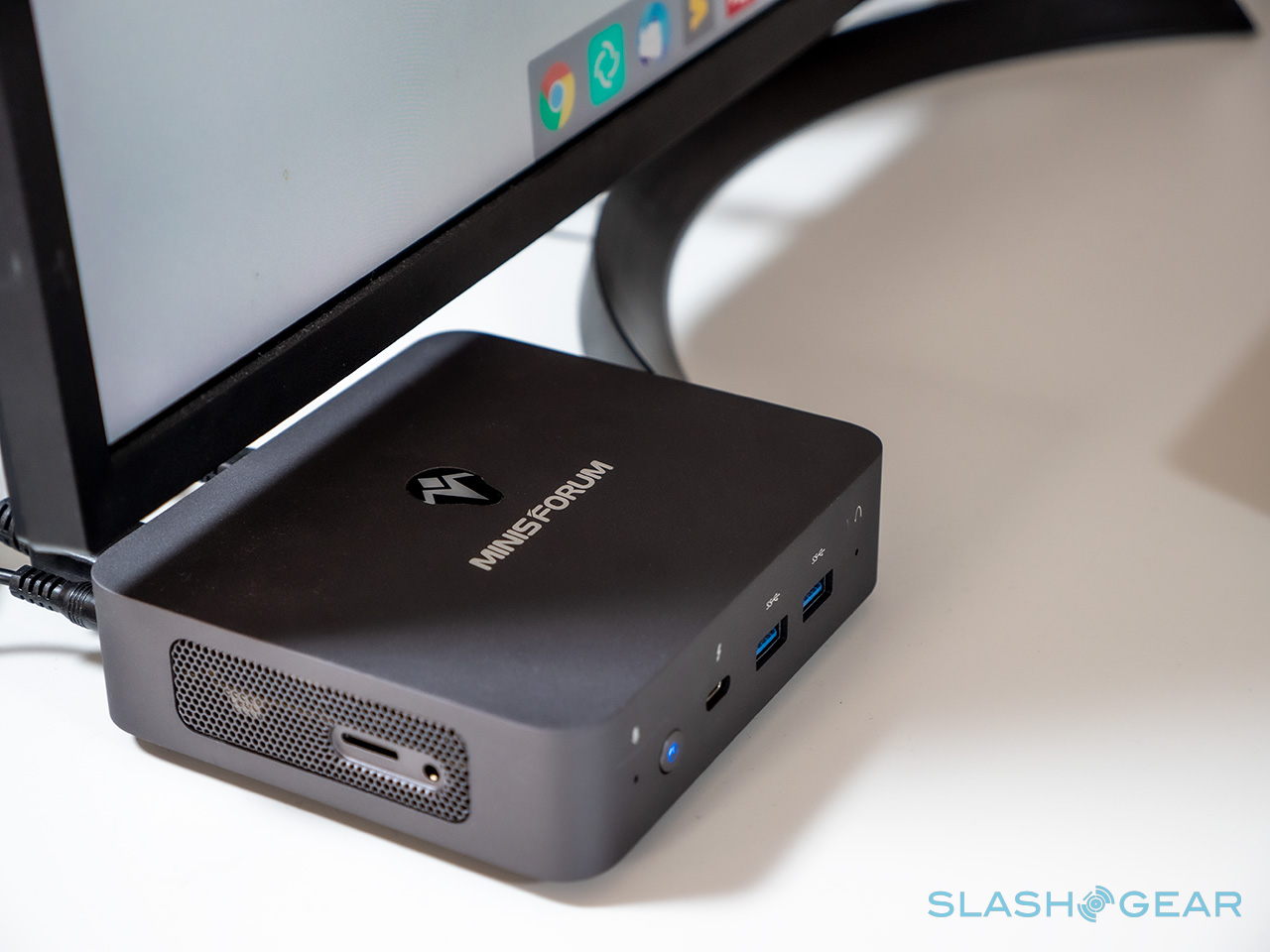 The MINISFORUM X35G is currently on Indiegogo with barely two weeks left, though it has long surpassed its meager $80,000 funding goal.

The mini PC is priced at $399 for the 256GB SSD version and $429 for 16GB of Optane memory paired with a 1TB HDD, both discounted Indiegogo prices, of course. As always, crowdfunding is an investment, even if positioned as a pre-order, and while MINISFORUM has proven its capability to deliver time and again, it always carries some risk until the products get shipped in November.