Automaker Mini is celebrating 60 years of collaboration with the Cooper Family. One of the most iconic Mini models for years has been the John Cooper Works edition. A special edition run of Mini cars is celebrating six decades of cooperation. The Mini Anniversary Edition will be offered in a limited run of 740 units globally available as the Mini Cooper, Mini Cooper S, and the Mini John Cooper Works.

All of the special edition Anniversary models will be three-door vehicles combining history with current technology. Mini Anniversary Edition cars have exclusive design and equipment. The limited run of 740 units refers to the starting number 74, which the Mini Cooper wore on its first successful appearance on the racetrack.

Some historical nuances are found on the special edition cars, including British Racing Green metallic paint with white accents. Cars are also available in Midnight Black metallic, and in the John Cooper Works version, a body-color called Rebel Green is available. All paint finishes are combined with a roof, exterior mirror caps, door handles, and surrounds for the headlight and rear lights in white. Some exterior trim elements are offered in Piano Black high-gloss.

The suspension offers frequency-selective damping and the Anniversary Edition models use 18-inch John Cooper Works Light-alloy wheels. Inside the cars, the special edition includes John Cooper Works sports seats in Dinamica/leather Carbon Black finish, an anthracite headliner, stainless steel pedal set, and interior trim in Piano Black high-gloss. The trunk lid gets a red ring seen on the original John Cooper logo and the interior of the passenger side of the car. 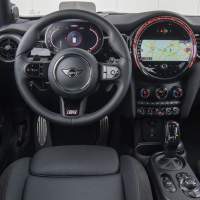 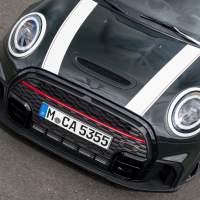 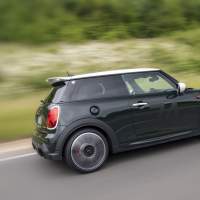 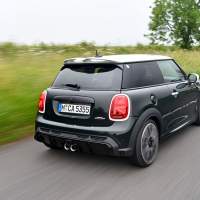 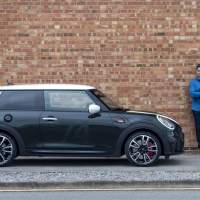 The driver’s door frame has a logo with the John Cooper signature and a handwritten note of “one of 740” and the words “60 years of Mini Cooper – The Unexpected Underdog.” There’s no indication of pricing or availability for the limited-edition models at this time.