Later this year, the Xbox brand is turning 20 years old. The original Xbox was released on November 15th, 2001, which means that Microsoft has been in the console business for two decades at this point. That date also marks the 20th anniversary of the Halo franchise – one of Microsoft’s biggest first-party franchises this side of Minecraft – so all in all, 2021 is a big year for the company’s gaming arm. Today, Microsoft revealed what it’s doing for the 20th anniversary of the Xbox and Halo brands, and those plans at least in part include launching new gear.

If you take a look at the Xbox Gear Shop at the moment, you’ll see that there are a number of new products for the 20th Anniversary of both Xbox and Halo. There are T-shirts, trucker hats, tote bags, tumblers, coffee mugs, and even a throw pillow. All of the products show a “20” with either the Xbox logo or Master Chief depicted in the zero.

Microsoft’s anniversary plans don’t stop at gear, though. There are also some new 20th anniversary backgrounds for both Halo and Xbox that you can download for your various devices, with Microsoft noting that all of them are compatible with Microsoft Teams. Those can be found over on the Xbox website. 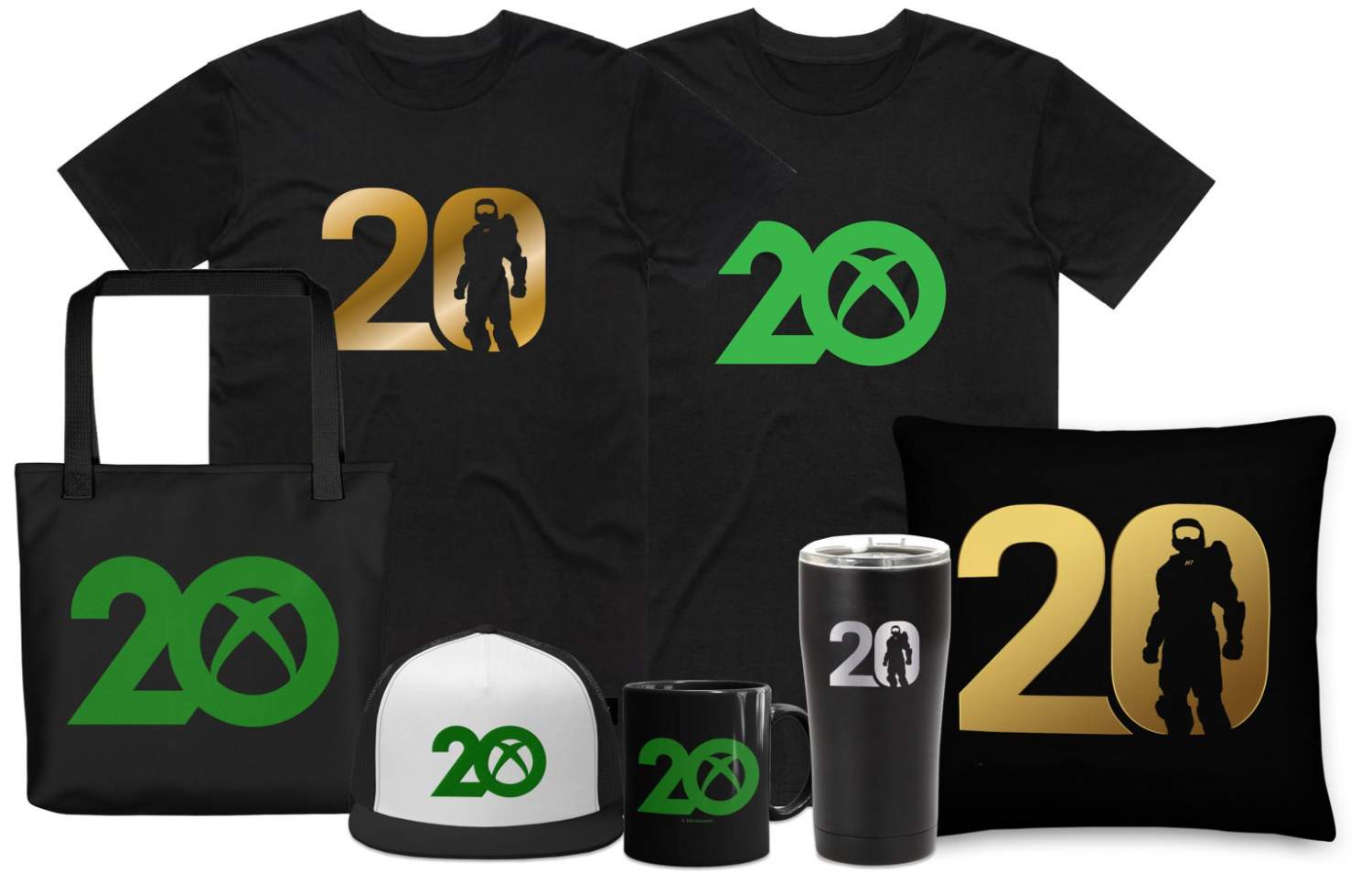 In addition, Microsoft has also put together a collection of games on the Xbox Store that does a pretty good job of hitting the high points throughout Xbox history. Obviously, you’ll still need to buy the games in order to play them, but if you’ve been an Xbox gamer from the start, browsing the collection could be a good way to discover forgotten classics. Original Xbox games like Psychonauts and Knights of the Old Republic are present on the list, and Xbox 360 enthusiasts will probably be thrilled to learn that Microsoft hasn’t forgotten about Hexic HD, which is there as well and free to download.

This, it seems, is just the tip of the iceberg regarding what Microsoft is plotting for Xbox’s 20th anniversary. In a post to Xbox Wire, the company says that it has more to share as we get closer to November 15th, so we’ll let you know when Microsoft reveals what those plans are.