Microsoft PowerApps turns any worker into a programmer

Learning how to code, usually to make apps, has become a topic of debate among the IT, education, government sectors, with some advocating teaching it as a core skill like writing and math. Most, if not all, these thrusts, however, focus on educating kids, leaving adults to fend for themselves. After all, grownups can learn faster and better, right? As any adult will tell you, however, that isn’t always the case. That is perhaps why Microsoft has launched the PowerApps platform to let grownups in workplaces build their own apps, no coding required.

The consumer app market is growing by leaps and bounds and has become a profitable option for many. In contrast, however, business apps have fallen by the wayside. Microsoft says that, based on surveys and studies, this is due to the dearth of programmers available, not to mention willing, to write such apps for the workplace, leaving companies and enterprises stuck in the app stone age, so to speak.

PowerApps tries to give these people the tools to write their own apps and, to some extent, become independent of programmers. It isn’t a programming language but a program builder, much like tools and platforms that teach kids how to code with easy to use building blocks. Designing an app is almost like creating a PowerPoint slide, where you simply drag and drop to user interface pieces to meet your needs. You can even use the available templates if you need an app in a pinch. 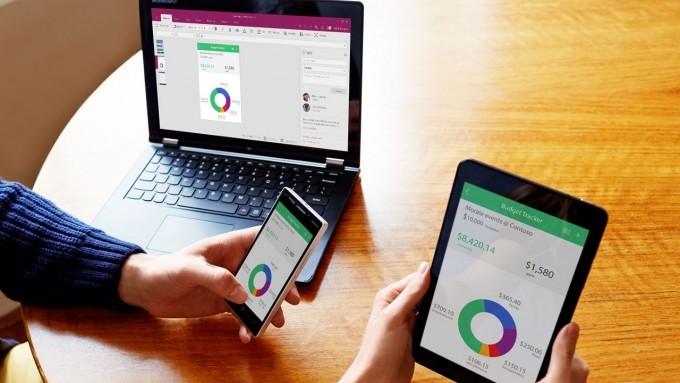 The real magic, however, comes with tying that interface with data coming from or going to the cloud, like from Office 365, OneDrive, Dropbox, Salesforce, or even Oracle. Tired of using Excel to manage invitations to a meeting or event? Whip up an app that lets you invite people in style, complete with a calendar and pretty pictures. Need to produce a catalog of the company’s corporate assets? You can do that too while using SharePoint as your backend.

As easy as the app making process may sound, it all boils down to using Microsoft’s enterprises services to make it happen, though there are hooks for external databases and services as well. As such, it is unabashedly Microsoft’s attempt to secure its foothold in the enterprise market, which is slowly tiding over to other platforms. Those platforms, like Android, have a head start when it comes to availability of apps. And since Microsoft might not have the manpower, nor the developer traction, to match that pace, it is, in effect, relegating those duties to workers themselves.