Although it probably had the biggest share in the web browser market, the bloat that was known as Internet Explorer soon dragged Microsoft’s name down to the Internet Hall of Shame. Given than notoriety, it almost seemed that its new browser, Microsoft Edge, had an unfair disadvantage. Unsurprisingly, the company put its marketing and advertising machine into high gear, including tests that claim superior battery life for the Edge. However, most, if not all, of these proofs and counter-proofs were made by browser makers themselves. Fortunately, Linus Tech Tips decided it was time to have an independent test done, and the results might surprise you.

With Edge, Microsoft started from scratch and with Windows 10 only in mind. Not only did this allow the browser to break free of its infamous ancestor, it also gave the browser a distinct home court advantage as far as system resources go. Indeed, Microsoft has been claiming how Edge is the most resource efficient browser for Windows, including being the most battery efficient. It even flaunted scientific tests to prove it, which other browser makers have tried to debunk using their own tests.

Linus Tech Tips’ own results were not as earth-shattering as Microsoft made it out to be, as expected, but it was far from being the worst either. The biggest complaint they had about Edge is how inconsistent it performed during the tests, sometimes dying a good hour before other identical machines in exactly the same conditions. That seems to have been addressed by the latest Windows 10 Creators Update, and now the browser is more consistent at not being the top performing browser.

That distinction belongs to Chrome, having out lasted Edge, Firefox, and Opera in terms of battery life. Now this result is particularly interesting because the tests done by browser makers usually have Chrome running last. It’s definitely impressive how a few updates have put Google’s browser in the lead. 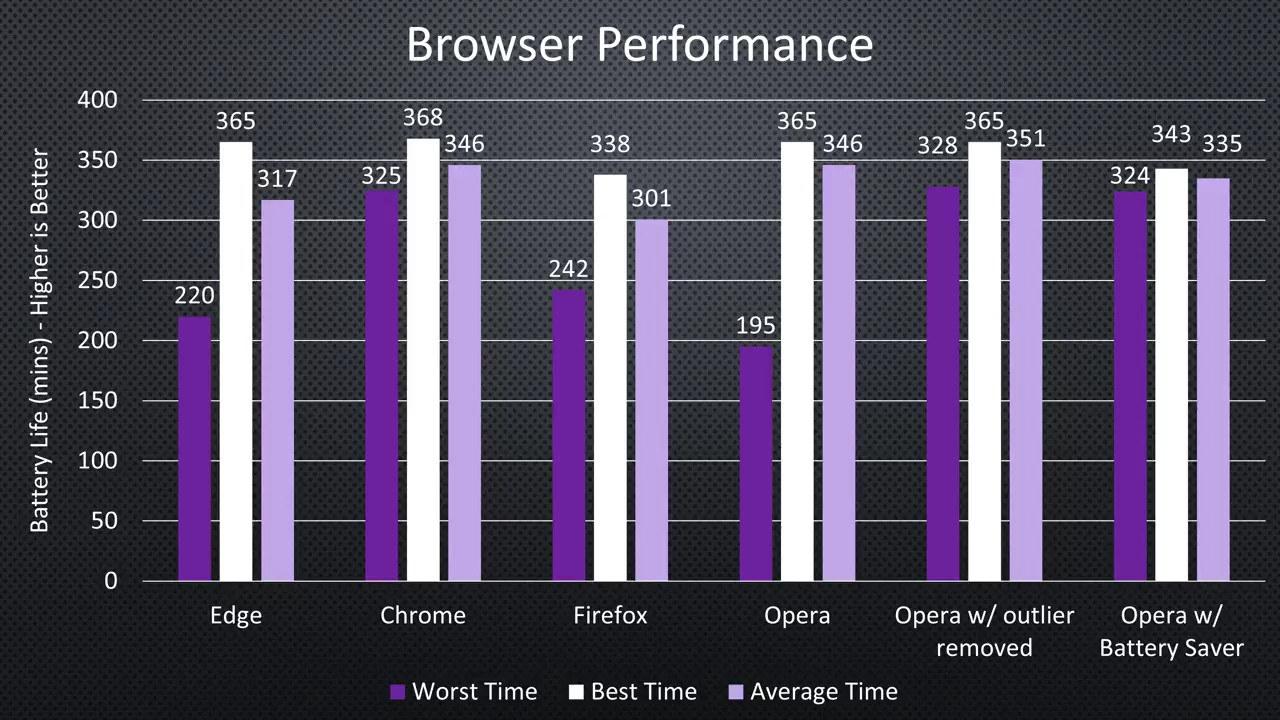 And just as interesting is the observation that Opera’s much-touted battery saving mode doesn’t exactly save that much in the long run. Yes, it does add a few more minutes, but not as substantial as Opera makes it out to be. Sadly for Firefox users, the browser doesn’t seem to be doing well in this area, though the recent multi-process update could help alleviate that condition.