Much of today’s modern operating systems are arcane black boxes that no one but the most experienced computer users know. Not that most users know where to look or have access to some folders anyway. So when a system app silently fills up a hidden folder with trash files, most users might not know where to look. This recent incident plaguing some Windows users isn’t actually the work of some new malware. Instead, it’s actually the fault of Microsoft’s own Windows Defender, a buggy Windows Defender at that.

Although it takes many forms, Windows Defender is pretty much Microsoft’s formal entry into the antivirus market, much to the chagrin of the likes of Norton, Kaspersky, and others. The idea is that all Windows systems are immediately protected without having to download third-party software. That works in general until Windows Defender itself gets broken.

Bleeping Computer reports a not so malevolent bug in the software that may still wreak havoc on Windows computers if left unaddressed. It turns out that Windows Defender is filling up one of its system folders with thousands, sometimes hundreds of thousands of files, none of which were created with users’ knowledge. 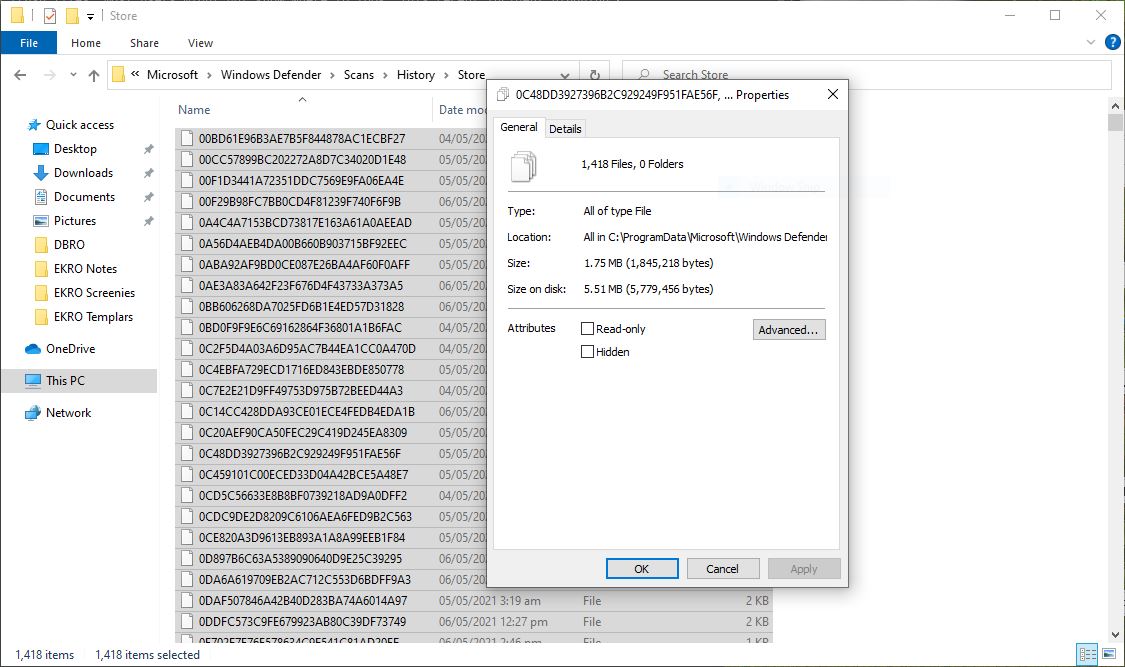 The files themselves look like MD5 hashes, though their exact nature is still a mystery. While technically harmless, the problem starts when those files fill up storage, which could also affect performance. It could also hamper automated backup systems as it would also have to back up those useless mystery files.

The slightly good news is that Microsoft has reportedly addressed this in the latest version of Windows Defender, specifically version 1.1.18100.6. You can check for the update yourself but it might also be automatically downloaded in the background in typical Windows fashion. Sadly, Microsoft hasn’t disclosed any details about the bug or the files that it produced.