There has been a surge of interest in camera sensors and lenses of late, partly because of the equally growing interest in smartphone cameras. But while smartphones are indeed becoming more and more capable in that area, they are limited by the laws of physics and current manufacturing capabilities. One of the hardest to get right are the lenses but inventors, lead by r professor Federico Capasso, may have finally come upon an answer that will yield not not only flatter and cheaper lenses but also better ones that can outperform even those used in top of the line research microscopes.

This new kind of lens, dubbed “metalens”, uses metamaterials and a different kind of structure in order to have those desired effects. To be precise, the lens is composed of a thin layer of quartz coated in millions of tiny pillars, each one tens of nanometers wide and just hundreds of nanometers high. Each of those pillars is smaller than the wave of light that it interacts with, slicing up the light as it passes through the lens. All that’s needed is a computer algorithm to focus the light, pretty much like a conventional lens, but relying solely on software, 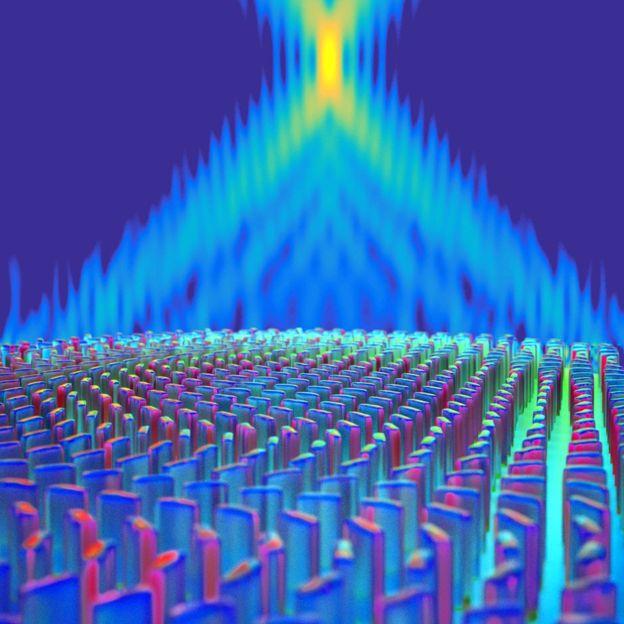 This metalens has a few practical consequences that the inventors believe could revlutionize the field of optics. For one, the lens doesn’t rely on the curvature for its focusing effect. It can be entirely flat. This practically means that no specialized equipment is needed to produce the lenses. The very same manufacturing process used to make chips can also be applied to making lenses.

Secondly, the lens depends on the composition of those pillars and the calculations used for focusing, makin it easy to create special-purpose metalenses to interact with different types of light. The inventors’ current implementation makes use of titanium dioxide, a.k.a. paint whitener, because it is cheap, transparent, and interacts with the visible light range. Silicon can be used for dealing with infrared light, for example, while other materials are more suitable for ultraviolet light. 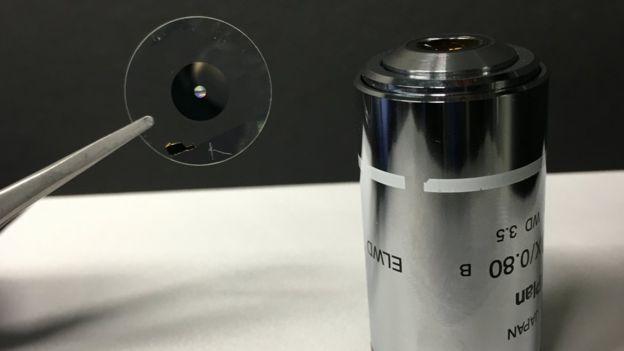 The flat lens prototype was tested to be 30% sharper than a normal curved lens used in sophisticated research microscope. Though the lens could benefit such machines, Prof. Capasso envisions that the space and production benefits of this type of flat lens will benefit smartphone cameras the most.