For some people in some locations, personal safety is a significant issue. Mercedes has been producing armored vehicles for celebrities and heads of state who might be the target of kidnappers or others that wish them harm. The automaker announced previously that it would rely solely on its S-Class for its factory armored vehicles.

The latest model is available only with a long wheelbase and the Maybach 612 PS V12 turbocharged engine. The new armored model also gets all-wheel drive. Mercedes says the S 680 Guard 4matic is a model focused on people and their safety. It also says no other series sedan fully meets the highest protection class for civil vehicles.

The car is available as a four or five-seater and has a maximum payload of 660 kilograms. The vehicle weighs in at 4.2-tonne making it very heavy. Occupants ride in a protected cell that is unnoticeable from the outside. One of the only clues that this vehicle is fully armored is the centimeter-thick windows and special tires from Michelin featuring Pax emergency running system. The windows are fitted with a polycarbonate splinter protection system on the inside

The material and thickness of the side panels meet VR10 classification. The window regulators have a hydraulic emergency function, and their optional equipment including a fire extinguisher system and emergency fresh air system to protect occupants from smoke or irritant gases. Vehicles can also be fitted with flashers, signal systems, or radio. 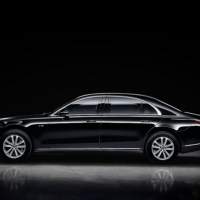 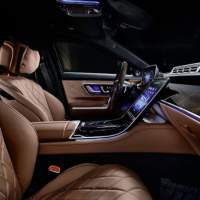 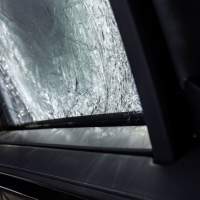 These vehicles are built on order and take 51 days to complete. Exactly how much the vehicles will cost remains to be seen, but it’s expected to be around €500,000. Typically, royalty or government officials use vehicles of this type, but it seems anyone can purchase the vehicle if they desire.