The Meizu MX is expected to sport a 4.3-inch qHD 540 x 960 display and a Cortex-A9 quad-core processor. However, other than these specs, the rendering, and the diagram, very little has surfaced regarding the device. Specs such as its front- and rear-facing camera resolutions, RAM, and Android version still remain a mystery. 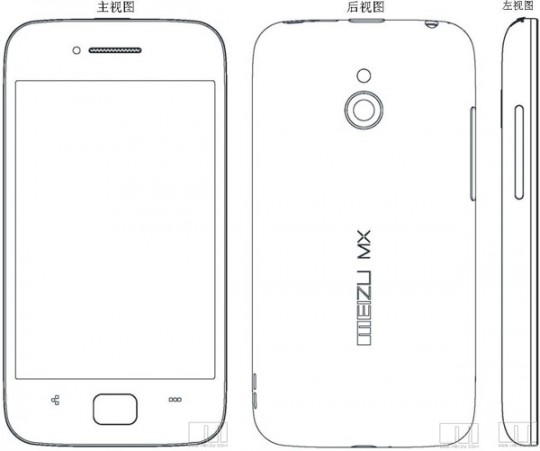