With the Nokia and Microsoft partnership, the once promising MeeGo OS has been relegated to research and development status with very little chance of ever becoming a mainstream platform. However, that doesn’t stop developers from continuing to think up new UI concepts for the OS such as the one shown below, designed by Jozef Kocúr.

This MeeGo OS concept was designed with Nokia tablets in mind, and borrows ideas from WebOS and Maemo. It utilizes a side scrolling structure with each panel then having a columns layout. A bottom menu features the main panel headings of Board, Applications, Now, Social, Media, and System.

The Board panel appears to be a customizable dashboard type of page where widgets could possibly reside. The Applications panel is self-explanatory showing all available applications ordered by category. The Now panel looks to be a page for customizable news feeds and the Social panel is like a doorway to all your social network channels.

The concept seems promising and may help MeeGo with a resurrection. But the future seems bleak with Nokia’s new direction and the strength of competing OS platforms such as iOS, Android, Windows Phone, and WebOS. 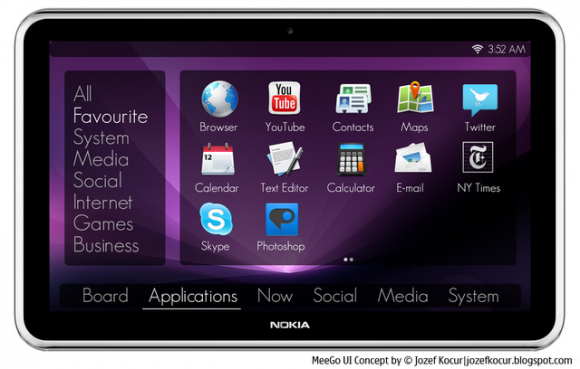 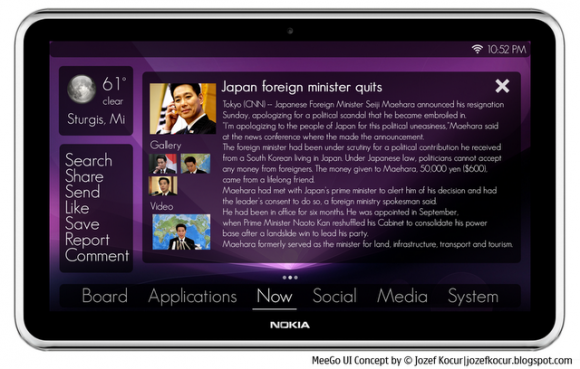 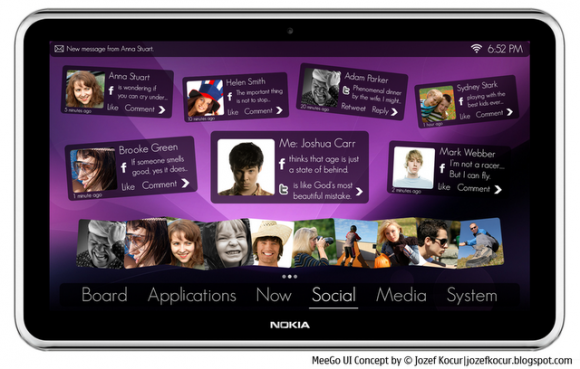