McLaren has a long history of making some of the best-performing and best-looking hypercars in the world. Recently, the automaker sneakily unveiled the first version of the McLaren Sabre, delivered to McLaren Beverly Hills for its lucky buyer. Only 15 units are being produced, and the vehicle was designed and homologated exclusively for the US market.

The Sabre is the most powerful non-hybrid McLaren produced so far, featuring a twin-turbo V-8 making 824 horsepower and 590 pound-foot torque. The vehicle has a top speed of 218 mph, making it the fastest two-seat McLaren ever produced. MSO, McLaren Special Operations, allowed the customers to co-create the vehicle along with designers and engineers. Each of the 15 units produced has already been sold.

The vehicle is only offered in the US because it features ideas and innovations not permitted for global homologation. The lucky 15 who were able to purchase the Sabre were invited earlier this fall to drive a prototype version of the car at a private racetrack in California. McLaren’s bespoke commission customer service experience provides buyers with a close working relationship with the MSO team of designers, engineers, test drivers.

The goal is to ensure the finished car exactly matched what the buyer wanted. After the owners drove the prototype car, each of them had a video chat with the design and engineering team at McLaren to provide feedback and help guide the development of the production version. 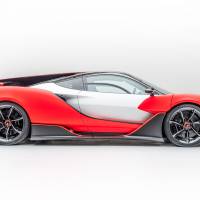 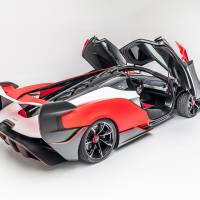 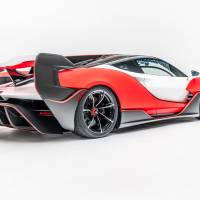 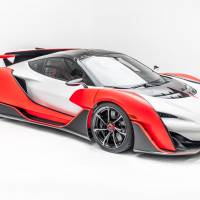 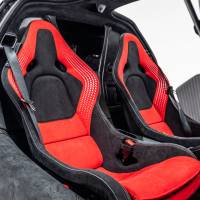 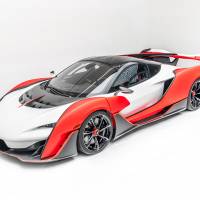 There are some mysteries about the car, and one is the price. Considering how limited production of the car is, it certainly costs a lot of money. Another mystery is the 0-60 mph time, which is surprisingly not quoted. Typically McLaren likes to quote top speeds and acceleration performance. We hope one of the 15 Sabre owners will give us some performance numbers in the real world.