Master Chief joins Fortnite along with Halo’s most iconic map

Fortnite players have quite the surprise waiting for them when they log in today, as none other than Master Chief has joined the game. As one of the hooks of Chapter 2, Season 5 involves Agent Jonesy gathering the greatest hunters from across realities, perhaps we should have seen this crossover with Halo coming. Regardless, Master Chief is now in the game, though it seems that if you want to play as one of the most iconic video game characters of all time, you’ll need to pony up some cash.

That’s because the only way to get the Master Chief skin is by purchasing it from the item shop. As Epic notes, the skin is available individually or as part of the Master Chief Bundle, which comes with a number of Halo-themed extras such as a Pelican glider and a Gravity Hammer pickaxe that looks particularly neat.

Also included in that bundle are the Battle Legend back bling, which is described as “a holographic Elite skull which serves as a trophy of the Chief’s exploits,” and a Lil’ Warthog emote that depicts the Chief driving around in – what else? – a mini Warthog that he has trouble fitting into. 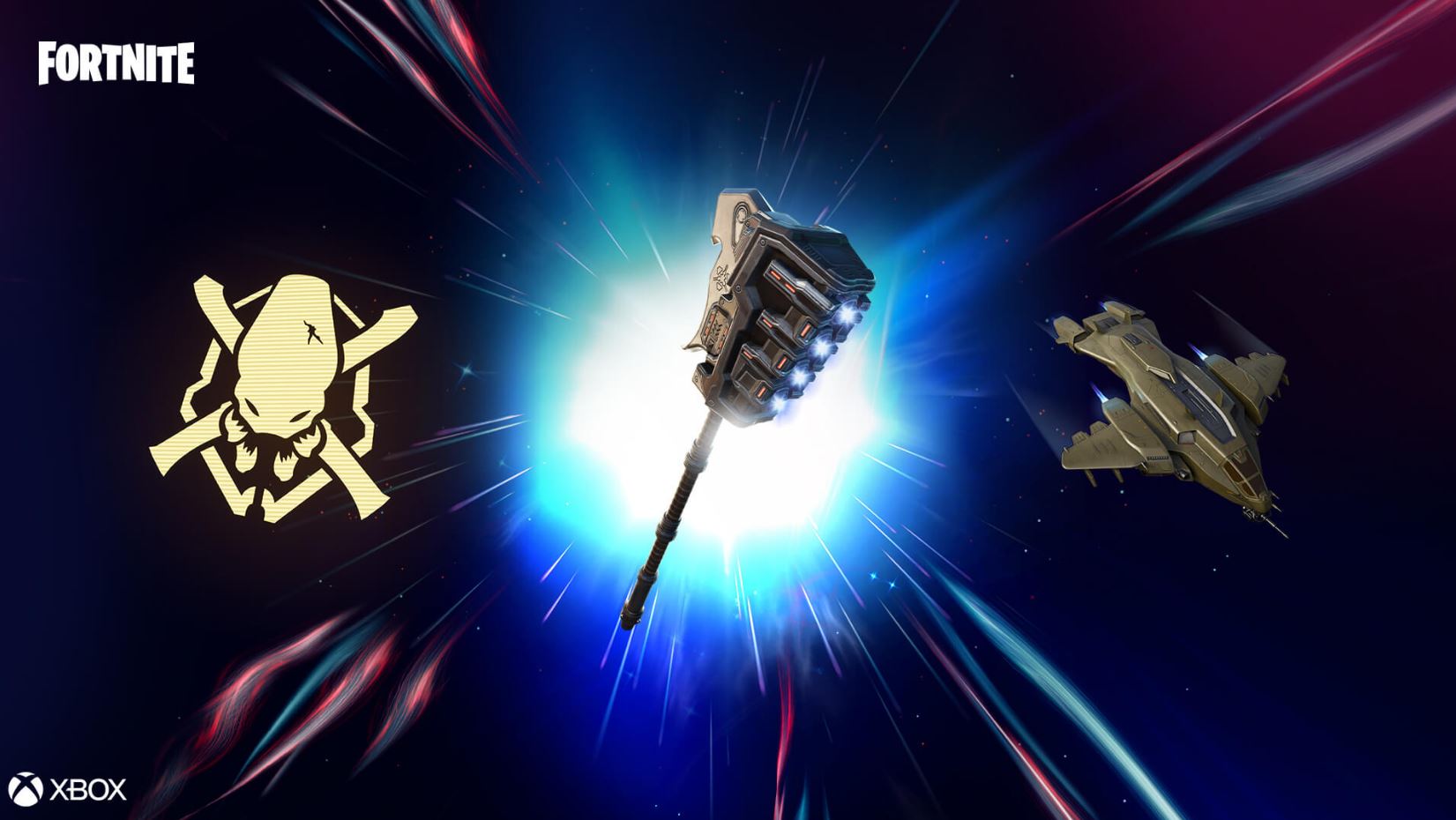 There’s also a perk for those who pick up the skin and play Fortnite on Xbox Series X/S, as they’ll unlock the skin’s matte black style by doing so. That’s a nice little bonus for Xbox owners, but hopefully the unlock doesn’t have any time limit associated with it, because Xbox Series X and Xbox Series S consoles are a bit thin on the ground at the moment.

The skin is live in the shop now, and just a few minutes ago, Halo‘s classic Blood Gulch map went live in Fortnite Creative. The map even features a Capture the Flag mode to play, so if you’ve got fond memories of wasting time in Blood Gulch like a bunch of us do, now it seems you have the chance to do that again in Fortnite.