This year’s new iMac generation will probably be best remembered for looking like gigantic iPad Pros. Of course, there are changes invisible to the naked eye and we’re not just talking about the new Apple M1 chip running the entire show this time. That does entail a lot of internal changes due to the new computing architecture but there are even more to be discovered inside. Thankfully, the experts over at iFixit have started that journey to literally uncover the secrets of the 24-inch Apple M1 iMac, now in purple!

Despite looking like a glorified iPad Pro, the teardown process actually started out well enough. That said, iFixit did run into some plastic screw posts but nothing that warranted too much delicate handling. Also good news is that the front is just a single piece of glass and has no metal chin to block access to internal components, making it easier to disassemble.

Once the back cover is removed, however, the surprises begin. While the Apple logo still hides RF antennae underneath, that’s now covered by a rectangular metal plate inside rather than something shaped like an Apple logo. There are also two large metal plates on both sides of the iMac and iFixit is at a loss at what those are for. Equally mysterious are the two CMOS battery-like circles in the middle that still have no immediately discernible purpose.

Unlike previous iMac models, most of the components are concentrated at the top and bottom edges of the M1 iMac. And thanks to the new M1 chip, its logic board is even smaller than before, just as large as the M1 MacBook Air, according to iFixit. One difference is that there are fans that actually perform active cooling to max out its performance. 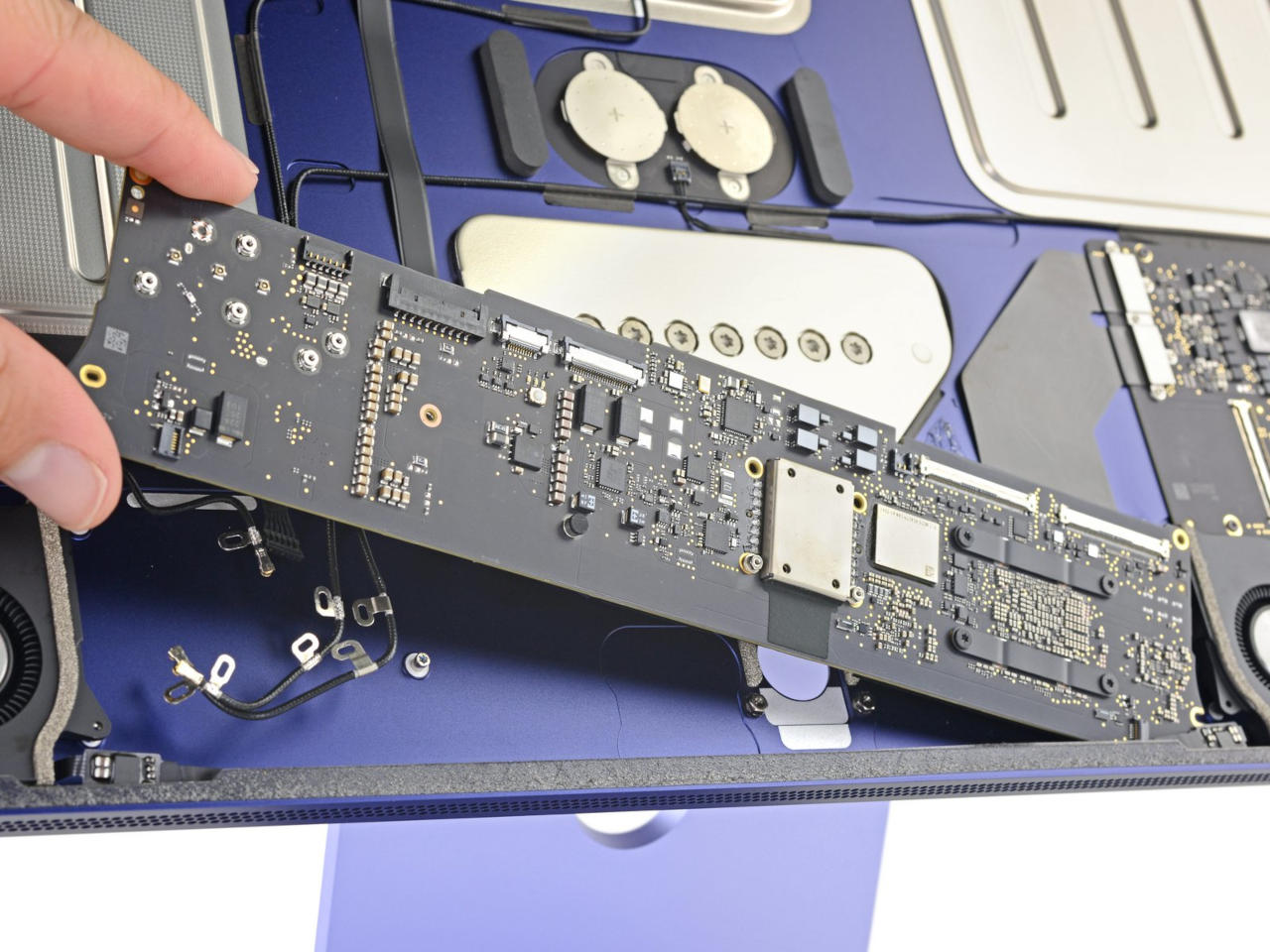 iFixit isn’t done yet with its extensive teardown but there is one thing that’s already sure. With the Apple M1, the CPU, GPU, memory, and storage are all soldered down on the logic board. This makes upgrading or replacing those components by third-party technicians pretty much impossible, which is probably the way Apple wants it to be anyway.