The FCC has laid its grubby little mitts on the cool Lytro Light Field Camera and torn the device apart to see what’s on the inside. The normal camera hardware was spied along with something that was unexpected. Inside the camera, a Marvell Avastar 88 W8787 SoC was discovered, which adds in a couple capabilities that we didn’t know the Lytro camera offered previously.

Namely, that little SoC gives the Lytro camera both Bluetooth and Wi-Fi connectivity. With those two capabilities inside the camera, it would be easy to see the ability to wirelessly transfer photos taken with the camera to your computer or other device. That hardware would also allow the control of the camera from a smart phone or other device. However, just because both capabilities are available on that chip doesn’t mean Lytro will enable both. 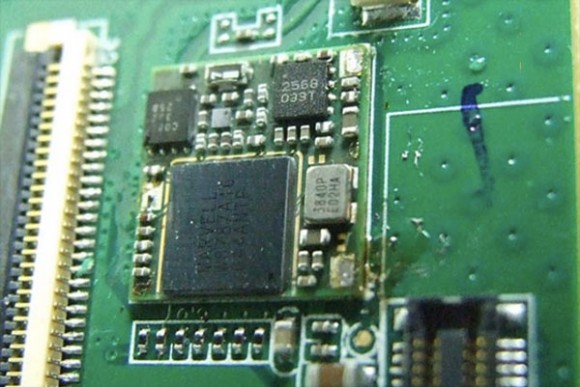 Other hardware the FCC tear down turned up includes the 11-megaray sensor, which is by far the largest thing on the camera’s mainboard. You can also see the 2100mAh battery and a Zoran processor. This little camera is interesting to me; I would like to try one out once it’s on the market.