Luna Display turns an iPad into a second monitor for Macs

Multi-monitor setups are so common these days that even notebooks that are normally meant to have only one screen are being used with external monitors. Those external monitors, however, are often expensive, bulky, and stationary. There are, of course, portable monitors which are just as expensive. If, however, you own a MacBook and happen to also have an iPad, you’re in luck, because Luna Display can wirelessly join those two screens together to give you a bigger but still portable digital workspace.

Luna Display is basically a USB-C or Mini DisplayPort dongle. Its success on Kickstarter last year was almost a given. It was made by Astro HQ, the same people behind Astropad, the software that could turn an iPad Pro into a Wacom Cintiq. That, however, was single-purpose, limited, and a bit complicated to setup. All of that is solved by Luna Display. 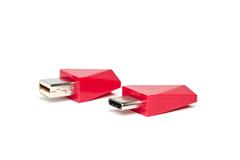 The product promises to be almost plug and play. You do have to install the Luna Display app for Mac and iPad but that’s pretty much all you need to prepare. Just plug the dongle in and it will automatically detect the iPad and you’re good to go. It almost feels magical as you move one window from your MacBook, or even Mac, to your iPad. No wires involved.

The Luna Display does cost a bit for a simple dongle, $79.99 a pop. You also have to choose before hand whether you need a USB-C or Mini DisplayPort version, depending on what Mac or MacBook model you want to use it with. It also only works with one iPad at a time, so no multiple iPad setups. And while Luna Display supports Apple Pencil input, it doesn’t support pressure sensitivity. You’ll have to use the Astropad in conjunction with it. And, most importantly, it only works with macOS. Sorry Windows users.