NASA awarded the contract to build its experimental X-59 supersonic aircraft to Lockheed Martin and the company’s famous Skunk Works. Some of the coolest aircraft of all time have been made at the Skunk Works. Lockheed has announced that the building of the aircraft has commenced with the manufacturing of the first part for the X-59 recently completed. 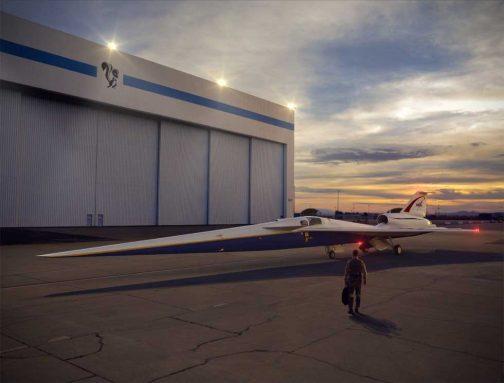 The X-59 experimental aircraft has a unique design with an incredibly long nose and very slender fuselage with a roughly mid-ship cockpit. The unique design is meant to help the aircraft achieve a low supersonic boom. Lockheed currently plans for the aircraft to have its first test flight in 2021.

The aircraft has been designed to cruise at 55,000 feet at about 940 mph. The sound created by the aircraft is said to be about as loud as a car door closing. The sound level goal is 75 Perceived Level decibel (PLdB) rather than the sonic boon normally heard with supersonic aircraft.

If the test aircraft is successful, in the coming years a new era of fast travel between countries could be ushered in. A supersonic aircraft would also mean much faster travel between states, all without creating noise pollution for those on the ground. NASA unveiled the name for the X-59 Quiet in July.