Which Chromebooks can use Android apps?

Android apps on Chrome OS is a long time coming. Probably too long. It has been months since Google officially announced the arrival of Google Play Store on Chrome devices but it has yet to make any significant headway into that promise. Performance has not been rated well and its rollout is still pretty dismal. To better reflect that disappointing state of affair, Google has updated its list of Chrome OS devices eligible for Play Store support. And it’s not all good news.

The previous page simply listed down the devices sorted by manufacturer and noted the lucky first three to get the feature at launch. Namely, the ASUS Chromebook Flip C100PA, the Acer Chromebook R11, and the Google Chromebook Pixel 2015. Google’s Chromium blog makes the list a whole lot larger – see the gallery below to check whether your Chromebook will be able to run Android apps immediately if not soon! 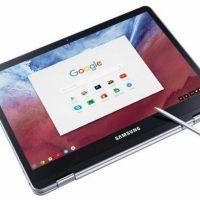 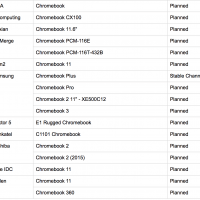 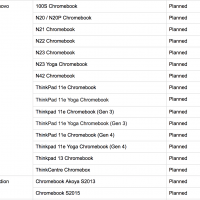 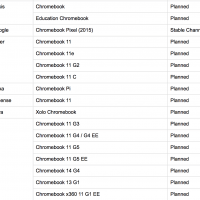 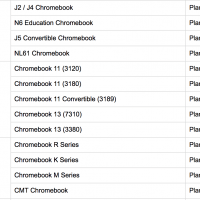 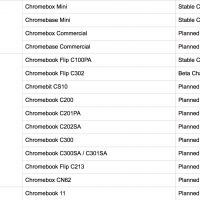 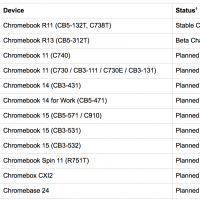 The new list marks the status for each of those devices, indicating how soon the device might get the update that finally brings Android apps to the device. If they’re still in the list, that is. There have been new additions, like Samsung’s Chromebooks, and some hopeful news for other devices.

Interestingly, joining the ranks of those with Stable implementation is the AOpen Chromebox Mini and AOpen Chromebase Mini, two of the few non-Chromebook devices in the list. The Acer Chromebook R13 and ASUS Chromebook Flip C302 are listed as being in Beta, but a footnote warns owners that this doesn’t necessarily mean they will get the feature in the next Chrome OS update.

More worrying, perhaps, are the devices that are still listed in as “Planned”. That curiously includes the Samsung Chromebook Pro, the more powerful sibling of the Chromebook Plus, which is already listed as having Stable support. Although Google never gave a date when it said it will rollout Google Play Store to these devices in 2017, interest in Chromebooks have started to wane again now that attention is being lavished on all-screen smartphones.