Limited production Cupra Formentor VZ5 has the heart of an Audi

There are a lot of automotive brands that are sold in Europe that Americans are unfamiliar with. One of those brands is SEAT and its standalone brand Cupra. Cupra is celebrating its third anniversary by unveiling its most powerful vehicle ever called the Formentor VZ5, which is a souped-up SUV. Only 7000 units will be produced, and all will feature a 2.5-liter Audi engine.

The Audi engine in question is a turbocharged unit used in various Audi RS-badged compact cars, such as the RS Q3 and TT RS. The engine is an inline-five cylinder making 385 horsepower and 354 pound-feet of torque. The Formentor VZ5 feature a standard all-wheel drive and uses a dual-clutch, seven-speed automatic transmission.

The SUV is the hottest vehicle in the Cupra line, reaching 62 mph in 4.2 seconds, making it faster than Audi’s RS Q3. Cupra caps its vehicle to an electronically limited top speed of 155 mph. Compared to the regular Formentor SUV, the Formentor VZ5 is 0.4-inches lower and rolls on custom 20-inch wheels that fit around larger brakes.

Behind those big wheels are large 18-inch, six-piston Akebono brake calipers finished in a copper color matching the color on the machined alloy wheels. Cupra also fits the hopped-up SUV with stacked quad exhaust tips and a more aggressive rear diffuser exclusive to the VZ5 model. 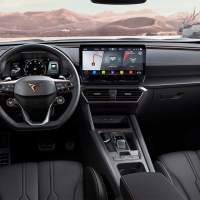 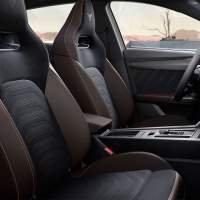 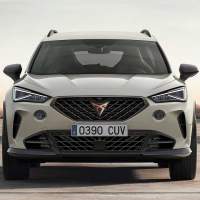 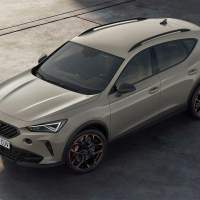 All 7000 units available will be built in left-hand-drive configuration. Order banks for the SUV will open in Q4 2021, and pricing is unannounced at this time. Currently, the most expensive Formentor model rings in at €44,920, and the Formentor VZ5 is expected to be significantly more expensive but cheaper than the Audi RS Q3 that rings in at €73,790.