With the fast-paced advancement of technology, it is sometimes easy to forget that not everyone is as physically capable. The owners of the Lichess website, which hosts free online chess games, was awakened to that realization when they were approached by a blind chess player looking to join their community. Fortunately, technology and computer games have advanced to that point that has made this wish a reality.

Part of the solution comes from screenreaders, a well-known technology used by those with visual impairments. It is employed by ebook readers and websites to give such people a chance to enjoy content via hearing. Being an online service, it almost seems logical that Lichess use some form of screenreading, but that’s really only the easy part. The bulk of the problem is in communicating the whole game to the player through audio, which may sound like a herculean task to seeing people.

Luckily for Lichess, this isn’t an old problem either. There are already quite a number of solutions in existence that are used in not only communicating a chess board’s state to a blind person, but also doing so with computers. After all, online and computer chess games do need a language in order to work. The Forsyth-Edwards Notation or FEN is a way of describing the whole state of the chess board, the various positions of the pieces and whose turn it is, all in a single line of text that would look gibberish to most people. The Portable Game Notation or PGN, on the other hand, isn’t used by humans but by computers in order to record chess games in a plain text file. Many computer chess programs support this. And lastly, the Universal Chess Interface (UCI) is the common language spoken by the chess game engine, the part of the game that handles all the rules and calculations, and the interface. This allows engine and interface to be independent of each other, making a blind-friendly Lichess possible. 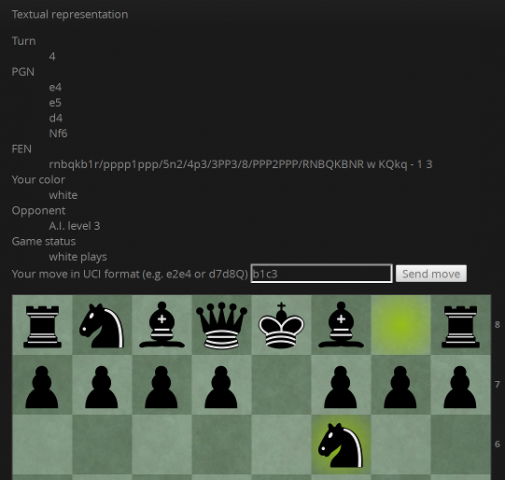 Taking all these existing pieces together has allowed Lichess to give visually impaired players a fighting chance. Sure, for those with normal eyesight it might not be as existing as seeing the actual pieces rendered in graphics and moving them to your desired location, but it is definitely a far better alternative than not playing a game that you love at all. It also gives Lichess the distinction, or at least the claim, of being the first chess site to cater to visually impaired players.

There isn’t exactly anything new in this Lichess achievement. All the pieces used to implement the new feature have been in existence for decades, some even as far back as the 19th century. But it is nonetheless a shining example of how technology, no matter the age, can be put together to benefit people, no matter their physical capabilities.