Few phones can claim to be running a “full” version of Linux. Even fewer could boast of having reached the consumer market at all. That extremely short list includes the OpenMoko and the Nokia N900 and N9. By the end of the month, they will be joined by Purism’s Librem 5 whose origins and development, not to mention the drama behind them, could fill pages. The journey isn’t over yet, however, as the process to get those privacy-respecting phones into users’ hands is going to be a story in itself, spread out across batches all the way to the second quarter of 2020.

Purism is definitely doing a lot of things differently with the Librem 5 phone. It was a crowdfunded products, yes, but on Purism’s own platform. In almost every step of the way, the startup adhered to transparency, including not just delays but even the uncertainty of grabbing its ideal NXP i.MX8 processor. Now it seems that even its rollout of the phones will be unconventional as well.

Unlike typical OEM phones that dump everything in one initial mass production run, Purism will be manufacturing and shipping the phones in batches. Each batch will be better and more refined than the one before it, both in hardware and software. All batches, however, will come with all the hardware inside and certifications for radios.

That will admittedly raise a few eyebrows, especially when you consider that physical parts can’t be changed once they have shipped. The very first ones that will get their phones later this month will have individually milled case, have a loose fit, and unfinished switch caps. It won’t be until the fifth “Evergreen” batch shipping in Q2 2020 that the recipients will have a molded case. The same is the case for software, with the first batches getting an early version of the apps and services. Software, however, can easily be updated.

That may sound a bit unfair to those who will be part of the first batches but it seems they can choose which batch they want to be part of. It will definitely be an interesting and perhaps messy affair but at least Purism is, as promised, being transparent about it. The first “Aspen” batch of Librem 5 phones will start shipping on September 24. If all goes well, there will be a Version 2 of the phone with a next-get 14nm CPU by the end of 2020. 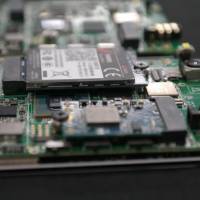 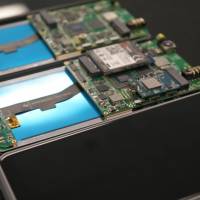 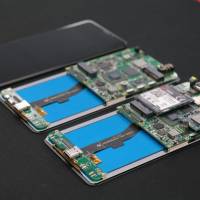 Purism has provided photos of the phone’s main body and screen, ready to be assembled, as well as the breakdown of the batches and what each will have in terms of design and default software.