LG Wing 5G vs Galaxy Z Fold2 5G: Should you swivel or continue to fold

Foldable and dual-screen phones have come a long way but there hasn’t been too much that has changed intrinsically. LG is bent at making heads turn with its new Wing 5G that is arguably the strangest dual-display phone we’ve seen. Samsung is the pioneer – it knows how to make high-end phones that fold and are still worth the money, and that extends to the Galaxy Z Fold2 5G, which is already being pegged as one of the finest smartphones this year. Yet, it’s the LG Wing with a dual-screen that swivels, offering a very different perspective to multitasking than the dual-display of maybe the Microsoft Surface Duo or the Z Fold2 for that matter, which will polarize opinions.

Both the LG Wing 5G and Samsung Galaxy Z Fold2 5G are not directly comparable because they fall in the separate price brackets and one drops with flagship-grade features while the other is somewhere in between. But comparing the two will enable us to check out the respective specification and features other than the unusual designs that meet the eye. Wing 5G may not be a contender for the best smartphone of the year, it sure is the biggest eye candy and this assessment will be helpful in understanding how the Wing flatters against the book-ish Z Fold2 and which one should you go for provided you have the budget for a high-priced phone amid the ongoing pandemic.

Display and design – the initial difference 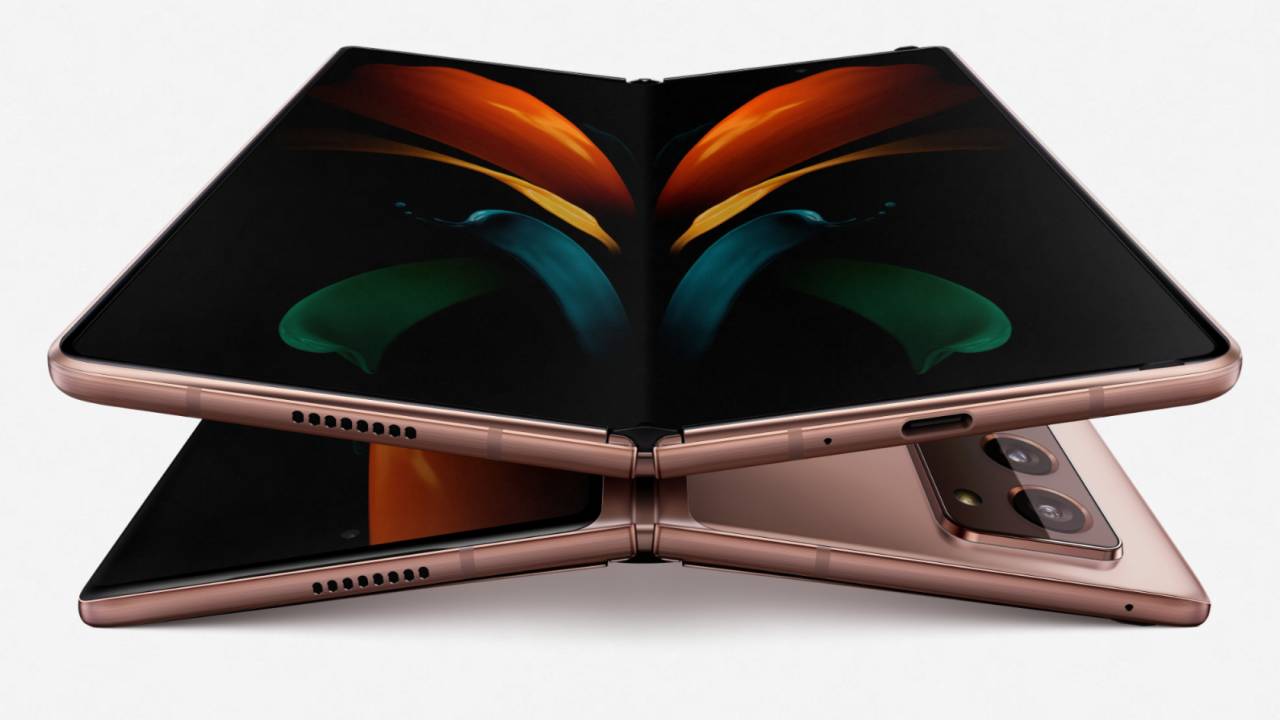 Both the phones are different in approach they bring to the table. When closed both of these look like any other big screen smartphone. The first real glimpse of something unreal is when you flick the LG Wing’s 6.8-inch P-OLED FullVision display to swivel (clockwise) into a horizontal orientation to reveal a second – rather smaller – 3.9-inch screen below. The Galaxy Z Fold2 5G however retains the same book-like design philosophy employed in the first Fold smartphone, only that this time it is more refined, sturdier, and good to behold.

When opened, the Samsung device reveals a massive 7.6-inch Dynamic AMOLED display with a new 120Hz adaptive refresh mode, which extends out wide to minimize the bezel. It is bisected halfway through with a hinge mechanism for folding the phone, but it is no way a hindrance when you have the phone open flat. On the outside – when folded – the phone has a 6.2-inch screen with a very thin bezel again, a big up from the small secondary display on the original Fold. 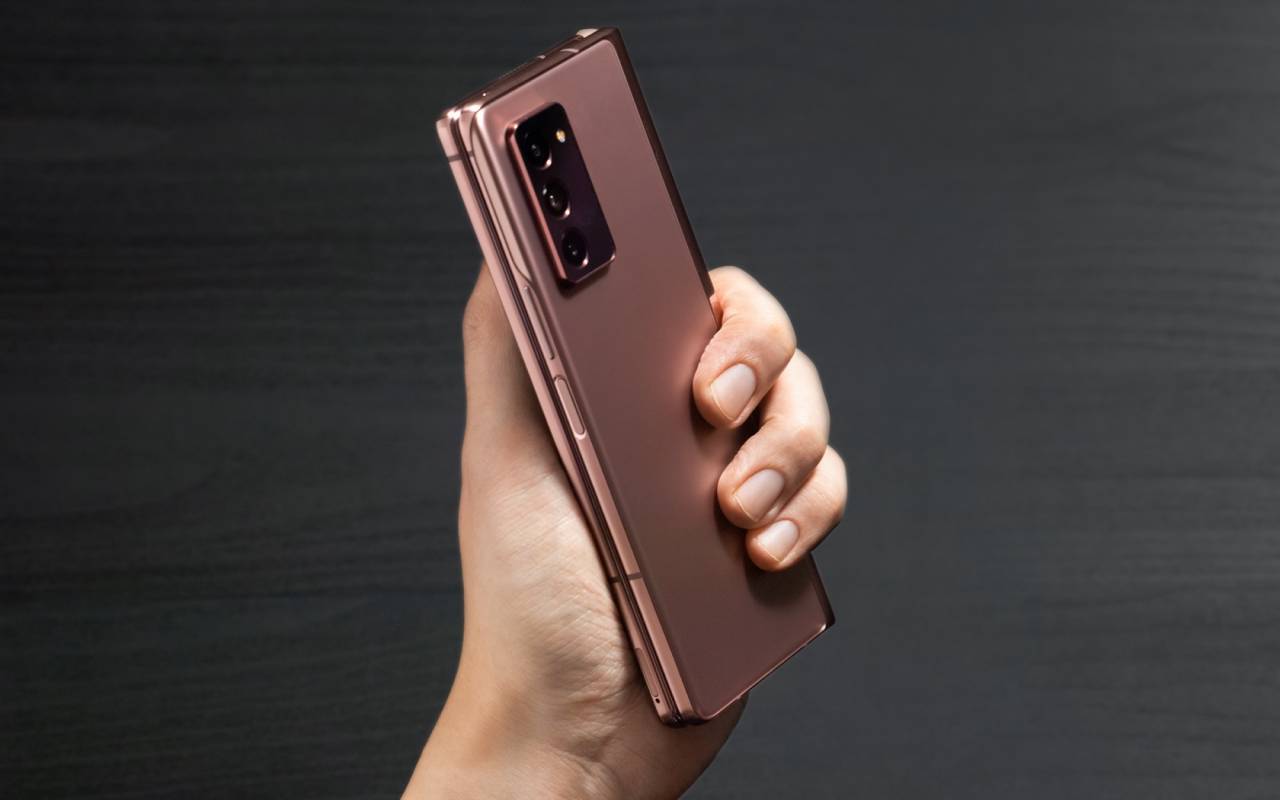 Both the phones can be used in the basic mode i.e. like a normal smartphone. The Wing can be swiveled to pop out the smaller screen so the apps can either be used across both screens or any two apps can be used simultaneously – one on each screen. Interestingly, the second screen can also be used as a grip – there is something called the Grip Lock which can be activated so that accidental touches don’t ruin the experience on the main display now in landscape mode.

Galaxy Z Fold2 5G extends the goodness of the biggest foldable phone promise to provide a decent display upfront for tasks on the go and a massive – tablet-like – display for when you need it popping right out of the pocket. The external display is protected with Gorilla Glass Victus, while the foldable display is covered by Samsung’s Ultra-Thin Glass (UTG) for brighter and impressive picture quality and foldability. The hinge mechanism here is more user-friendly and sturdier than before. The gap between the screens has been taken care of and Flex mode ensures you can hold the folding display at any angle just like a laptop. 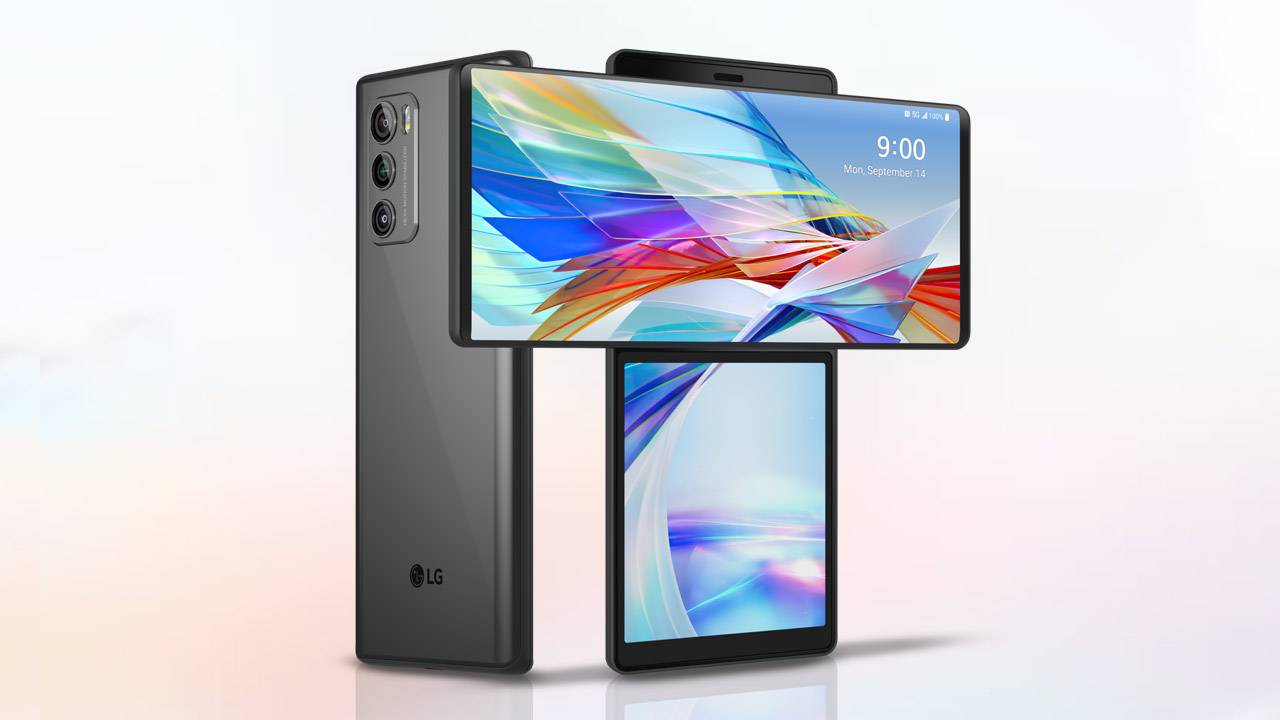 When it comes to processing and power, there is a stark difference between the two 5G capable smartphones. The LG Wing 5G comes with an octa-core Snapdragon 765G SoC powering its guts. It is paired with 8GB of RAM and comes in two storage options – 128GB and 256GB – both expandable via microSD card (up to 2TB). Galaxy Z Fold2 5G is the outright winner here with top of the line Snapdragon 865+ processor and it features a massive 12GB of RAM paired to 265GB/512GB of UFS 3.1 storage that isn’t expandable via microSD card.

282 gram Galaxy Z Fold2 5G is impressively thin at 6.9mm but when folded it feels a lot thicker measuring 16.8mm at its thickest point. It packs a 4,500mAh battery that supports 25W fast and 11W wireless charging and should be good enough for a power user to last at least a day before requiring to be juiced back up. The 260 gram LG Wing 5G feels a little chunkier in the hand with 10.9mm thickness. It only provides a 4,000mAh battery, which does support 25W fast charging and 10W wireless charging. 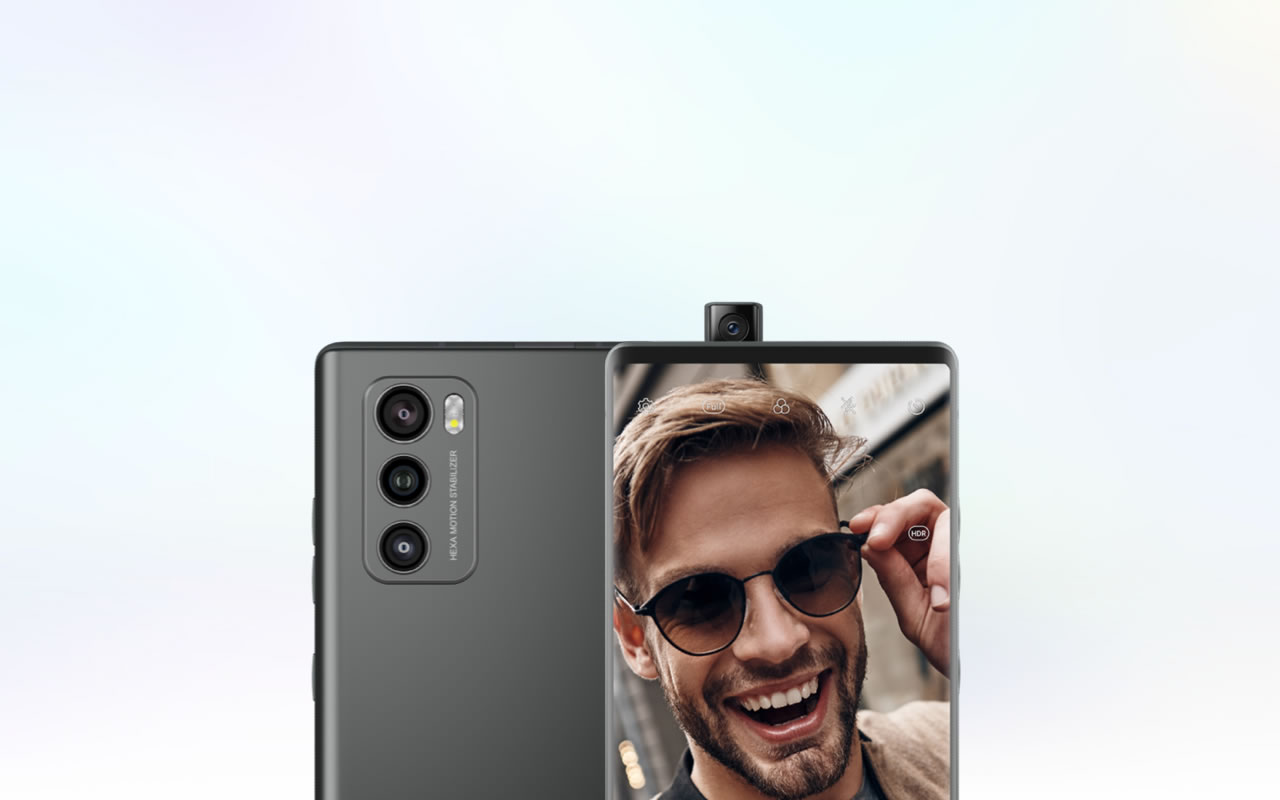 This is the most interesting part of the two smoothies from LG and Samsung. Speaking of the latter, Galaxy Z Fold2 5G has five cameras in total – a triple camera setup on the back comprising a 12MP primary shooter with an f/1.8 lens, a 12MP sensor with an f/2.2 ultra-wide-angle lens, and a 12MP sensor with an f/2.4 telephoto lens offering 2x optical zoom. On the front, on each screen, you get 10MP sensors with an f/2.2 lens for impactful selfies and it’s without any notches.

The presence of dual ultra-wide angle lenses is not a coincidence, in fact, one of these with the Grip Lock activated in swivel mode opens up the option of Gimbal Motion Camera feature that lets you control the camera angles using the smaller phone display as the virtual joystick. This enables you to reduce shakes or capture videos while moving with more stability; presenting a gimbal-like experience you’d enjoy tinkering with. What’s slightly fragile on the LG Wing is the 32MP front camera stacked up in a pop-up module. 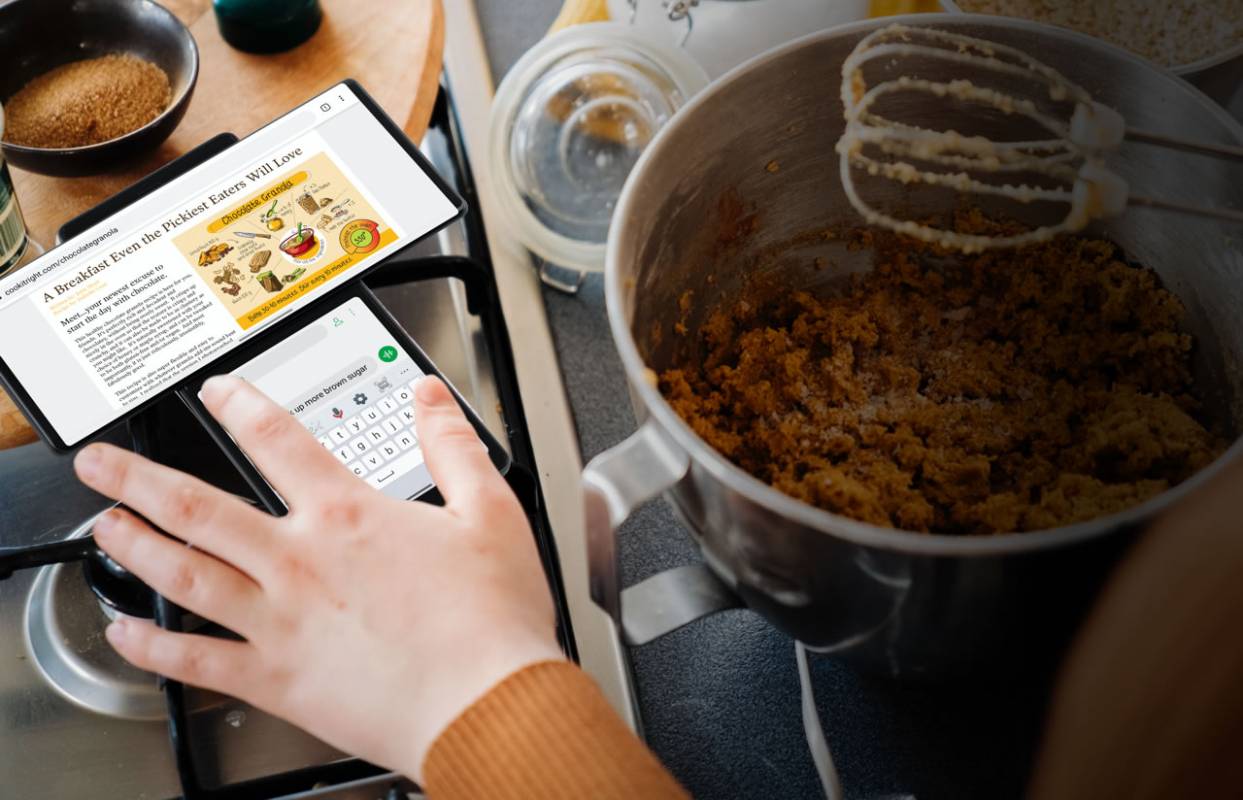 Samsung has made many improvements to the One UI 2.5 to make most out of the massive display of the Galaxy Z Fold2. It is a great multitasking machine that’ll let you interact with multiple apps at the same time – up to three – and given the screen real estate, it is neither going to look pushy or crapped. You can save the shortcuts to your favorite app combinations and have them pop up for you with a simple tap on the Edge Panel.

Watching videos, playing games, and navigating your way through the city is going to be even more smooth and impactful on the humongous display of the Samsung handset, but the LG Wing brings a completely different approach to multitasking and media consumption in comparison to the dual screen of the Galaxy Z Fold2. The statement device is presenting an all-new way to how people can interact with dual screens and use them simultaneously for more fun.

In the swivel mode – where the entire front of the LG Wing 5G rotates 90-degrees and places itself in landscape orientation over the smaller perpendicular screen – it opens up a new wide-screen experience for users who can watch the content on the main screen and have controls or do other things like chatting, placing calls etc. on the secondary screen. LG also comes with a Multi-App feature that lets you save pairs of apps that you’d like to use simultaneously on two screens. What is for now a major point of contention is the type of content and app support either of the phones have. There is a lot of mending that will be required in collaboration with app developers so that the user experience can be smoother on these smartphones especially while multitasking. 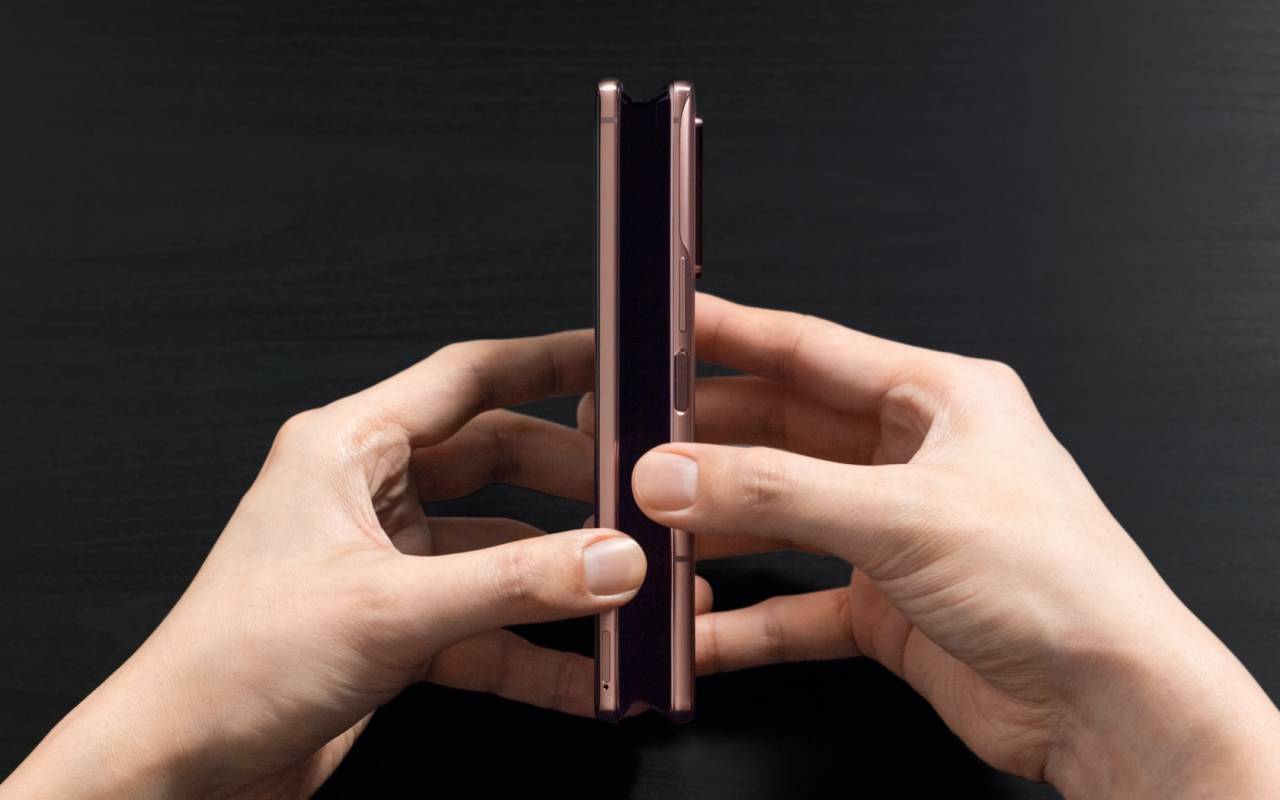 Without a second thought, with the folding and swiveling phones you need to know how durable they are to use in the real world scenario. LG to start with says, the Wing can withstand 200,000 swivels – good to last up to five years. It comes with a thermoplastic polyoxymethylene on the back of the main screen which prevents scratches on the second screen while the hydraulic hinge mechanism with dual spring and dual lock ensures the phone can swivel for years without a problem. The Wing gets an IP54 rating which means the Wing is dust and water-resistant too.

Compared to the first Fold, Samsung has improvised a great deal and gone ahead to redo the hinge mechanism and the display to make the smartphone as durable as impressive. To overcome the fragility of foldable phones, Samsung employs 1.4R curved display on the phone with Ultra-Thin Glass for a sleeker look – the display has smallest radius of curvature on a phone which means the phone folds more snugly along the crease and leaves no gap between the two screens when closed to allow in dust and small particles, which can cause the screen to shatter. The phone is not dust or water-resistant.

LG Wing was revealed on September 14 but there is nothing official about the price and availability yet. Rumors suggest it will launch in October in Aurora Gray and Illusion Sky colors in the USA, first through Verizon followed by AT&T and T-Mobile later. Galaxy Z Fold2 5G with its steep $1999.99 tag is not a phone for everyone, but if you have the pocket it takes – it is worth a try. It comes in two color options, Mystic Black and Mystic Bronze.