LG V40 ThinQ’s five cameras will work like this

Huawei can probably have a few laughs in the next few days, seeing how its rivals are trying to catch up with it this time. Samsung has just revealed its first smartphone with three cameras on its back but LG is about to do one better. The V40 ThinQ is already confirmed, by LG itself, to have three cameras rear side. It will also have two cameras on the front, and all of them will determine how close you want to get or how much of the background you want to capture.

Putting bokeh use cases aside, digital cameras are able to get away with having only one image sensor because they aren’t constrained by space. They can have or use different lenses with different zoom levels of fields of vision. Smartphones, in contrast, have to make do with having one camera with one lens for each of those. Unless they adopt a lens system like olloclip’s.

So that’s pretty much the real advantage of having more than one camera on a smartphone. While some use a second sensor simply for depth data and added pixel information, others put each camera to a specific zoom or angle. According to prolific leakster Evan Blass, that’s exactly the case with the LG V40 ThinQ. 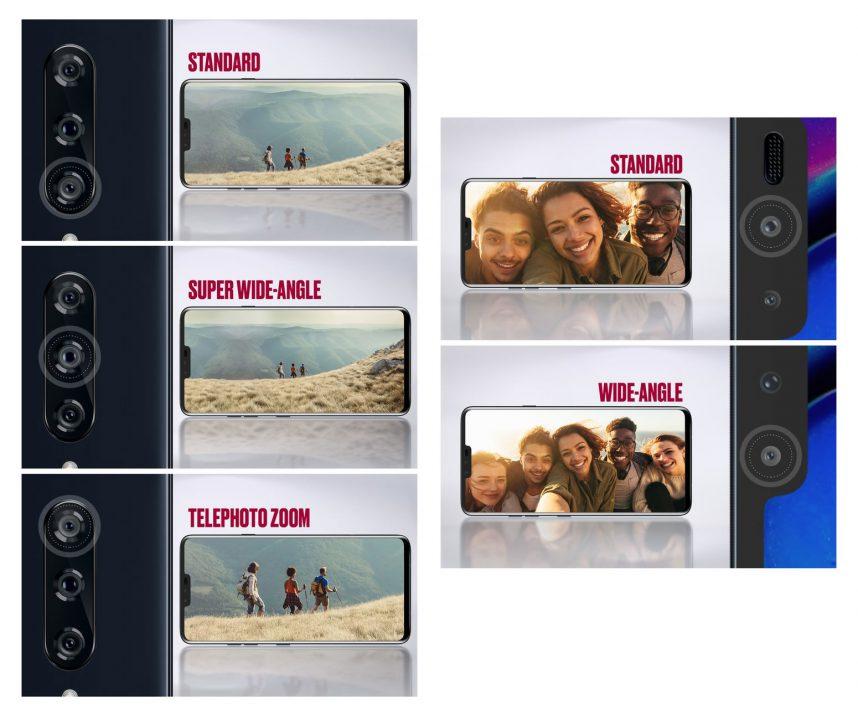 The camera nearest to the LED flash will be the standard one with balanced zoom and FOV. Next to it will be the super wide-angle lense to capture even more of the scene. At the opposite end is the telephoto zoom to focus on a specific detail. The two front cameras consist of a standard and (non-super) wide-angle lenses. No need to zoom in on a zit, after all.

This is definitely a step up on both sides for a LG flagship. But will it be enough to put the V40 ThinQ on the map? LG’s smartphone cameras have mostly been rated as “good”, but very few have become quite notable in that aspect.