After revealing a new notebooks and Chromebooks lineup last week, Lenovo followed up with another MWC 2021 announcement today. This one is mostly about tablets, with Lenovo announcing new Yoga tablets alongside new Lenovo Tabs. Between those tablets and the Lenovo Smart Clock 2 – also revealed today – the theme to this batch of MWC announcements seems to be “displays in unexpected places,” as the Smart Clock 2 is destined for nightstands, and the Yoga Tabs can even be hung on walls.

By far, the most interesting announcement Lenovo made today was that of the new Yoga Tab, which will be available in 13-inch and 11-inch models. While there are some clear similarities in design between the two tablets, the two have a lot of differences when it comes to hardware. 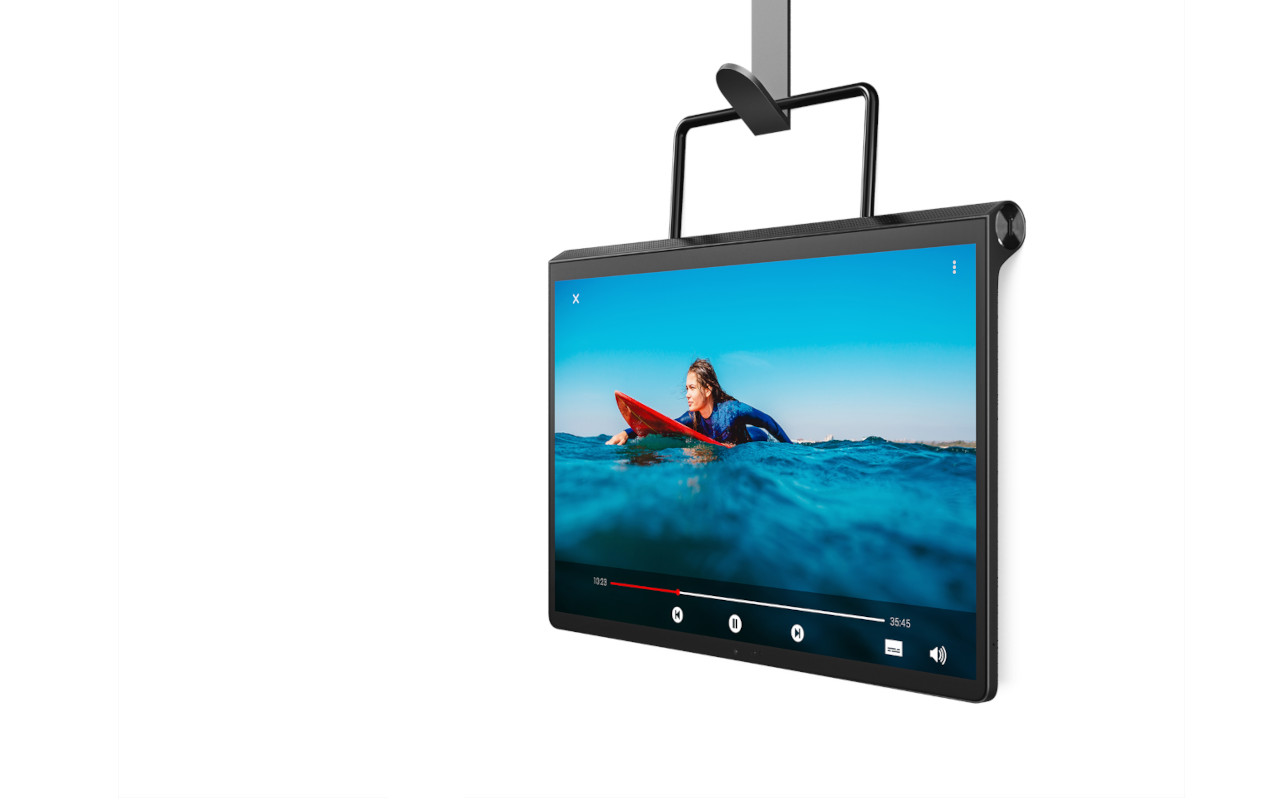 The Yoga Tab 13, for instance, comes equipped with a Snapdragon 870 SoC, 8GB of LPDDR5 RAM, either 128GB or 256GB of storage depending on your configuration, and a 13-inch 2,160 x 1,350 display that supports Dolby Vision and covers 100% of the sRGB color gamut. In terms of battery, Lenovo says that the Yoga Tab 13’s 10,000mAh battery can last up to 12 hours on a single charge, though as always, the battery life you get depends on how you use your tablet. 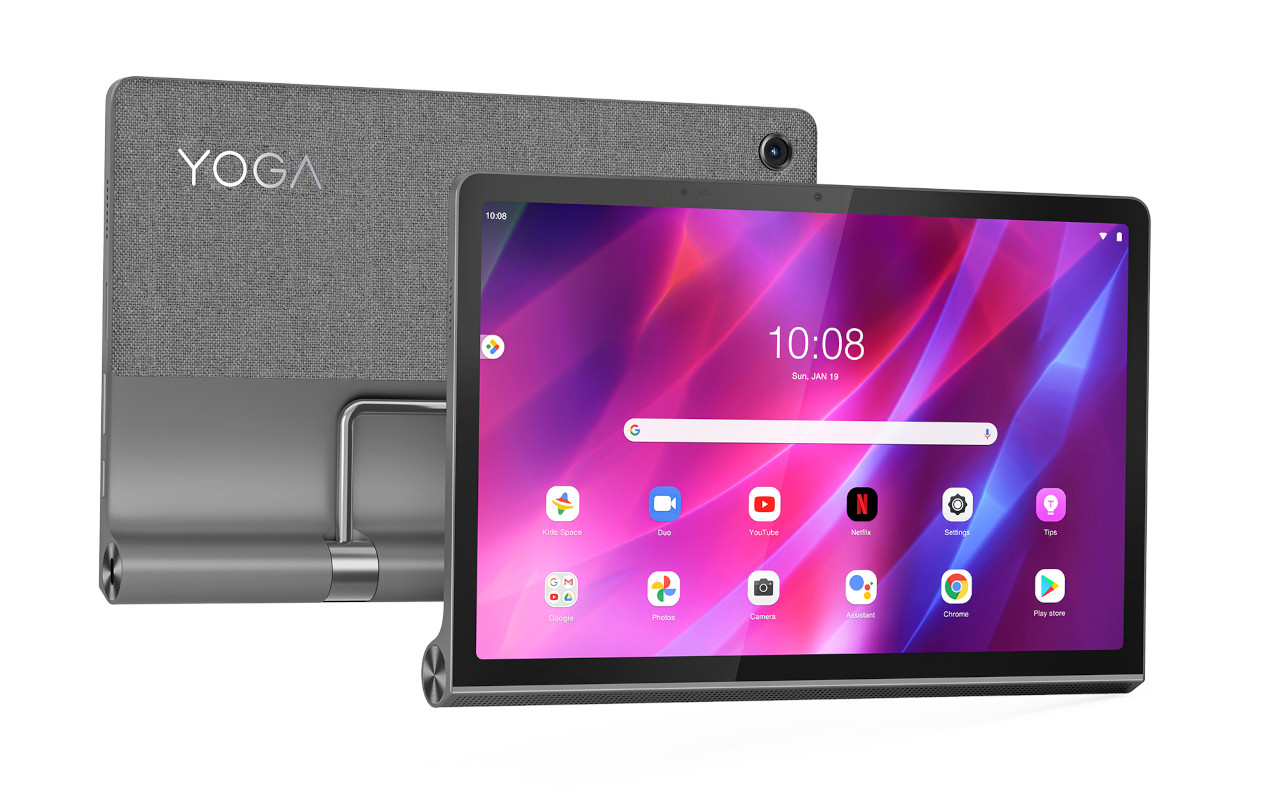 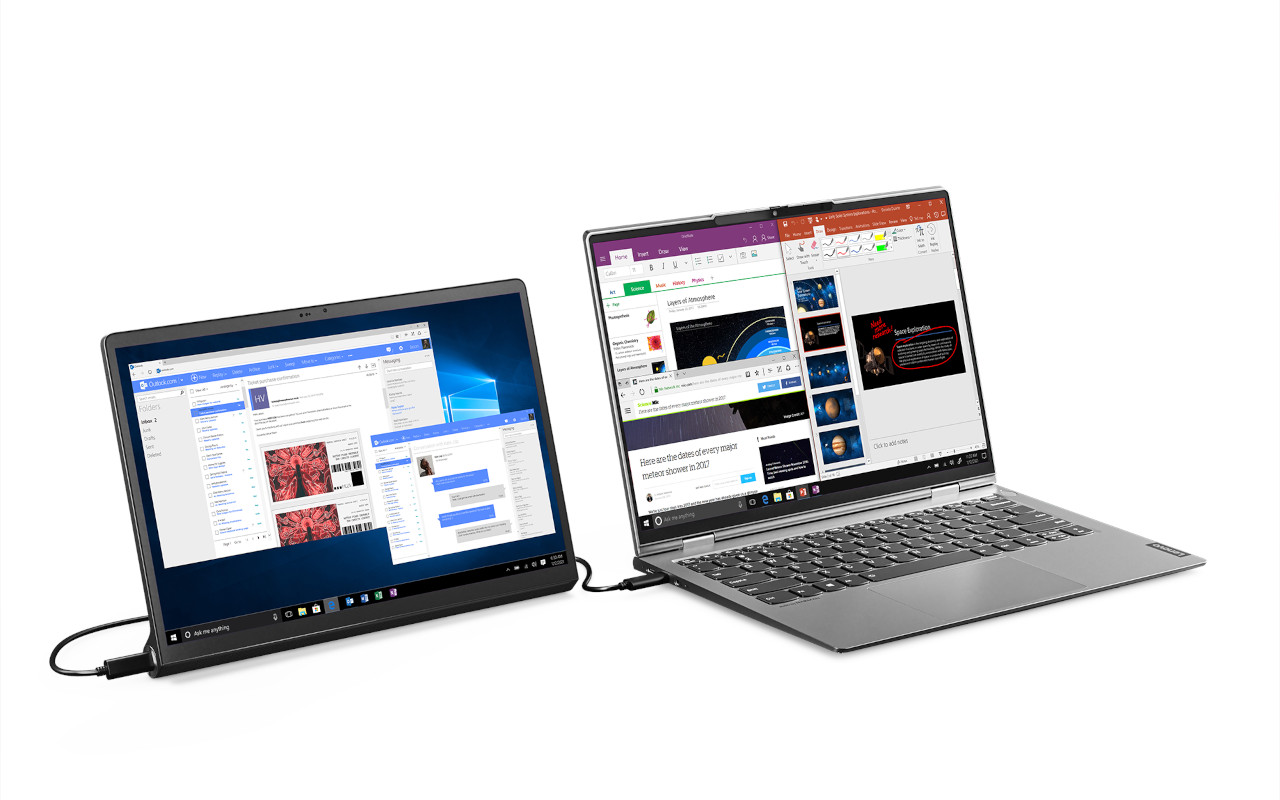 Both tablets come with a kickstand that can position the tablet in a few different orientations. The most obvious is a stand mode, but both tablets can also be hung on the way using that kickstand or angled for typing and drawing (both tablets support Lenovo’s Precision Pen 2). The Yoga Tab 13 can even be used as a second display when connected to a computer using a micro HDMI to USB cable. There’s a fairly big price difference between the two tablets, as Lenovo says that the Yoga Tab 13 will start at $679.99 when it launches in July. The Yoga Tab 11, meanwhile, will start at $319.99 when it lands in August.

If you’re looking for a more traditional (and less expensive tablet), then Lenovo also announced two tablets that possibly fit the bill today. First up is the Lenovo Tab P11 Plus. Like the Yoga Tab 11, the P11 Plus uses a Helio G90T processor from MediaTek. Here in the US, we’ll see the P11 Plus launch in several configurations – one with 4GB of RAM and 64GB of storage, the second with 4GB/128GB, and the third with 6GB/128GB. The tablet also has a microSD slot, so you can save some money with the 64GB model and expand storage later if you need to. 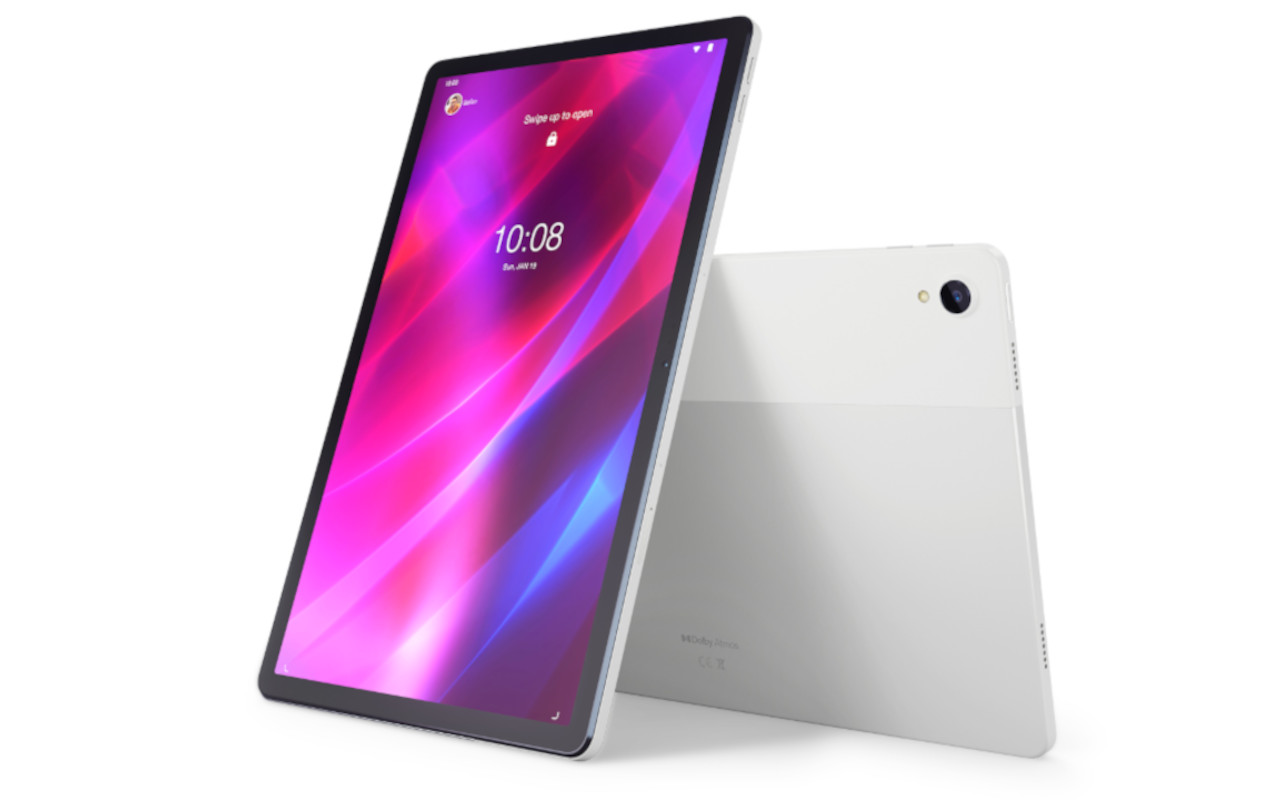 As the name suggests, the P11 Plus comes with an 11-inch IPS LCD boasting 2,000 x 1,200 resolution. The tablet will be available in WiFi and LTE models, so in many ways, the P11 Plus is essentially the Yoga Tab 11 in a more traditional form factor – even their batteries clock in at the same size with the same size general estimations regarding how long they’ll last. 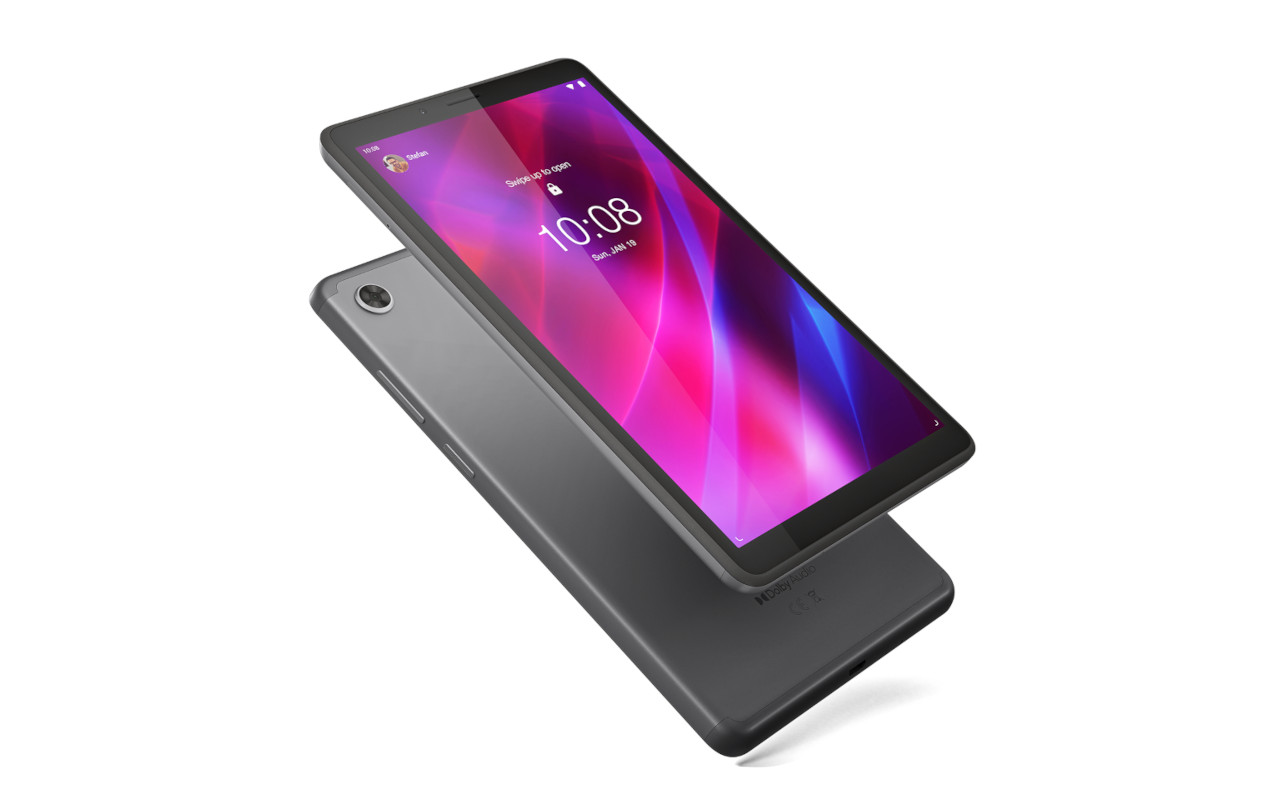 Then we also have the third-gen Lenovo Tab M7, which seems to be targeted more at families with young children. The Tab M7 is a pretty basic tablet, especially compared to the other tablets Lenovo revealed today. Expect a 7-inch, 1,024 x 600 IPS display, 2GB of RAM with 32GB of storage (along with a microSD slot), either a MediaTek MT8166 (WiFi) or an MT8766 (LTE) CPU, and a 3,750mAh battery. Lenovo also plans to launch a larger 3rd-gen Tab M8, but that won’t be available here in the US. 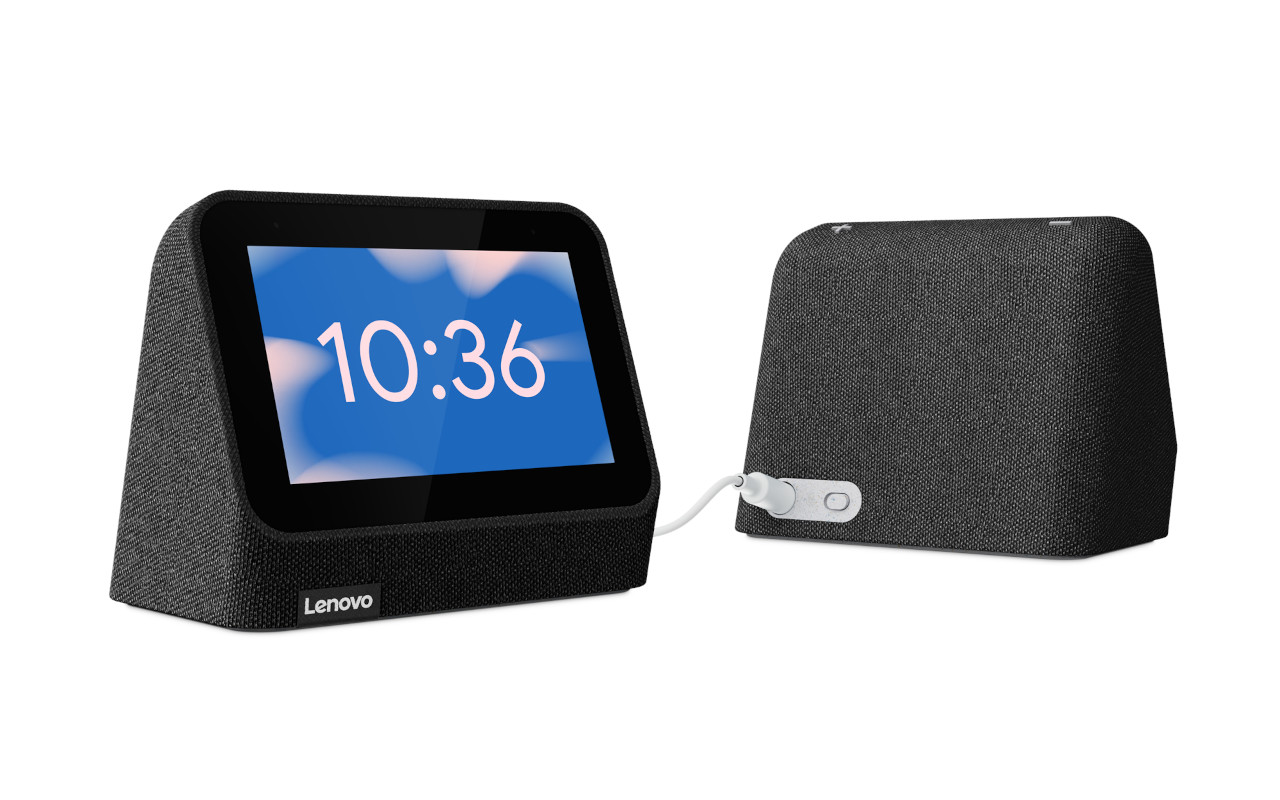 Finally, we have the Lenovo Smart Clock 2, which was revealed alongside this collection of tablets today. The Smart Clock 2 is almost like a miniature Smart Display, but with one key difference: there’s no camera on this device because it’s meant to be placed on your nightstand and most people probably don’t want to put a camera there. The Smart Clock 2 comes with a 4-inch touchscreen and is mostly covered in fabric. With just 1GB of RAM, 8GB of storage, and a MediaTek MT8167S processor, this definitely isn’t the most powerful device around, but then again, it doesn’t really need to be. 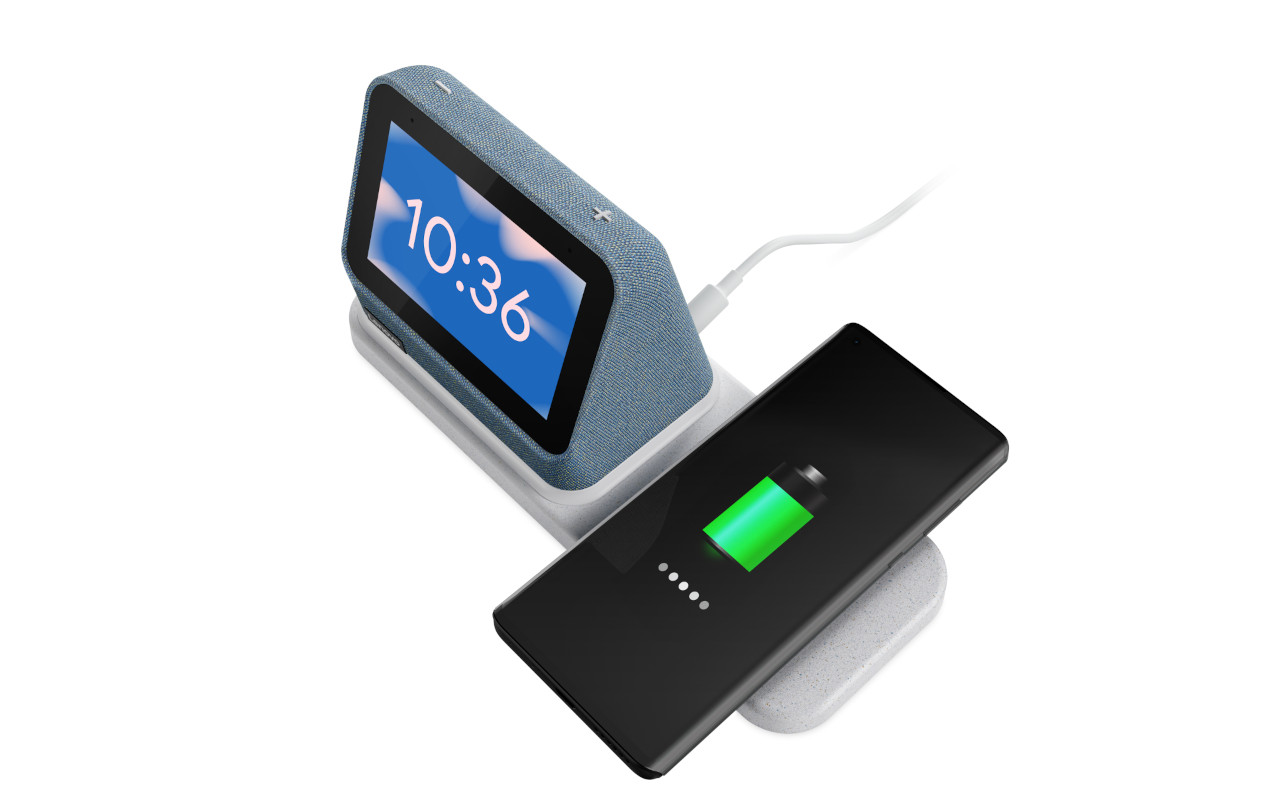 One interesting thing about the Smart Clock 2 is that it comes with a wireless charging stand with a spot for a smartphone so that it can double as a charging station at the end of the day. When it’s docked, it can also act as a nightlight, which sounds like a nice touch for those of us who have a talent for running into things in the dark. Look for the Lenovo Smart Clock 2 to launch in Abyss Blue, Heather Gray, and Shadow Black in September with a starting price of $89.99.