If you follow the ISS on you know that you all kinds of experiments aboard the space station. Most of those experiments are things that most of us consider boring. Japanese Aerospace Exploration Agency flight engineer Satoshi Furukawa had a chance to do something really cool a lot Lego geeks will love onboard the ISS. He constructed a Lego replica of the ISS, on the ISS, in about two hours.

As you can see from the photos, constructing a Lego replica of the space station in zero gravity offers a few challenges. One of the challenges is keeping all your pieces nearby rather than floating around the room you’re working in. The astronaut used a chamber that looks like something you would place a newborn baby in for the construction process. 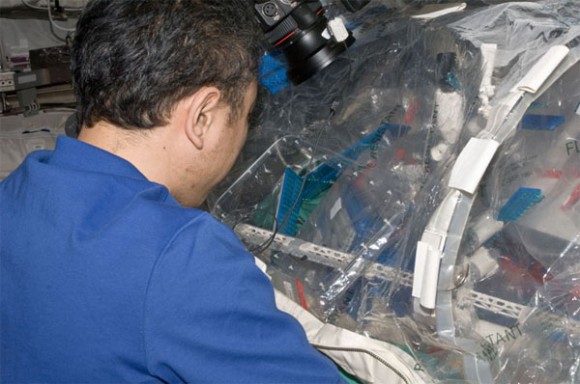 The Lego model is 2 feet long and was constructed as part of an educational collaboration between Lego and NASA. Once the Lego model was done, Furukawa used it as a demonstration tool for a series of videos recorded to help educate children about living and working in space. The most challenging part of the build was putting the pieces together wearing the heavy rubber gloves that the glove box enclosure used for construction required according to the builders. 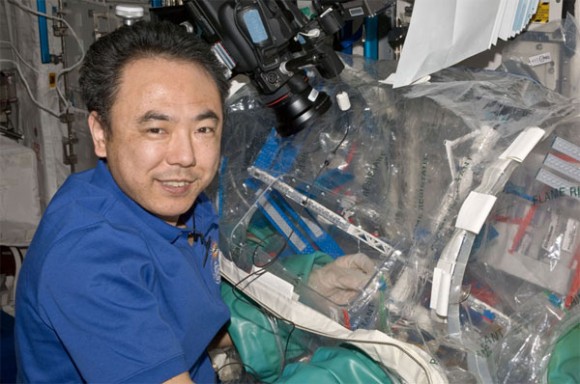 “A lot of the work dealing with the small pieces had to be done in an enclosure, like a simple payload glovebox,” crewmate and NASA astronaut Michael Fossum said. “A simple structural one with plastic sides so you could see inside, but a glovebox so you don’t have all of these little pieces getting loose and becoming either lost or potentially getting jammed in equipment or even becoming a flammability hazard.”