Last month, Nintendo and LEGO revealed a new Super Mario-themed team up. We didn’t learn a whole lot about these Mario LEGO sets during that initial reveal, but we did get to see a sizzle video that showed off some of their features. Today, LEGO revealed more details about these Super Mario Sets, which are all launching this summer.

In all, the Super Mario LEGO lineup will be comprised of the Starter Course, the Piranha Plant Power Slide Expansion Set, and the Bowser’s Castle Boss Battle Set. Most of the information we received today revolves around the Starter Course, and it sounds like you’ll need to own that in order to use either of the expansion sets.

The Starter Course comes with a Mario figure, which has been outfitted with LCD screens in his eyes, mouth, and belly to show what’s happening as players make their way through Mario courses built out of level bricks. The Starter Course comes with seven different “action bricks,” that the Mario figure can detect and react to – for instance, stepping on a lava brick will show flames on the LCD on his chest. 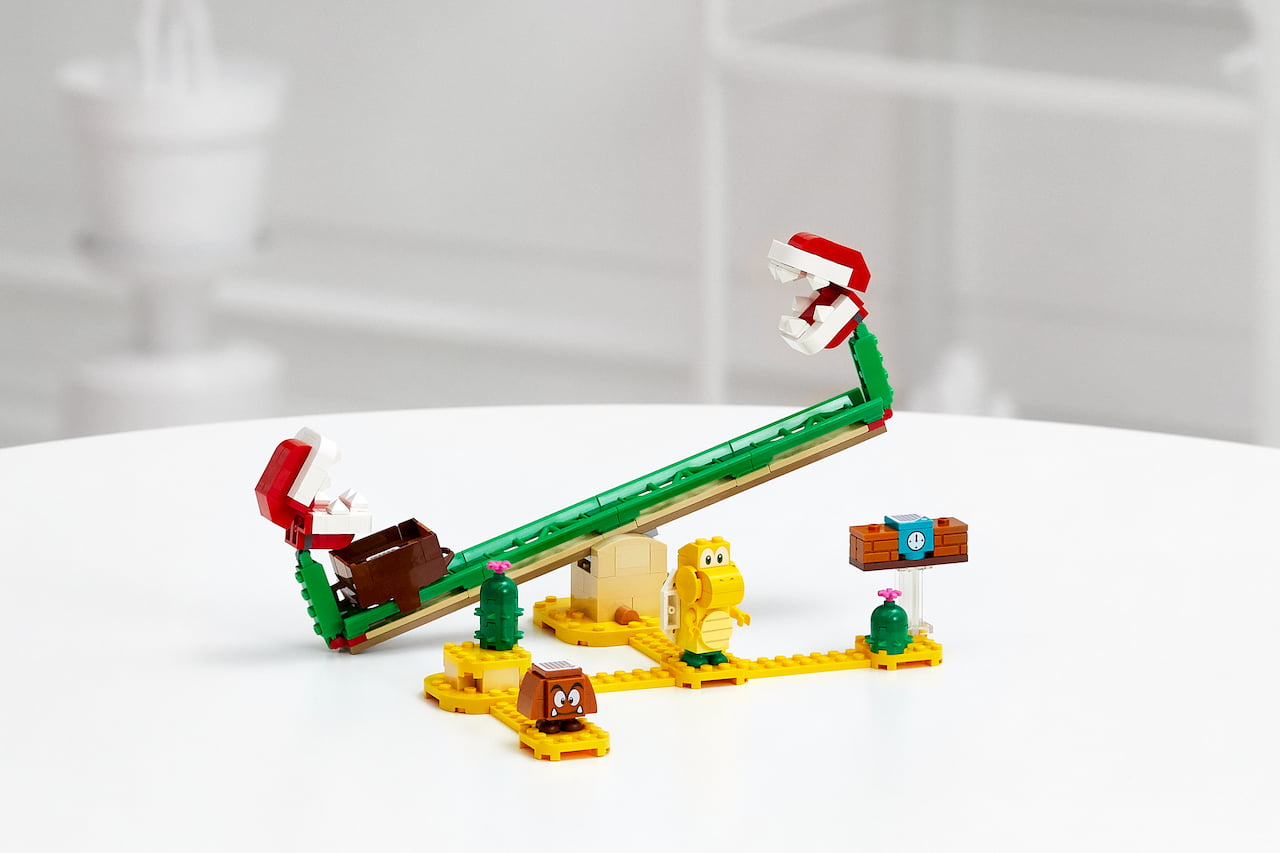 The Mario figure is also equipped with a gyroscope, accelerometer, a sensor to read those action bricks, and a speaker. The Starter Course is modular, allowing you to construct your own Mario levels, but it seems that the two expansions are more straightforward (though it also appears that they can be integrated with the pieces from the Starter Course). 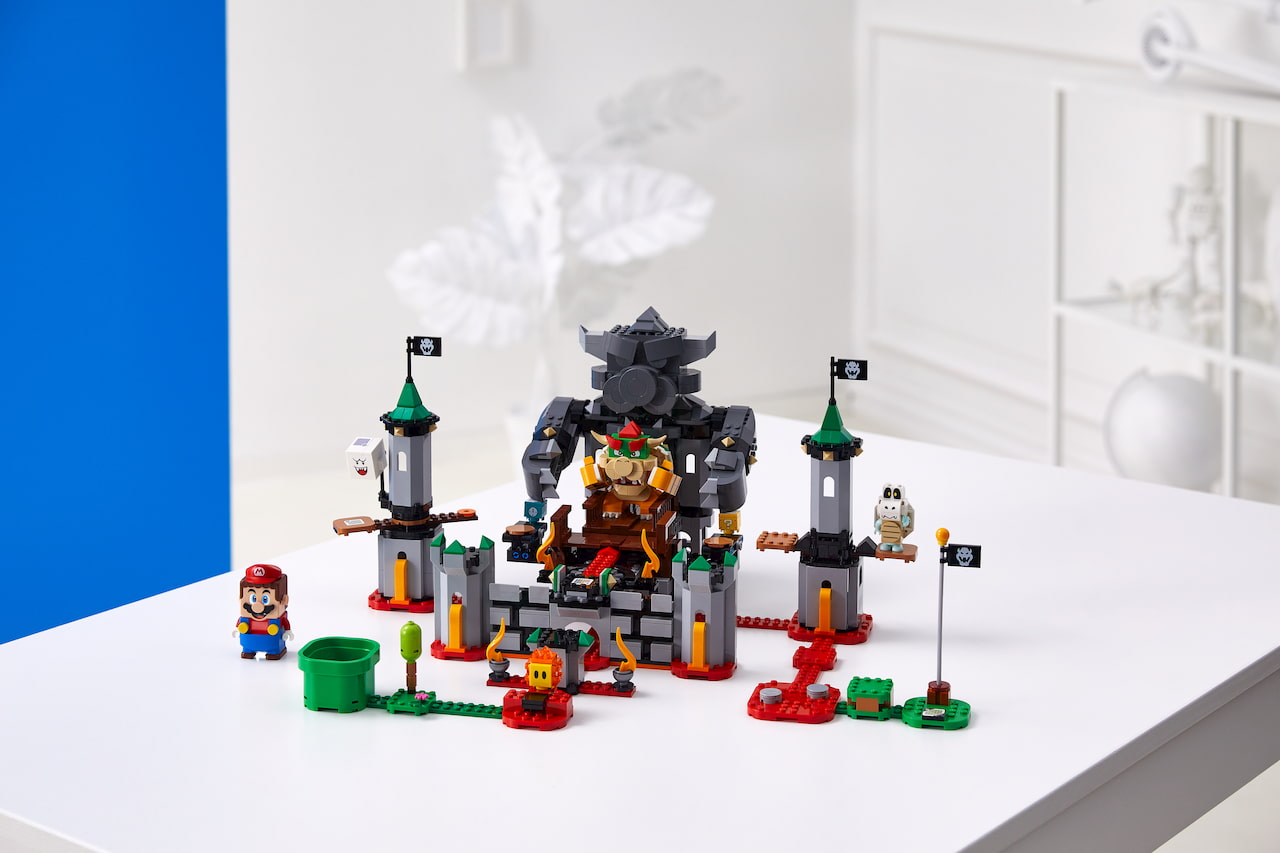 The LEGO sets can be paired with a LEGO Super Mario app, which will “keep track of scores to encourage continuous rebuilding.” It’ll also offer digital building instructions and house a forum where builders can exchange ideas with one another.

As with most things LEGO, however, these sets are going to be a little on the pricey side. LEGO and Nintendo have announced that the Starter Course will run $59.99, while the Piranha Plant expansion will cost $29.99 and the Bowser’s Castle expansion will set you back a full $99.99. All three sets are launching on August 1st, 2020, with the Starter Course up for pre-order today from LEGO’s website.