Legend of Zelda Maker might be the closest you can get

Next to Super Mario Bros., there is perhaps no other classic game that has been the object of every game designer’s dreams than the Legend of Zelda. When Nintendo surprised the gaming world with an official Mario Maker, there was, of course, hope that the game publisher would give the same treatment to Link and his world. While that is most probably an impossible dream, reality has never stopped others from trying to step in and making something like this totally unofficial The Legend of Zelda Maker.

This software has apparently been in the works for quite some time now but it is only now that its creator, Justin Sink, has announced a somewhat usable alpha version of what is currently still called “Zelda Maker”. As you can see, it basically allows budding game designers and developers or basically anyone with an itch to develop their own Zelda game levels in that iconic top-down style of the game’s earlier titles.

In practice, Zelda Maker seems to look much like an RPG Maker of sorts, which is well and good as that software has been quite popular among those who want to kickstart their game making careers or dreams. That said, the program is unabashedly customized to the idiosyncrasies of the Zelda world. Even the way tiles are laid out have effects that totally fit the game world. 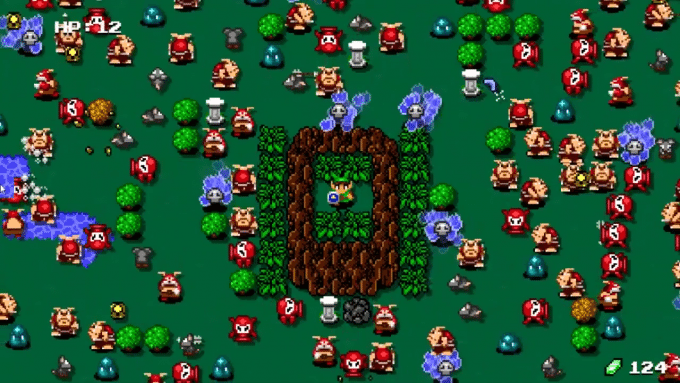 That fidelity to the Zelda style, however, might land the program in trouble, something that the developer himself admits. In due time, he will rename it to “Legend Maker” and will swap out sprites. However, e will not stop treating and talking about it like a Zelda Maker. That is, if Nintendo actually ever made one.

But will Nintendo indeed create a Zelda Maker? All signs currently point to “no”, but it did make a Mario Maker, so there might still be a chance, even if it is a distantly remote one.