A new type of road surface with LED lights embedded has been created with the goal of helping to detect pedestrians and warning drivers and bicyclists of road hazards. The new road has been unveiled in London and is hailed as the world’s first responsive road. It was developed by a company called Umbrellium for insurer Direct Line and has HD cameras and LEDs embedded into the road surface.

The two cameras in the road are able to record hundreds of variables and monitor the 22-meter crossing once they detect a pedestrian or other road user. The information can be fed from the cameras to a computer that runs the show in less than a hundredth of a second.

The road uses machine learning to predict pedestrian movements and create a crossing for them. The surface of the road is a high-impact plastic that could be embedded into asphalt in the future. The plastic surface is capable of withstanding heavy traffic according to the designers.

The plastic surface of the road has over 660 LED lights that are programmed to change colors and patterns to make pedestrian crossings or warnings for cyclists or drivers. The road took nine months to build and exactly how much it costs is a mystery. The video shows the road in action.

The prototype road is waterproof and can hold the weight of vehicles and people with the ability to tell the difference between a person, a vehicle, or a bicycle. The surface of the road looks slippery in the images, but there is no indication given of it grip is reduced compared to normal road surfaces. 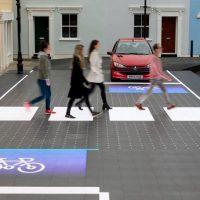 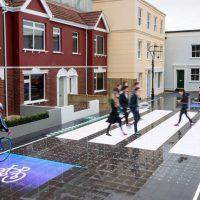 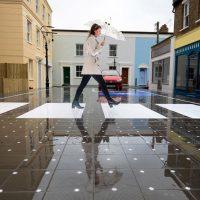 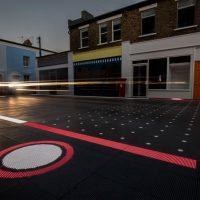 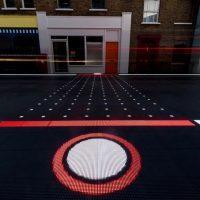 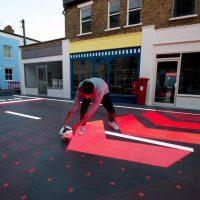 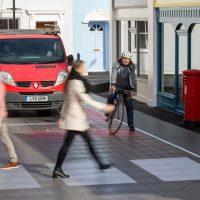 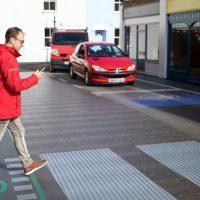