Lara Croft GO: imagine Tomb Raider as a board game

Square Enix seems to have found a new distraction: turning existing popular game franchises into turn-based strategy games played over what feels like a diorama board set. It has happened before with Hitman and has now happened again with Tomb Raider. Or rather, “Lara Croft”, as she is marketed now. Lara Croft GO, which launches on mobile as well as Windows 10, is meant to bring players back to the classic roots of the Tomb Raider games. Somewhat interestingly, it makes more sense than with Hitman GO.

Lara Croft GO takes the eponymous heroine back to her days of, well, raiding tombs and exploring ancient ruins in search of anything that’s worthwhile. Here, she’s out to uncover the secrets of the Queen of Venom but to do so, she needs to avoid traps, fight enemies, and generally stay alive. A typical day in the life Ms. Croft.

The original Tomb Raider games used a third person view, with the camera fixed behind the player character. Lara Croft GO is also in a third person view but this time it is in an isometric perspective more reminiscent of bored games. That was the same style that Square Enix brought to Hitman GO, which received mixed reviews, especially from fans who were disappointed by the treatrment. So why does it seem to work for Lara Croft?

Hitman was a stealth action game whose main appeal was seeing the action from the point of view of Agent 47. While Tomb Raider, especially the most recent title, had elements of action in them, the primary focus of the games were exploration and problem-solving. Stealth was a tool but not the main mechanic. Those elements translate very easily to an isometric board game where there isn’t much opportunity for realistic-looking stealth.

Lara Croft GO is now available across multiple platforms, including Windows 10, Android, iOS, and, surprisingly, Windows Phones. It isn’t free though, and costs $4.99 to play. 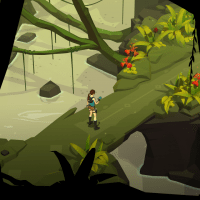 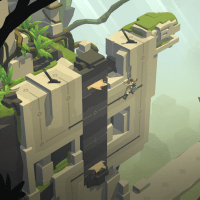 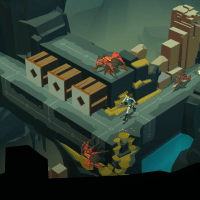 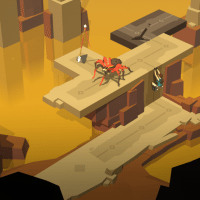 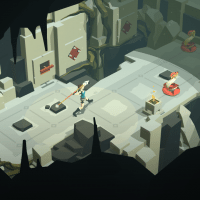