What should you do if you have a working engine of a luxury car but don’t have a luxury car to put it in? Why, convert it to a motorcycle engine, of course! While that admittedly might be the last thing to cross your mind in these situations, this is exactly what Chuck Beck did when he was gifted with a still perfectly working Lamborghini V12 petrol engine and loads of time on his hands while his wife was away for the summer.

Based on the appearance of the large engine, some speculate that it would have been the engine of a Lamborghini Countach, which would have given the motorcycle a horsepower range of 350 to 450, which is absurd for a two-wheeled vehicle. Not that the whole motorcycle doesn’t look absurd already with a large engine right up front, almost as big as the bike itself had it been on a regular bike engine.

Of course, absurdity never dissuaded anyone from such pursuits that demonstrated their prowess at assembling contraptions more than the actual practicality of such a machine. In fact, Beck’s Frankenstein is just one of the latest such motorcycles that have been fitted with engines from cars, many of them high-octane sports cars even. 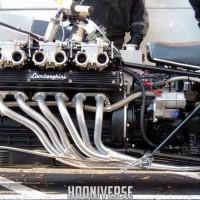 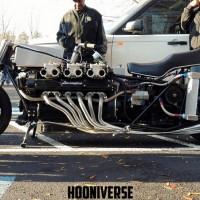 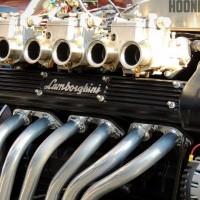 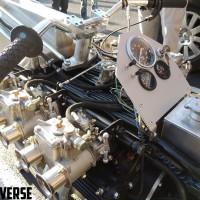 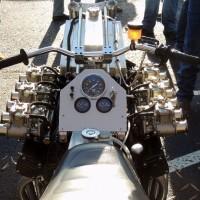 Whether or not they’d be legally allowed to drive this Lamborghini-powered motorcycle is not the point. The point is, of course, to be able to show off this work of art, which is definitely how its maker and its admirers view it. And if you’re on the same page, you can see and hear it in all its glory in the video below.