Back at the beginning of June, THQ Nordic confirmed that it’s remastering Kingdoms of Amalur: Reckoning, a game from the Xbox 360 and PS3 era that was the sole title made by 38 Studios. When it made that announcement, THQ Nordic gave us next to nothing in terms of details aside from confirming the title of the remaster – Kingdoms of Amalur: Re-Reckoning – and confirming that it would include all of Amalur‘s DLC.

Today, however, we’re finding out a bit more thanks to a new announcement trailer. The trailer doesn’t show off any gameplay, so we’ll have to wait for that, but at the end, it does make two big reveals. The first is that Kingdoms of Amalur: Re-Reckoning will be out on September 8th, 2020.

The second big reveal is that Kingdoms of Amalur: Re-Reckoning will be getting an entirely new expansion pack after it releases. Dubbed Fatesworn, THQ Nordic hasn’t described the DLC at all yet, but it has said that it’ll be out sometime in 2021. 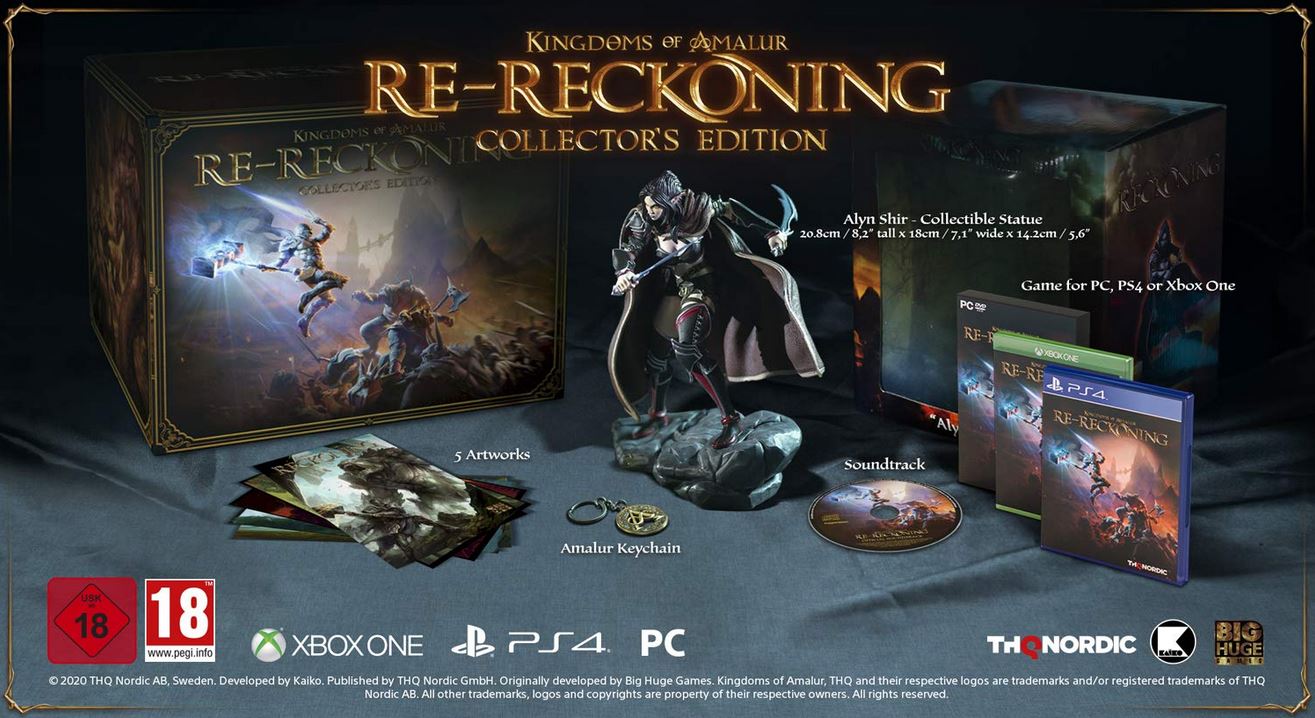 Listings for Kingdoms of Amalur: Re-Reckoning are already live over on Amazon, where we learn that the Standard Edition will run $39.99 on Xbox One, PlayStation 4, and PC. There will also be a Collector’s Edition that includes an Amalur keychain, a copy of the game, a collection of in-game artwork, a copy of the game’s soundtrack, and an Alyn Shir figurine. Amazon doesn’t list a price for the Collector’s Edition, but other retailers have it priced at $109.99.

Kingdoms of Amalur was supposed to be the beginning of a new franchise and pave the way for an MMO that was only known by its codename Project Copernicus, but when 38 Studios shut down, that basically dashed all hopes of a sequel to Amalur. Perhaps now that THQ Nordic has taken the reins, we’ll finally see that sequel after all these years? Time will tell, but considering that THQ is putting in the time and money to make a new expansion for Kingdoms of Amalur: Re-Reckoning, anything is possible.