Geeks rejoice! Not only do you now have a way to enjoy flavorful caffeine beverages packed in tiny capsules of bliss, you can also replicate that feeling with your favorite fizzy drinks. Yes, Keurig, the coffee brewing brand that made such home machines a household name, is doing the same for carbonated beverages. Partnering with Coca-Cola, it is putting out the Keurig Kold system, a soda dispensing machine that promises to be safer than other machines that also dispense carbonated liquids of sugar and happiness.

The secret to that promise is in the capsules themselves supposedly. Just like in their coffee versions, the capsules contain everything needed to produce the drink, bothy syrup and the carbon dioxide bubbles. How it does that is probably a patented secret. But that just means that there are no messy and dangerous CO2 canisters to worry about. Just add water, pop in the capsule, and wait for a minute for the Kold to do its magic. And yes, it chills the drink too during that time.

There are a variety of flavors available for the capsules, but, considering its partner, don’t expect to find some Pepsi in that list. There’s, of course, Coca-Cola, both regular and diet, and Sprite. But there are also other brands like Dr. Pepper, Canada Dry, and Fanta, along with Kreurig’s own Flyte, Waterful, and Red Barn Craft Soda. 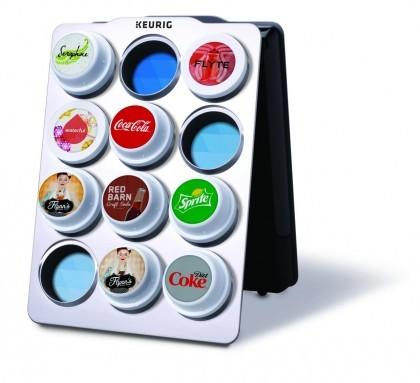 But before you go salivating over the machine and dreaming of your next sugar rush, do be aware of the price tag, which could give you a rude awakening. The Keurig Kold machine itself will cost $370 but a pack of 4 capsules will set you back $5. Since each capsule makes an 8 oz drink that means you’re practically paying $1.25 per 8 oz. If you’re still undaunted about the prospect of having your own soda in a capsule at home, the Keurig Kold will be available for pre-order soon and will start shipping sometime next month.