While movie tie-in games generally have a disappointing history, there’s definitely been a certain amount of excitement for Jurassic World Evolution that defies its status as one. Why wouldn’t there be? The game was made by Frontier Developments, which two years ago was responsible for the well-received Planet Coaster. On top of that, the Jurassic Park license lends itself perfectly to the type of theme park simulation we know Frontier is capable of making. If you like Jurassic Park, how could you not be at least a little excited for Evolution?

Jurassic World Evolution has been out digitally for a few weeks now, and it received a physical release on Xbox One and PlayStation 4 yesterday, July 3. I’ve been playing through Evolution when I have the chance (and those opportunities were sparse at the beginning, given that it launched right in the middle of E3), and I have to say that I’ve been somewhat conflicted with the end result. Having a look around the internet, I don’t think I’m the only one struggling to come up with an opinion on the game, either. 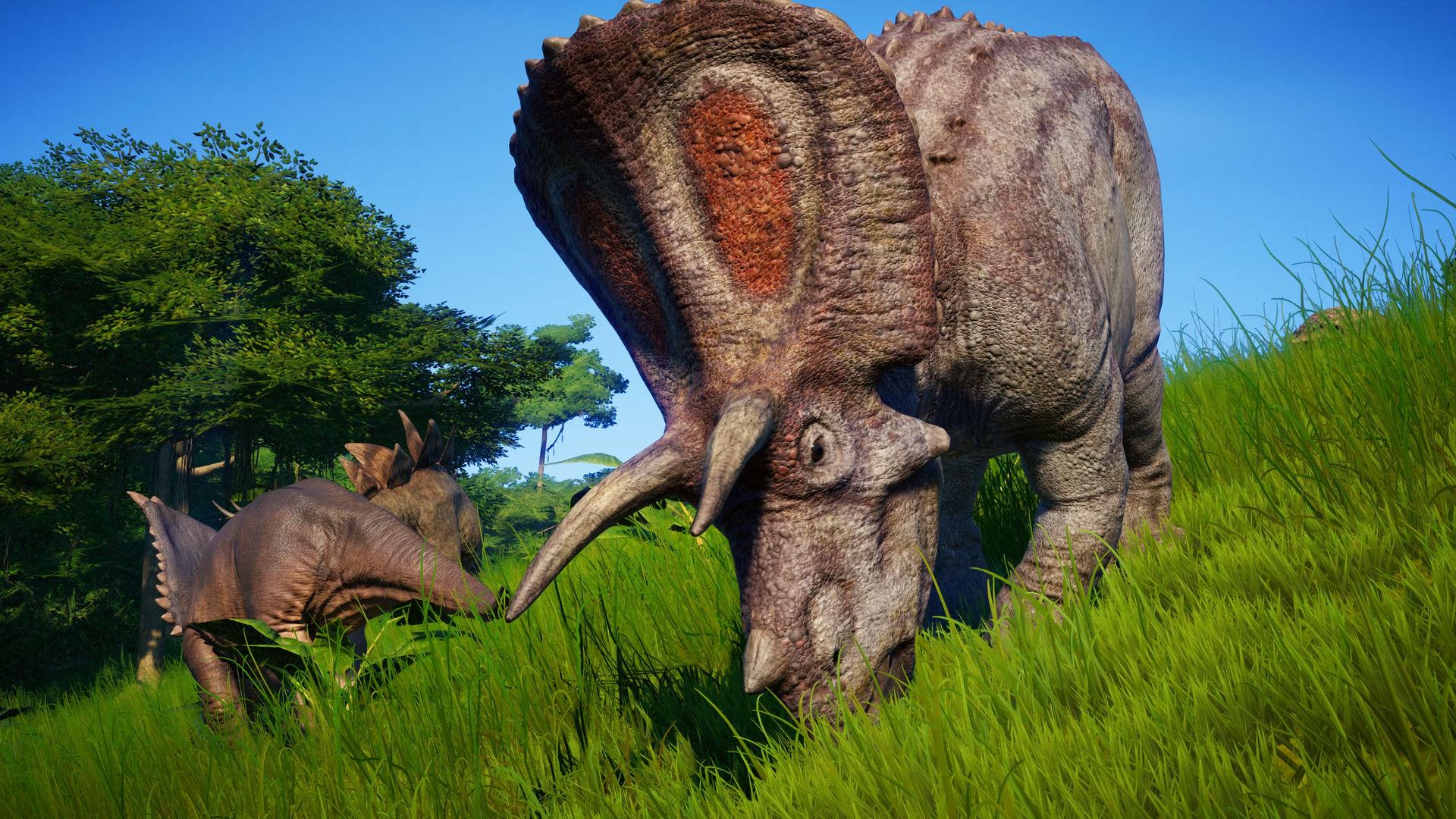 Before we dive into likes and dislikes, let me give you a little background on what’s influencing my opinion here. I actually have never played more than a few minutes of Planet Coaster, though it’s been sitting in my Steam library for a while now. I’ve also played enough of Frontier’s other big-name title, Elite: Dangerous, to know that it absolutely is not the game for me. So, Fontier’s history hasn’t really been an influence on my excitement for Evolution.

Instead, the reason I was so looking forward to Jurassic World Evolution is because of a somewhat unknown game from the early aughts called Jurassic Park: Operation Genesis. Operation Genesis was made for the PS2, Xbox, and PC, and it essentially set out to accomplish the same thing Evolution does: Allow the player to build their own Jurassic Park and deal with all of the dinosaur rampages, needy guests, and natural disasters that come along with such an endeavor. 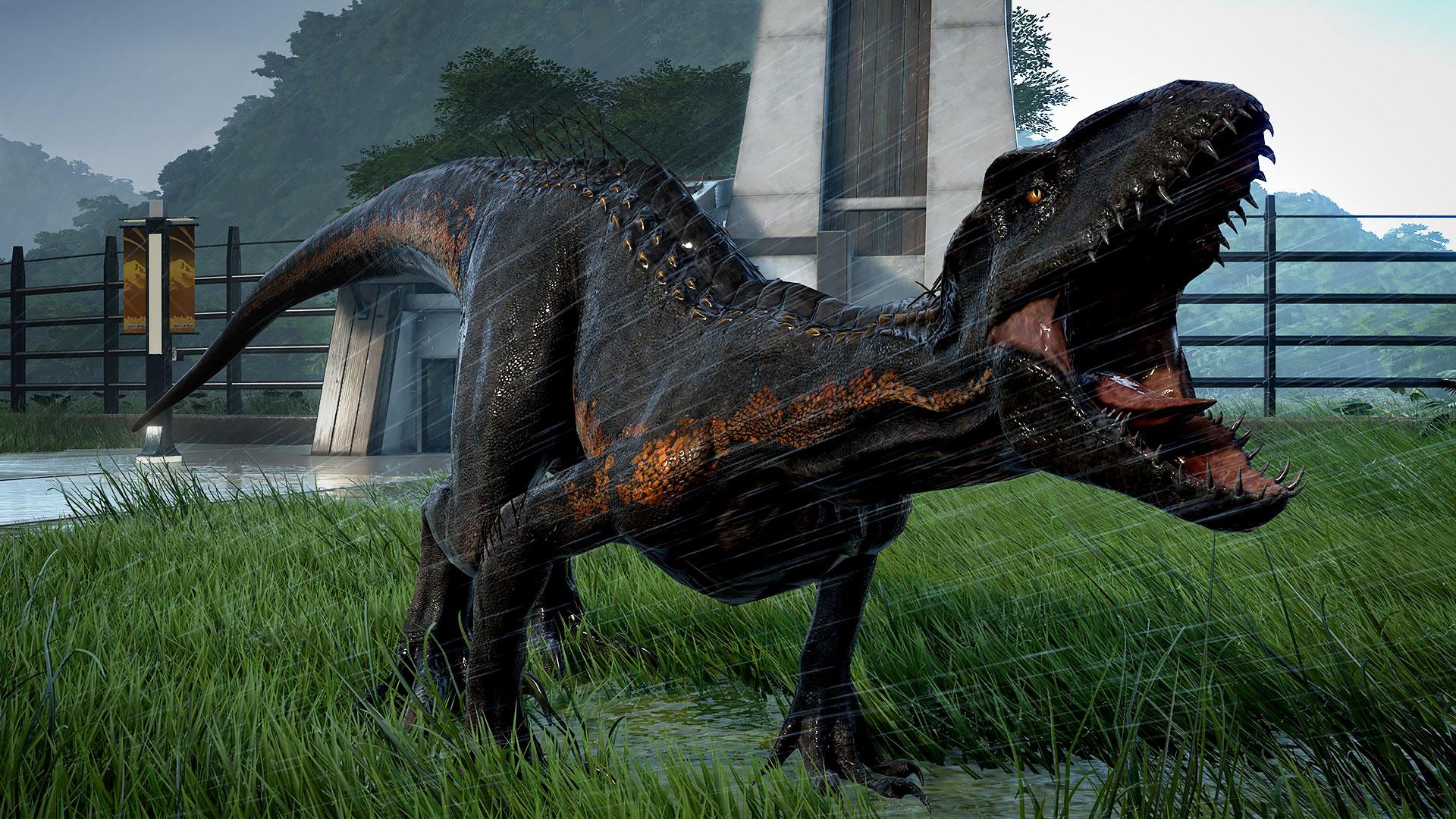 Jurassic Park: Operation Genesis received fair-to-good reviews when it first launched, but to me, it may as well have been a masterpiece. It had plenty of flaws, but I was able to overlook them because its core premise was so exciting to me. I loved sending dig teams to uncover fossils, completing dinosaur genomes, watching my dinosaurs, and making my guests happy, from the dino lovers to the thrill seekers. I’ve played it for hundreds of hours throughout the years, and I have no qualms saying that it’s one of my favorite games from that era.

I don’t think it’d be controversial to assume that many who played Operation Genesis were hoping for a similar-yet-improved experience in Jurassic World Evolution. In a lot of ways, Evolution delivers on those expectations. There were many times playing where I thought to myself that this is a strictly better version of Operation Genesis, and I think that’s true for much of the game. 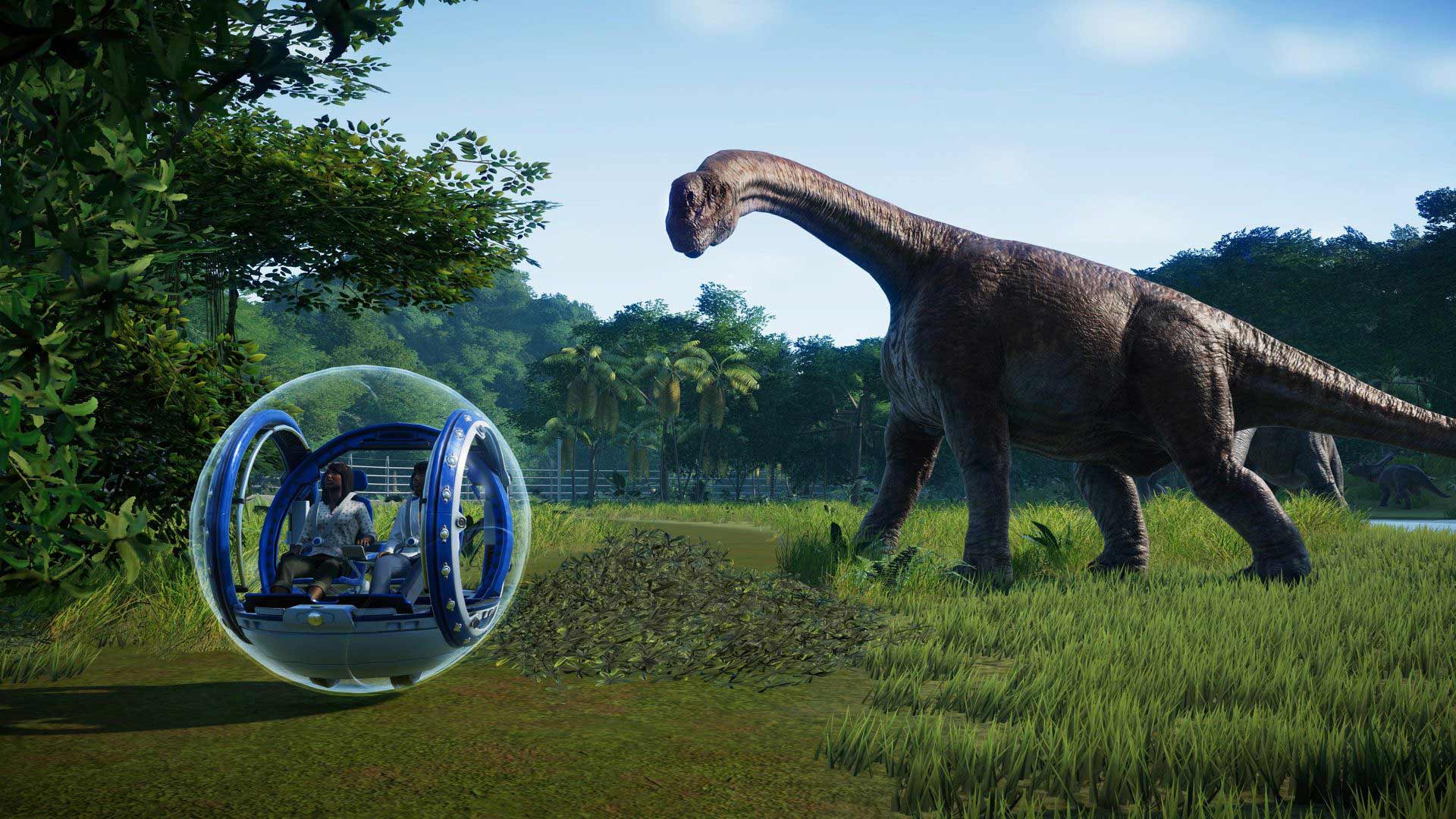 For starters, Evolution is a beautiful game. The dinosaurs in particular look fantastic, as do the weather, lighting, and environments. It’s definitely a game that’s easy on the eyes, and I suspect that many players will spend entirely too long gawking at their collection of dinosaurs because they look so good.

Jurassic World Evolution has a ton of different dinosaurs as well, with 37 in the base game, five more in the deluxe version of the game, and a further six in the recently-released Fallen Kingdom DLC, which ties into the movie of the same name. That brings the total up to 48, while Operation Genesis had a mere 25. Frontier definitely satisfies when it comes to dinosaur variety, and I think Evolution has a few species that most people, even those who count themselves as dinosaur lovers, have never heard of. 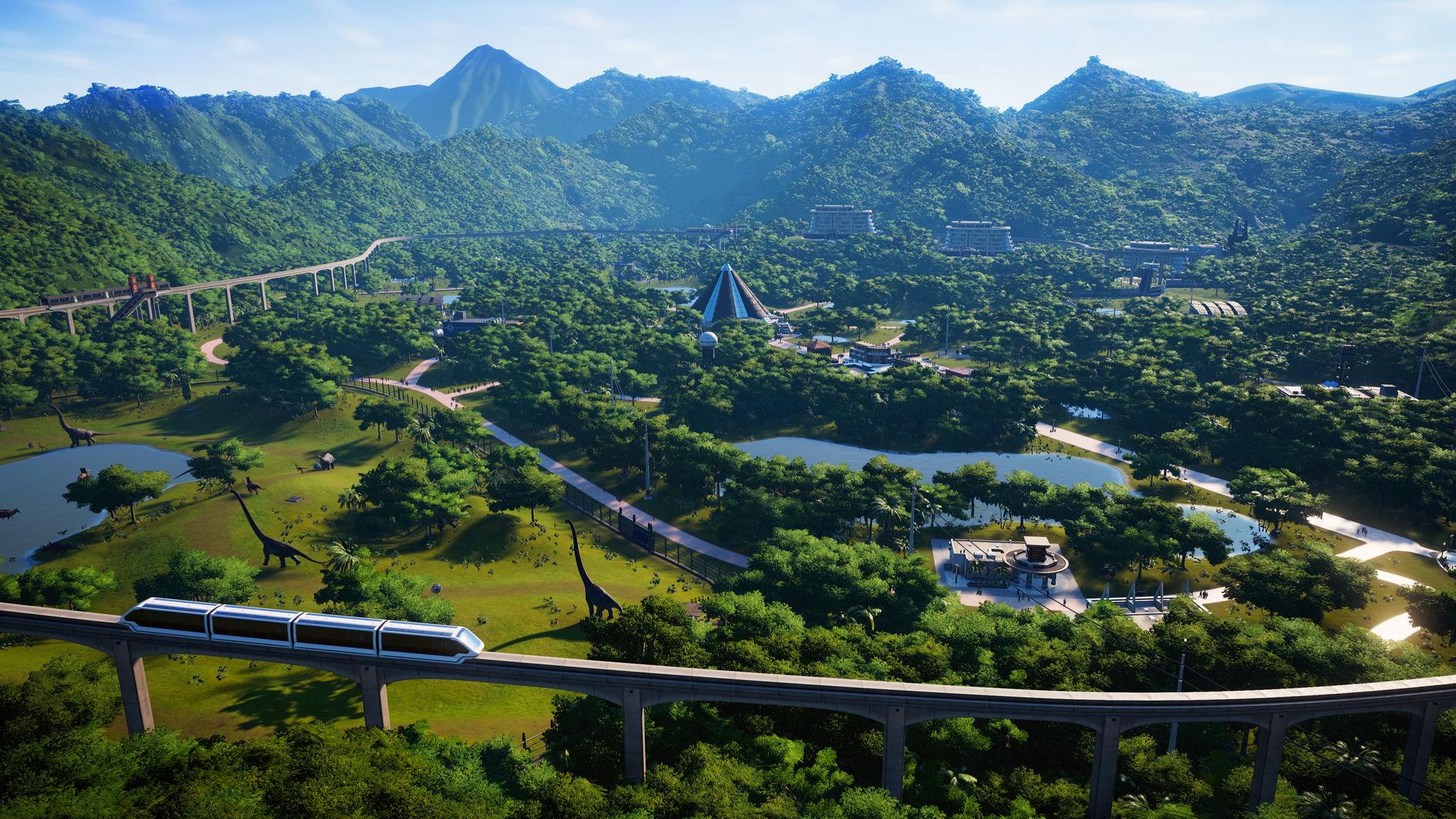 Generally, the game is fun too. The campaign takes you to five different islands, with the goal of building a successful park on each of them. Each island has its own type of challenges to overcome, and on each one, you’ll need to complete missions that satisfy three different branches of your park as a whole: science, security, and entertainment. Completing these missions will unlock new buildings to construct and technologies to research, in turn making it easier to achieve a higher park rating.

The core gameplay loop of the campaign is satisfying, and I’ve had a lot of fun completing the various challenges that each island presents. I will say that it becomes a little too easy to make money once you get up and running, though raising each park to a five-star rating is a bit more difficult. You can switch between all of the islands you’ve unlocked at will, which really lends to this feeling that you’re running a theme park empire instead of trying to make a single park succeed. 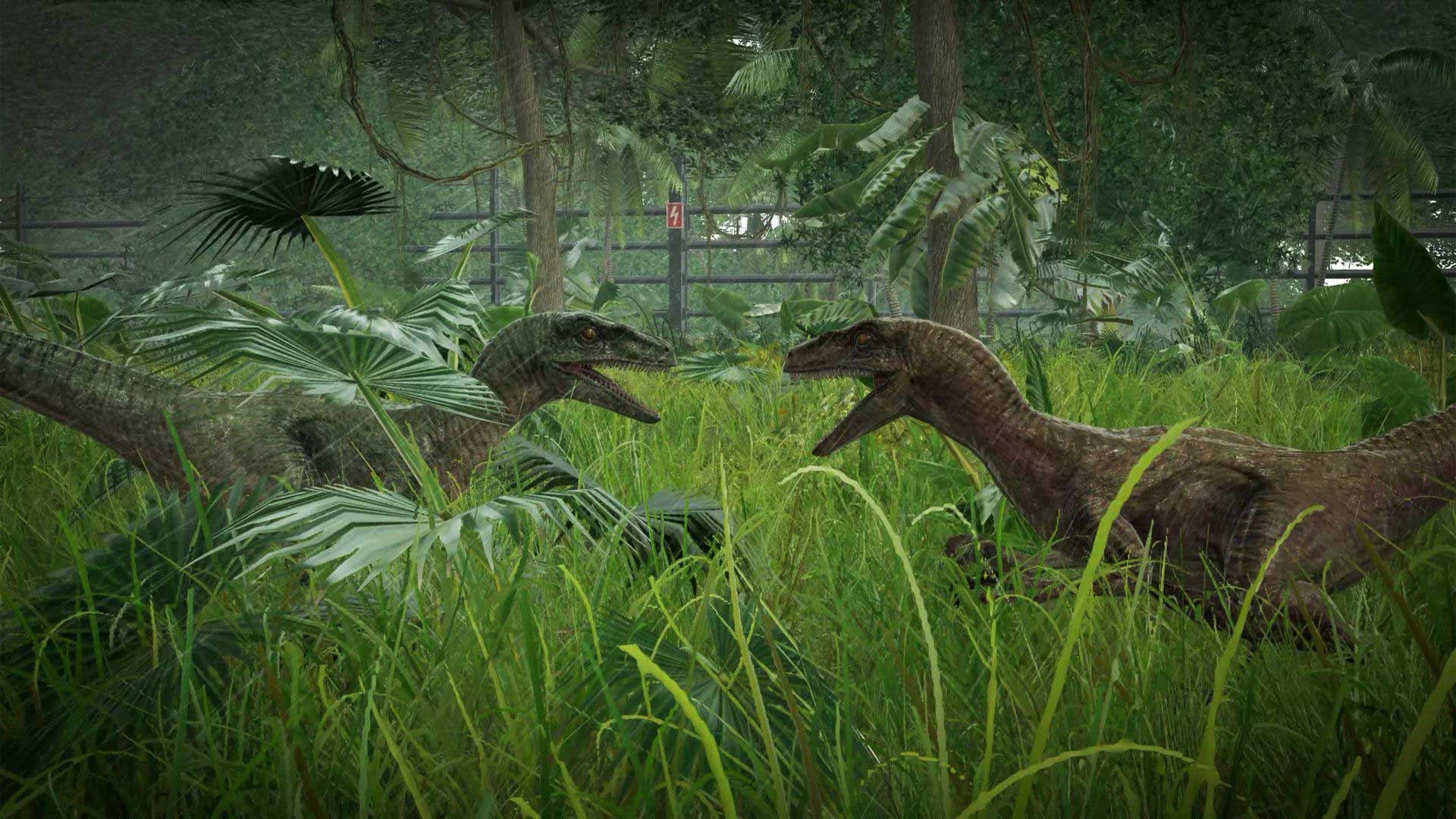 You’ll interact with a variety of different characters while you play, but some are definitely more compelling than others. Jeff Goldblum in his role as Dr. Ian Malcolm is unsurprisingly great, but the team leads you’ll encounter – the people who give you your science, entertainment, and security missions – are flat characters who are concerned with advancing their agenda at the expense of quite literally anything else. Their devotion to the park divisions they lead borders on comical in some instances.

In your one your earliest missions, for instance, your security director suggests that you let a dinosaur loose in the park to test the response time of your ranger teams. Sure, he might only be asking you to release a relatively harmless herbivore, but that’s still an awful, terrible idea considering that this game takes place in the same universe where dinosaurs have killed many people on multiple occasions specifically because they got out of their enclosures. 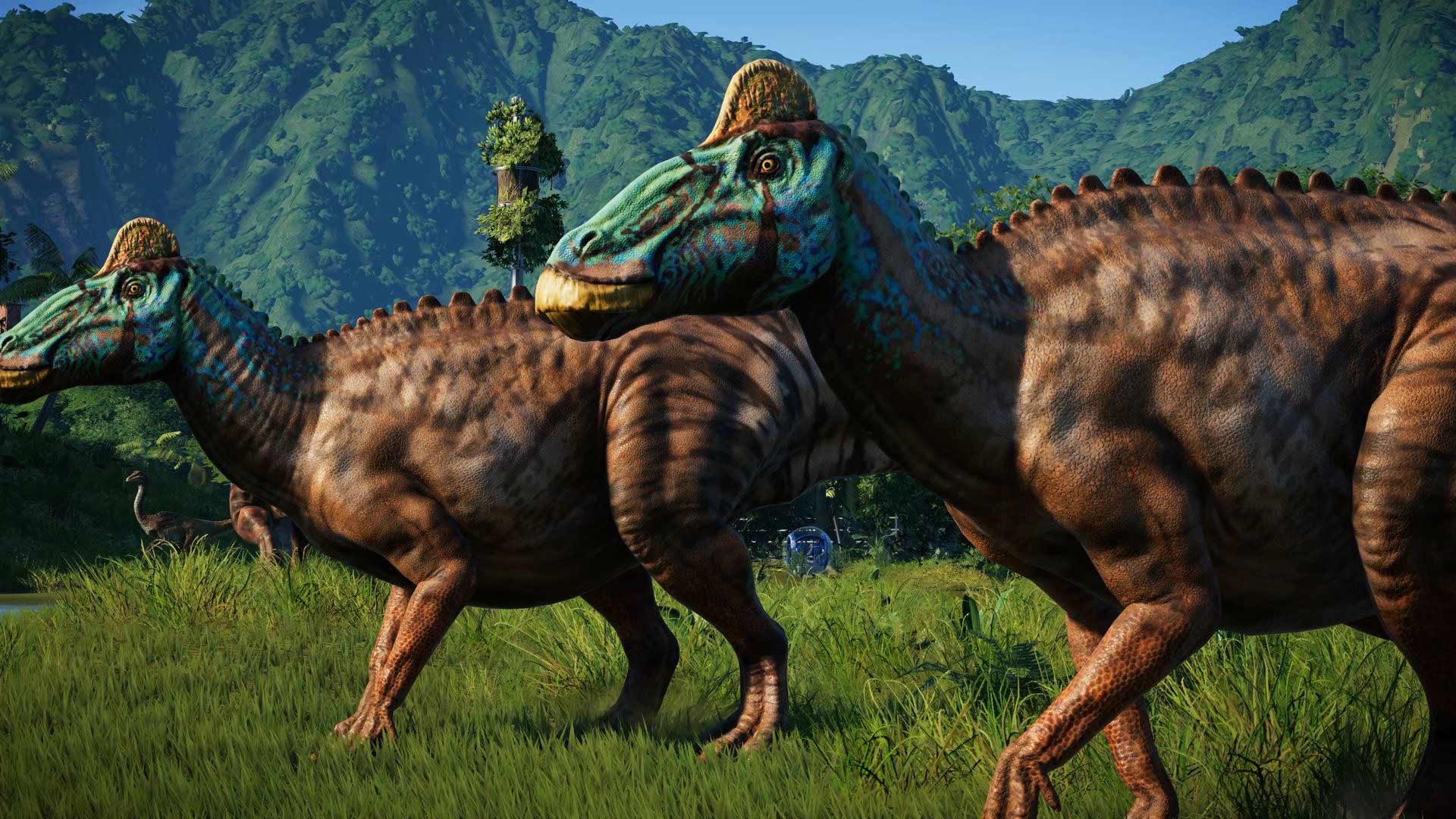 Accepting and completing a mission from one faction will typically – not always – lower your reputation with the other two, even if that hit to reputation makes no sense. In one scenario, my science lead tasked me with equipping my rangers with technology that allowed them to reload their guns faster. Somehow, this decreased my reputation with the head of security, even though I was upgrading the park rangers he offers as the solution to all of my problems. Why would he dislike that? I have no idea, and encountering these clearly out-of-character moments pulls you out of what is otherwise an immersive game.

I’ve seen some complaints that Jurassic World Evolution plays like a mobile game, with timers on certain tasks like research, expeditions to discover fossils, DNA extraction, and hatching dinosaurs. It’s true that each task makes you wait a few minutes until it’s complete, but honestly, it doesn’t really bother me as this is exactly how Operation Genesis handled those functions. 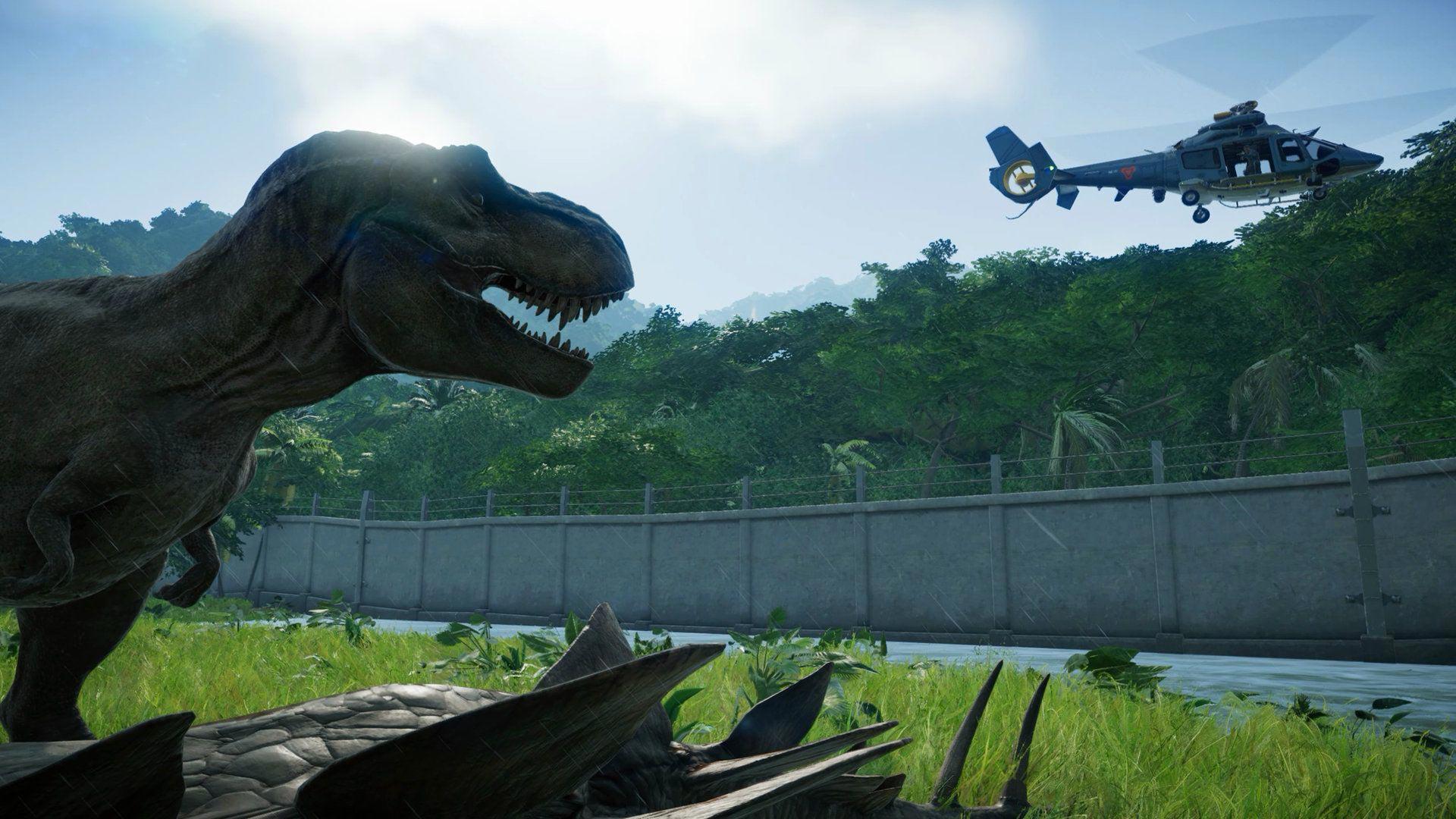 Another complaint I’ve seen is one of AI, and that’s one I tend to agree with more. Dinosaur AI feels a little limited at the moment. For instance, herbivores don’t seem to move in herds and carnivores seem to kill everything on sight. This makes having enclosures where carnivores and herbivores live alongside each other – and the carnivores only hunt the herbivores when they’re hungry – impossible, and that’s something of a let down for me.

There are other small gripes I have with the game, but I think the biggest disappointment is with sandbox mode. At a certain point in the game, you unlock Isla Nublar – the setting for both the original Jurassic Park and Jurassic World. Here, you can build any building and create any dinosaur you’ve unlocked through the campaign with unlimited funds, allowing you to build what should be your dream park. The only problem is that the available area on the island is tiny, to the point where it feels like you have to make concessions instead of building the park you’d really like to build. 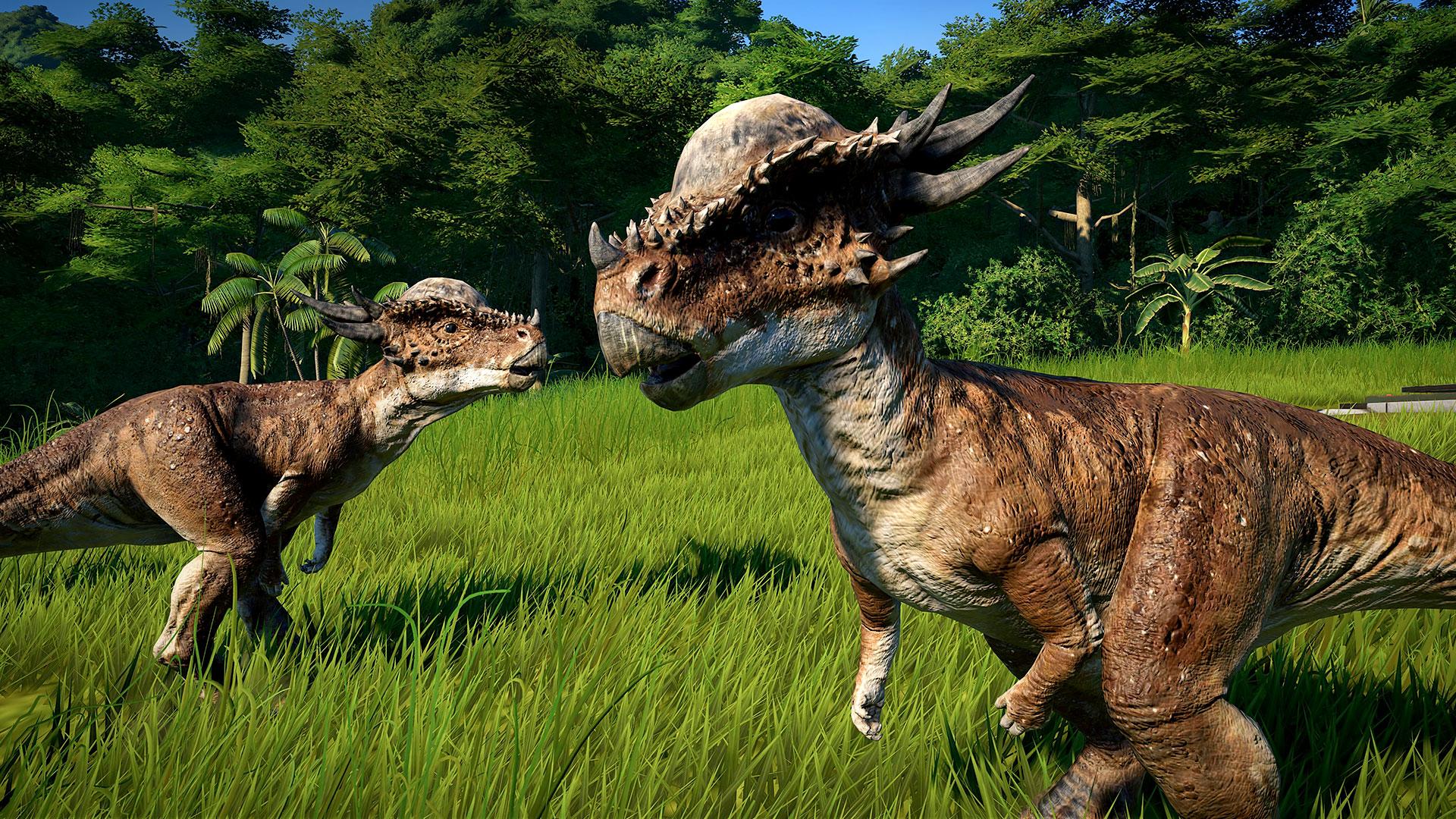 There also isn’t an option to start a park from scratch with some only some start-up funding and play from there, free from the confines of the campaign. This is what would add the most replayability for me, and I’m really disappointed that such a mode doesn’t exist. This exact mode is what kept me coming back to Operation Genesis year after year, and I think if Frontier added something similar to Evolution, it would vastly improve my enjoyment and opinion of the game.

I know it might seem like I have a lot of complaints about Jurassic World Evolution, but I scrutinize so much because I see how close Frontier is to brilliance with this game. It’s so close to being great, and all it’s going to take are some minor tweaks. Frontier has laid down an excellent foundation, and honestly, I think this game was denied some extra time in the oven because Universal wanted it out the door by the time Jurassic World: Fallen Kingdom hit theaters. 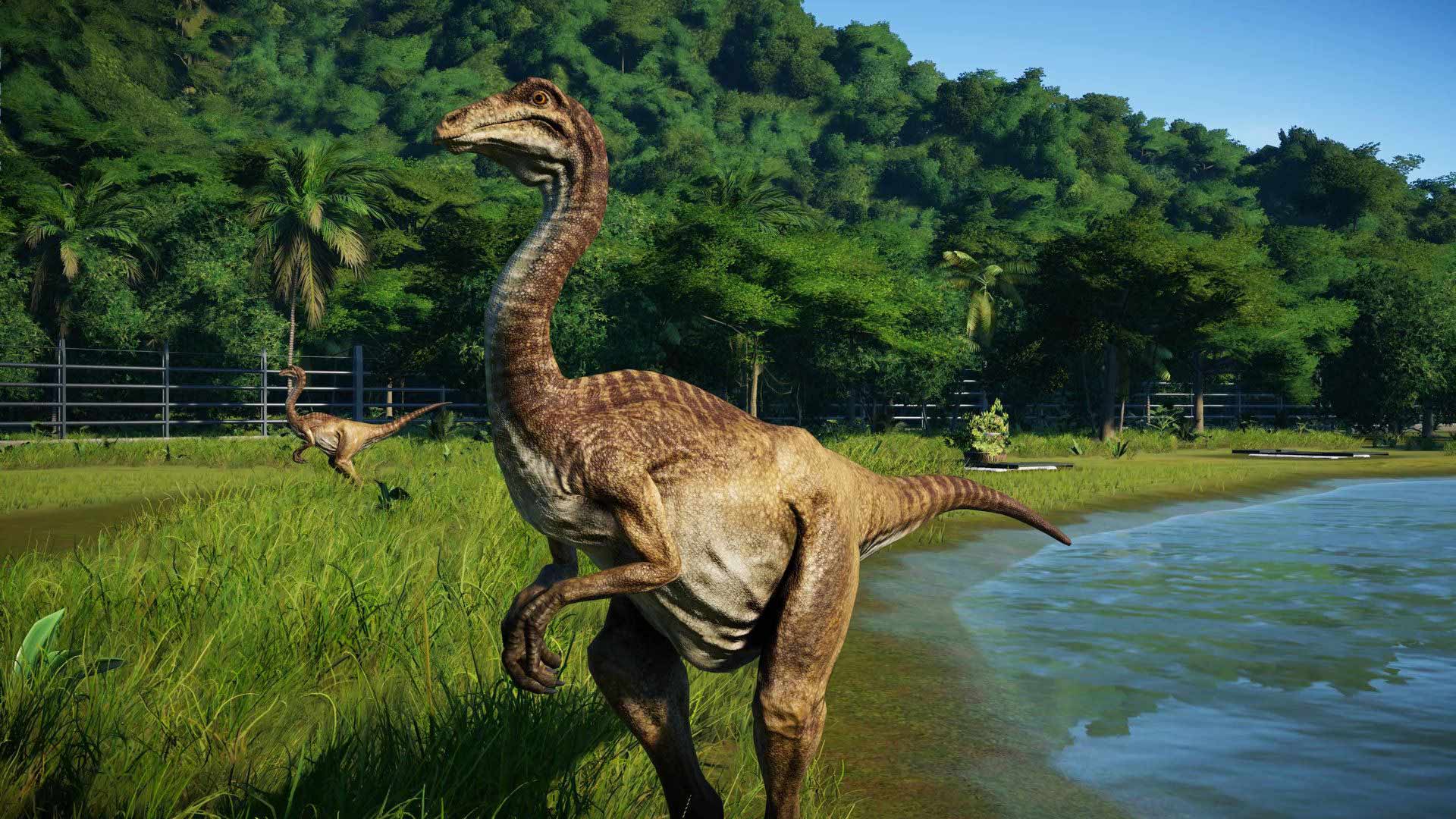 Given six more months of development, Jurassic World Evolution could be the game I’ve been waiting 15 years for. Frontier hasn’t really detailed plans for post-launch support yet, but it has indicated that it’s been listening to user feedback. That’s a great start, and the company plans to share a timeline of post-launch support soon. I’m very much looking forward to seeing that timeline, and I hope that Frontier is taking the criticism here and elsewhere on the internet to heart.

The big question is whether or not this game is worth the asking price. For me, it absolutely is, but I have a feeling that I like dinosaurs and the Jurassic Park franchise a little more than your average gamer. Let’s put it this way: If you wanted to be a paleontologist when you were a kid, this game is worth a purchase today. For everyone else, you might want to wait until Frontier talks more in depth about its support plans, or at least purchase it with the knowledge that it’s going to take a little more time before it Jurassic Park Evolution really hits its stride.