Just ahead of next week’s 2016 Los Angeles Auto Show, Jeep has taken the wraps off two new special edition trims of its Renegade crossover SUV. The first is the desert-themed (and thus appropriately named) Deserthawk, while the second is the Altitude, a trim design that has appeared on several other Jeep models. Both vehicles will be appearing at the LA Auto Show, but you can check out the details now right here.

The 2017 Renegade Deserthawk is essentially a spruced-up version of Jeep’s Renegade Trailhawk, but with a slightly bigger price tag. The Deserthawk takes the Trailhawk’s off-road stylings and puts a desert-themed twist on it: there’s black leather seats, black painted 17-inch wheels, a unique Mojave Sand paint color, hood and body panel decals, and equipment for towing a trailer.

The Deserthawk also features a 2.4-liter four-cylinder engine and nine-speed automatic transmission, Jeep’s Trail Rated 4×4 capability, and 8.7 inches of ground clearance. Priced at $28,140, it will be available at dealerships starting in January. 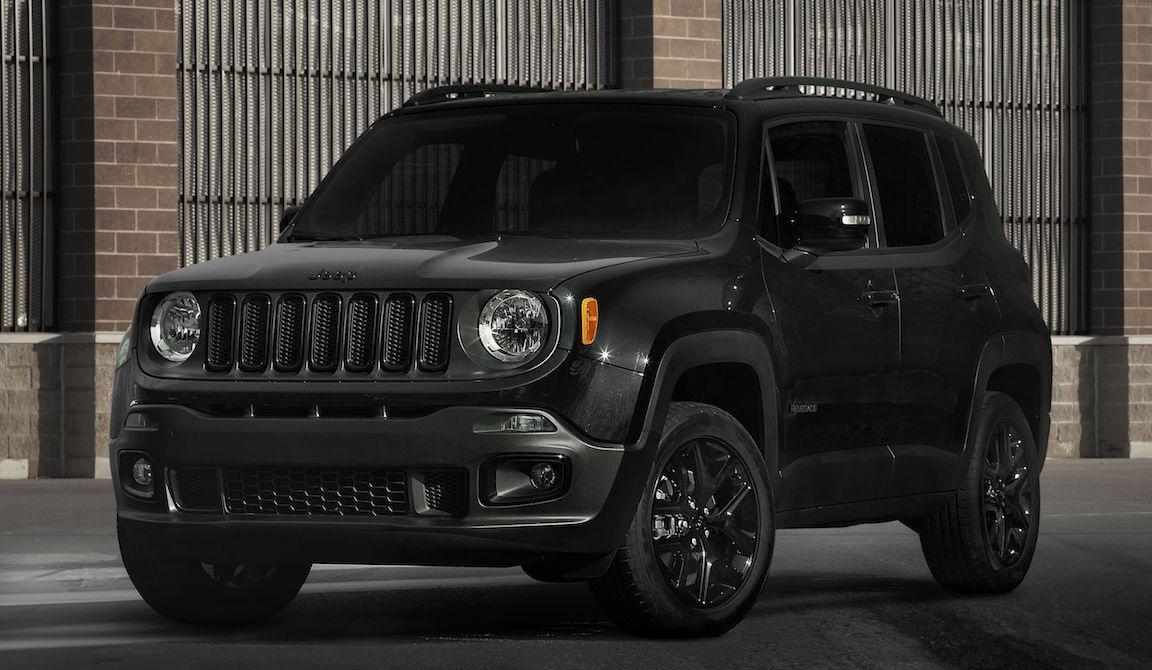 Jeep’s other new addition is the 2017 Renegade Altitude, which sees almost every surface of the car turned black. There’s black 18-inch wheels, black badges, a blacked-out grille, and black tail lamp rings. As for the interior, everything there is black too.

The Renegade Altitude will be available later this month starting at $22,390. It comes with a 160-hp 1.4-liter turbocharged four-cylinder engine paired with a six-speed manual transmission as the standard option, but buyers can also opt for a 180-hp 2.4-liter four-cylinder with a nine-speed automatic.