Anyone who has ever been in a rural area and ended up stuck behind a tractor driving down the road has wished that tractors could go the speed limit. The tractor makers over at JCB have a tractor that you won’t want to see behind you. The tractor is called the JCB Fastrac Two that holds the Guinness World Record for the world’s fastest tractor.

The giant tractor was driven by a man called Guy Martin. It achieved a peak speed of 153.771 mph in testing. The two-way average for the tractor that landed the world record was cited as 135.191 mph. The record was set in October in the UK.

Fastrac Two took the record from the JCB Fastrac Special that went 103.6 mph in June. The company didn’t feel that 103 mph was fast enough, so it beat its record. The special tractor has full suspension front and rear. The engine powering the beast is a highly-modified JCB Dieselmax 7.2L six-cylinder turbo diesel. It was modified to make 1,016 hp and over 2,500 Nm of torque. 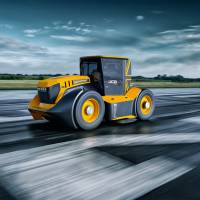 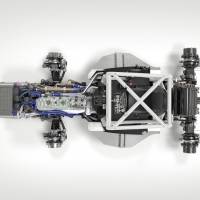 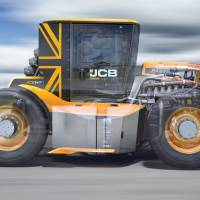 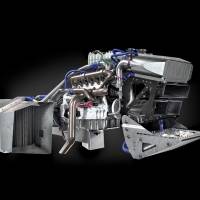 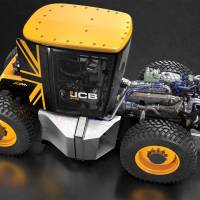 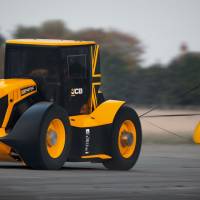 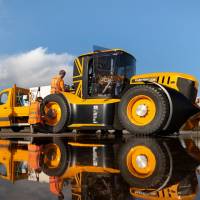 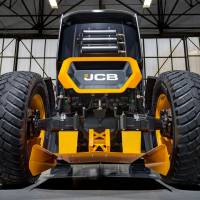 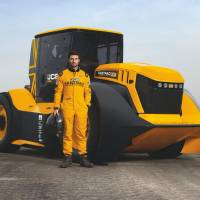 Compared to the stock tractor, the Fastrac Two uses a larger turbo that makes 5.0 bar of boost and an electric supercharger. It also has water in injection, charge-air cooling that slurps air through ice-tanks to reduce intake temperatures by 50C. The exhaust manifold was also revised for improved flow.

The tractor body was lowered, and it was fitted with a Williams Advanced Engineering Aerodynamic kit and lots of other mods. The normal transmission was replaced with a ZF six-speed H-pattern manual truck gearbox. It sounds as if this was one very expensive tractor to build.