Google will use the vehicle to map streets and measure air quality in partnership with the Dublin City Council. The initiative is called “Air View Dublin” and launched this month. Under the plan, the I-Pace will collect data on public roads for the next 12 months. The initiative is part of Jaguar Land Rover’s future strategy to collaborate with industry leaders to enhance sustainability and reduce emissions.

Jaguar currently has a plan to become a net zero carbon business by 2039. The technology fitted to the vehicle will allow the I-Pace to measure Street-by-Street air quality in Dublin, including nitrogen dioxide and carbon dioxide emissions along with fine particles. Data gathered by the vehicle as it drives the streets will also update Google Maps for users in the area.

The sensors fitted to the vehicle for monitoring air quality were developed by a company called Aclima. Google scientific research partners will analyze data gathered by the sensors. To fit the sensors and Street View equipment to the electric vehicle, engineers from Jaguar Land Rover created a new roof mounting for the Street View camera. They also fitted new rear window glass to allow for wiring and redesigned interior switchgear for the Street View controls. 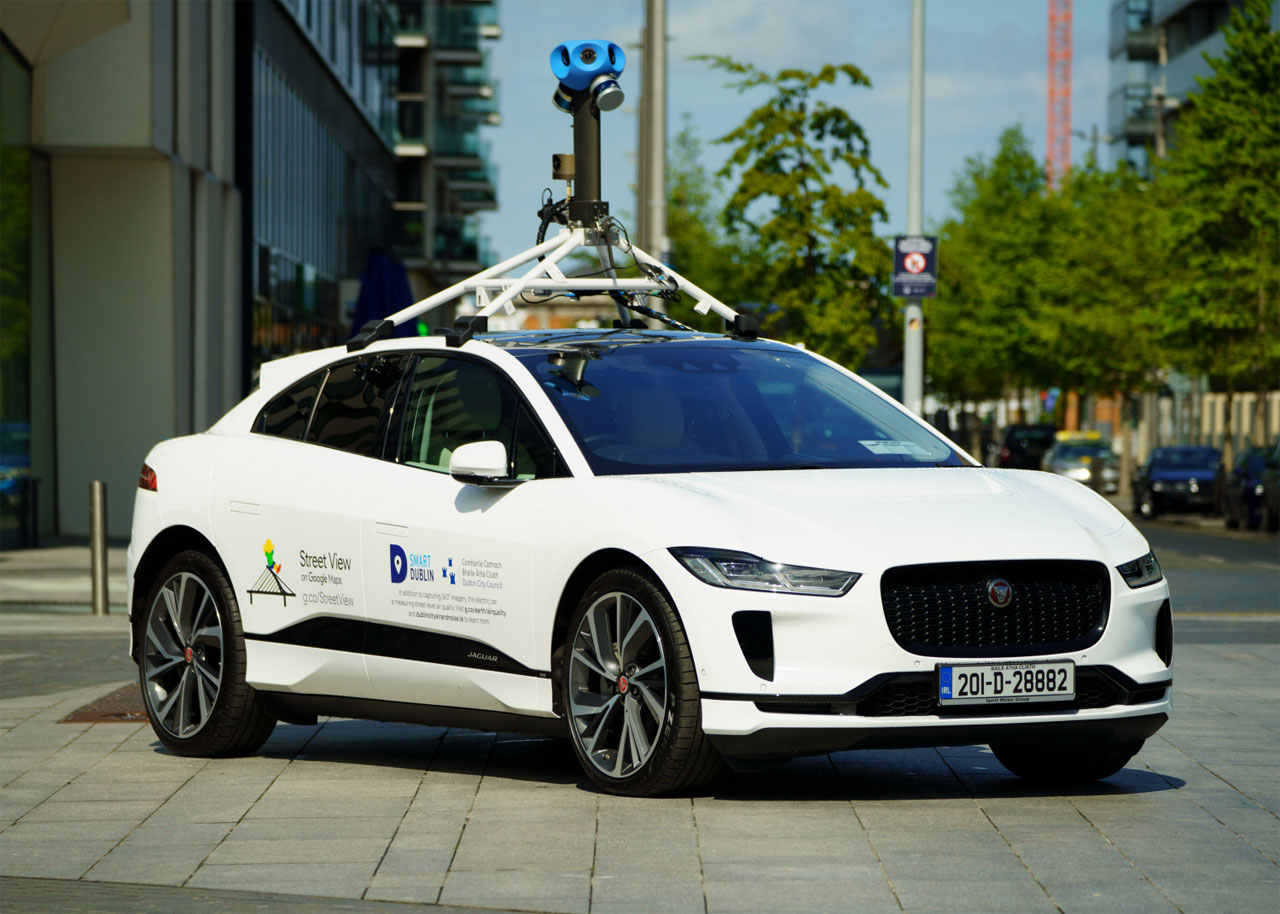 The I-Pace Street View vehicle driver will be protected via the SUVs cabin air ionization and PM2.5 filtration. Jaguar says partnerships such as this one with Google and the city of Dublin is one of the ways it will achieve its sustainability goals and make a positive impact on society.