Jaguar Land Rover has announced that it is partnering with the city of Oslo to launch a new wireless charging taxi project. Jaguar will provide the I-PACE for the wireless high-power charging taxi service. The project is vital to the city of Oslo, which is the capital of Norway, where all taxis have to be omissions free by Q1 2024.

The support Oslo’s ElectriCity initiative, Jaguar, is joining with taxi operator Cabonline, the largest charge point operator in the region called Fortum Recharge, a United States company called Momentum Dynamics and the city of Oslo itself. Together the organizations will build a wireless, high-power charging infrastructure for taxis in the Norwegian capital.

For Jaguar’s part, it provided 25 all-electric Jaguar I-PACE SUVs to Cabonline. When completed, the project will be the first wireless high-power charging system for electric taxis in the world. Jaguar says that it’s electric SUV has been designed to enable the Momentum Dynamics wireless charging technology, making it the ideal vehicle for the initiative. 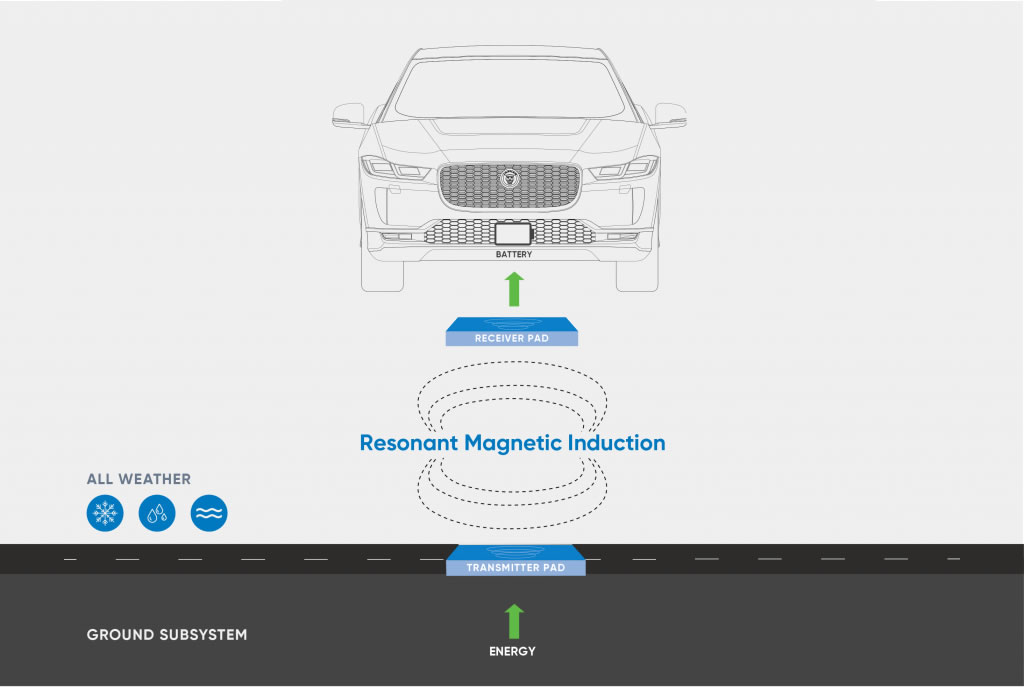 Fortum Recharge will support the installation and electrification efforts with both Jag and Momentum, helping to test the wireless charging solution. The system will feature multiple charging plates rated at 50-75 kilowatts, each installed in the ground in a series of pickup and drop-off locations. Each of the taxis can charge while sitting and waiting for the next fare.

The wireless charging system uses no cables, no physical connection between the charger and vehicle needed. The system engages automatically and provides an average of 6 to 8 minutes of energy per charge up to 50kW. The goal is to allow the electric taxis to stay in operation 24 hours a day without driving range restrictions.