Mobile games are a dime a dozen these days, but very few are those that will keep you engrossed in a non-repetitive task for hours on end. That kind of experience is more common in PC, or console, games, especially those from years back. But what if you could have the best of both worlds? That’s exactly what Aspyr Media has accomplished by bringing Jade Empire, one of BioWare’s classic RPGs from PC to iOS and Mac. And this time, it isn’t one of them wizard and elf types.

Before Mass Effect and Dragon Age, BioWare already made a name for itself for RPGs that spanned different fictional worlds, from Dungeons and Dragons to Star Wars. Jade Empire was one of the game developer’s more or less successful attempts at a completely different setting, one that aimed to bring a piece of China to gamers. 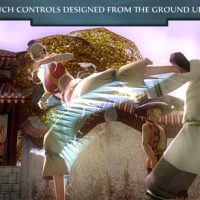 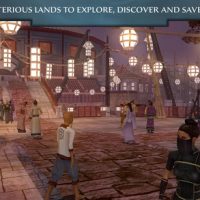 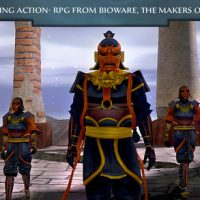 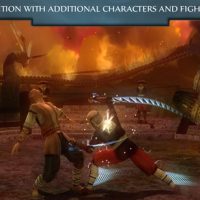 More than a decade later, Aspyr Media has brought that one of a kind BioWare title to Apple’s platforms, both mobile and desktop. Mobile gamers in particular might be interested in this title, as it is a much-needed change of atmosphere from the myriad “online” games that are starting to all look alike.

Jade Empire for iOS and macOS is a port of the expanded Special Edition of the game. Graphics-wise, it will probably show its age, not unlike Star Wars: Knights of the Old Republic, also a BioWare RPG available on iOS as well. That’s not to say it doesn’t have its share of special features. In addition to a revamped touch-friendly interface, the game also has support for MFi controllers. Achievements, like in any modern game, are also present. Totally new are the Expert Controls which does away with the expected virtual D-Pad and buttons style of interface with one that takes advantage of swiping gestures.

Mobile gamers might balk at the $9.99 price tag for the Jade Empire, which is actually the same on both iOS and Mac App Stores. That said, that isn’t actually uncommon for mobile ports of PC games, especially when they are worth every penny.