What was old is new again in the entertainment industry with old consoles getting mini makeovers and vinyl coming back in fashion. For some people, however, their first music experience wasn’t with phonograph but with cassette players. The darling of the 80s, cassettes were perhaps the last stage of the analog audio world before MP3s became, and still are, the king. In time for the retro revolution, the IT’S OK campaign popped up on Kickstarter to bring back the beloved audio device with a slightly modern twist.

IT’S OK is pretty much a Walkman with Bluetooth. That’s really what it is beyond all the nostalgia messaging. And not just any Bluetooth, mind, but Bluetooth 5.0. That theoretically means faster and better audio quality with less power draw. 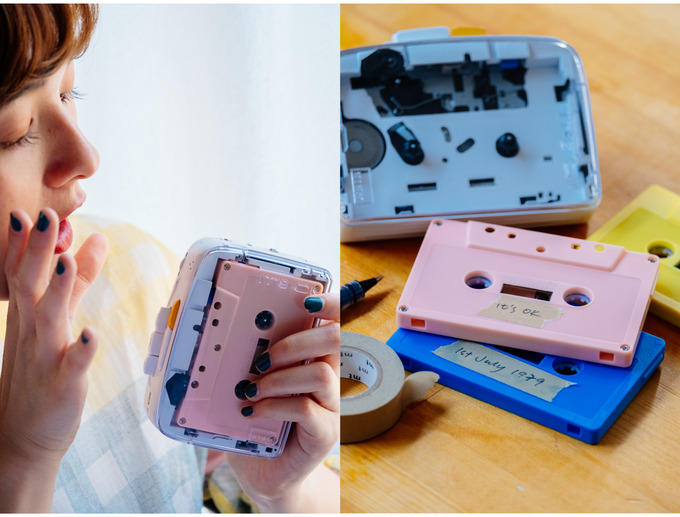 Of course, it also has a 3.5 mm headphone jack, because what genuine cassette player would be without one. It’s also a cassette recorder and even ships with one blank cassette that has a 60-minute duration. And like the cassette’s of old, it has a limited length and you’ll have to record over old audio eventually.

Despite having an old-school purpose, the cassette player and recorder does have a modern look. The transparent design makes sure it won’t be mistaken for an MP3 player in disguise while the color options try to appeal to the young and the young at heart alike.

Like many projects on Kickstarter, IT’S OK tries to make an appeal to nostalgia that seems to be working. It has already raised three times its funding goal with a message that says IT’S OK to be romantic and nostalgic for the artifacts of a bygone era.